The Sweetest Thing You Can Sing Blog Tour - Excerpt & Giveaway 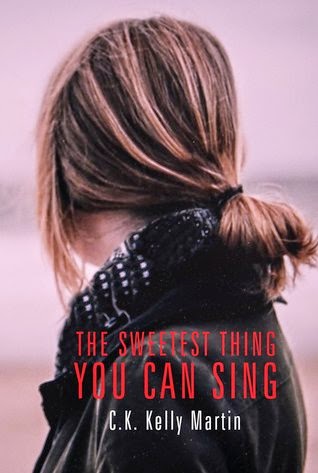 Losing weight over the summer gains Serena some popularity, but it also means discovering first-hand the pains of being a fifteen-year-old girl in a world that both sexualizes and shames young women. After narrowly avoiding exploitation in a shortlived relationship, Serena aligns with a new friend who was the victim of an explicit image that was shared at school. When Serena finds herself in a relationship with a new guy, she is surprised to find a different set of expectations. But have her previous experiences damaged her too much to make it work? As Serena struggles to find who she is as opposed to who she is expected to be, she begins sighting Devin – her older brother who disappeared months earlier.


I turn to see what’s behind me, expecting my heart to stop in fear. I’m positive it will be a psycho killer with a knife or some ancient horned evil, but it’s neither of those things. A version of Devin’s standing there under the bridge with me. He’s gotten so skinny that he looks like something from a medical journal. His head doesn’t sit right on his shoulders and his anorexic arms are stiff like a zombie’s. I know in an instant that he wasn’t chasing me and doesn’t mean to harm me. He doesn’t even know I’m there.
He’s gone. Lost.
I stare at the empty person in front of me and watch him walk. He thuds right by me, into the night, his eyes dull in their sockets and his face expressionless.
That’s the moment I wake up, alone in the dark missing a brother. He could be anywhere. He could be dead. I shiver and sweat at the same time, thinking about that.
Back in mid-July a jogger in Newmarket stumbled across a body near a running path in the woods. The newspaper described it as a young white male, fully clothed. My mom’s hands started shaking and my dad kept saying there was no reason for Devin to be in Newmarket, no reason. We live about an hour away from Newmarket, but I’ve never been there and I’d never heard Devin mention the place either. Like my father said, there was no reason for Devin to be in Newmarket.
Only maybe he hadn’t started out in Newmarket. He could’ve been kidnapped or gotten himself in the middle of a drug deal gone bad. Maybe he was screwing some married woman and her husband found them together and got violent. My mind raced as my mom’s hands continued to shake. You never knew with Devin. He’d become the kind of person anything could happen to.
By the time he left us, he’d already lost touch with lots of his old friends. The only people I saw him with were ones who either wouldn’t look you in the eye or would stare for too long and make you want to take a step away from them. There were random girls too — one who wouldn’t stop shouting while they were in his bedroom and who later stumbled out having forgotten to button up her jeans and another whom I caught a glimpse of him having sex with (her miniskirt hitched up and her thong around her ankles) through the wide open bathroom door before I realized what was happening and took off for Izzy’s house.
“There’s no reason at all for us to assume it could be Devin,” my dad repeated, his face pale. “This article gives next to no details. The description probably fits a million people in this country.”
My mother said we should call the Newmarket police department, and the suggestion made my dad raise his voice. “No one’s calling the police department,” he insisted. “Devin’s not a missing person. He left of his own free will. We can’t ring up police departments across the country every time we open the newspaper, for God’s sake.”
My mom scrunched up her eyebrows. “We’re talking about our son,” she said hoarsely. “If I have to call police departments across the country, I will.”
Mom snatched up the cordless and dialled information to ask for the number. Dad listened to her without offering another word of protest. The two of us sat there trying to piece together details from the half of the conversation we could hear. Mom’s fingers trembled worse than ever as she hung up. She said that the body had just been identified as a young man from Quebec but that the police wouldn’t reveal any more as the family had yet to be notified. I silently cursed my brother for making us miserable, even as relief clawed at my throat.
My mind sifts through it all again as I roll over in bed — dream Devin, missing Devin, the Devin who would’ve applauded me for calling it quits with Jacob and the one who raged at my mother, accusing her of trying to make him fat when she was only trying to get him to eat some pot roast and peas.
It makes me so sad to think about that I can hardly stand it. Does anyone bother to coax Devin to eat dinner anymore? 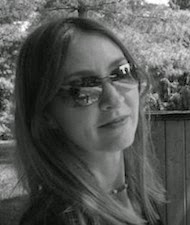 C.K. KELLY MARTIN’s bestselling debut novel, I Know It’s Over, was published in 2008. It was followed by One Lonely Degree, The Lighter Side of Life and Death, My Beating Teenage Heart and the sci-fi thriller, Yesterday. A graduate of the Film Studies program at York University, Martin loves good books, movies, music, web design, and Ireland. She currently resides in Oakville, Ontario.