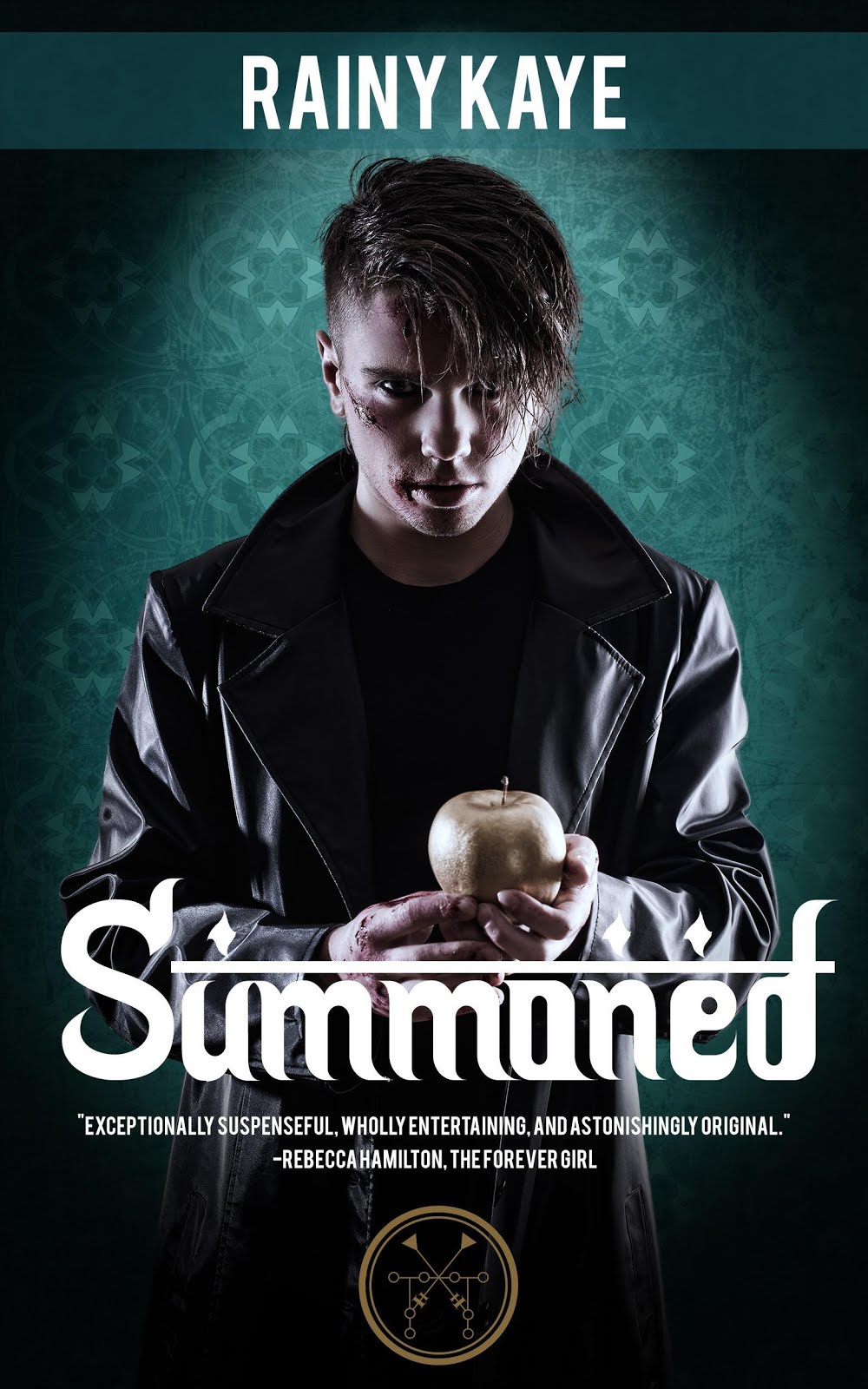 Twenty-three year old Dimitri has to do what he is told—literally. Controlled by a paranormal bond, he is forced to use his wits to fulfill unlimited deadly wishes made by multimillionaire Karl Walker.

Dimitri has no idea how his family line became trapped in the genie bond. He just knows resisting has never ended well. When he meets Syd—assertive, sexy, intelligent Syd—he becomes determined to make her his own. Except Karl has ensured Dimitri can't tell anyone about the bond, and Syd isn't the type to tolerate secrets.

Then Karl starts sending him away on back-to-back wishes. Unable to balance love and lies, Dimitri sets out to uncover Karl's ultimate plan and put it to an end. But doing so forces him to confront the one wish he never saw coming—the wish that will destroy him.
Summoned is represented by Rossano Trentin of TZLA.
Find out more at http://www.summonedtheseries.com

Author Bio
Rainy Kaye is an aspiring overlord. In the mean time, she blogs at <a href=http://www.rainyofthedark.com>RainyoftheDark.com</a> and writes paranormal novels from her lair somewhere in Phoenix, Arizona. When not plotting world domination, she enjoys getting lost around the globe, studying music so she can sing along with symphonic metal bands, and becoming distracted by Twitter (<a href=http://www.twitter.com/rainyofthedark>@rainyofthedark</a>). She is represented by Rossano Trentin of TZLA.

Interview with Rainy Kaye
﻿
What preconceived notions do people have about being an author?

Some people seem to think coming up with concepts is the hard part. Telling me I should write about a guy who does this one thing is not, in fact, “half the work done already”. Now I just say “Great idea!” and bust out with the plotting charts, scene outlines, and character development papers. That usually stops the little hamster in its wheel mid-spin, and I can go back to eating unhealthy amounts of chocolate and making weird faces at the monitor.

What is one piece of advice for aspiring authors?

Don't mistake terrible writing with “voice.” I would like to elaborate on this, but that pretty much covers it. If nine of out ten people in the critique group say they have no idea what's going on in your story, and the tenth person is fascinated with their fingernail dirt, chances are you need to pop open an energy drink and get back to work.

What process do you go through before writing?

Step 1. Do the dishes because that won't happen again for a while.
Step 2. Stock up on caffeine like beer for a frat party.
Step 3. Apologize to the significant other that for the next few weeks, he will be known as Person Who Doesn't Let Me Starve.
Step 4. Say farewell to the sweet bliss of sleep.
Step 5. Make an awesome playlist.

Did a character or plot in Summoned take an unexpected twist?

Silvia Walker. She started out as just a logical piece of the world building—of course the master would have an heir—but once she stepped into her first scene, it was on. He role became so fundamental to the story, I can't believe she wasn't part of the original outline.

How did you decide on the cover?

Ha, the cover. That's a topic all on its own. I actually wrote a post about it, and it turned out two pages long. The short version: I tracked down the model for the concept photo, then drove my graphic designer insane until the cover was perfect. Hey, that was less than 140 characters! I knew all that Tweeting would pay off.