FIRST LOOK - Heating it Up by Elizabeth Harmon

In HEATING IT UP, a heart-warming novel of mistaken identity and forced proximity, widow Nora Bradford and Russian adventurer Alexei Zaikov must work together to save their small Antarctic town from being shut down—but will the truth about Nora’s role in Amity Bay’s demise, doom their romance?


Pre-order HEATING IT UP and

add it to your TBR pile on Goodreads!


Keep reading to get a sneak peek at HEATING IT UP! 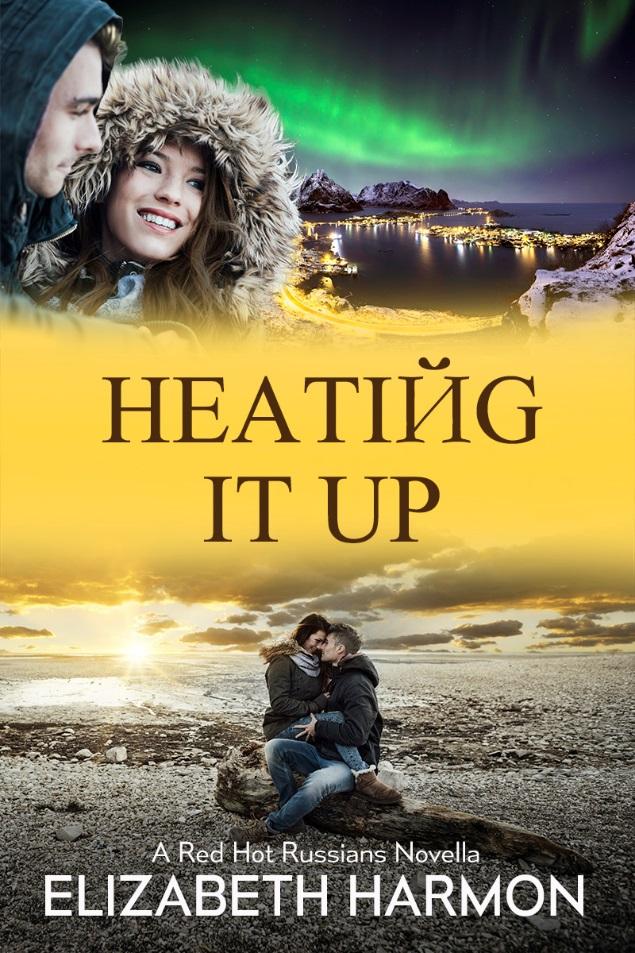 Red Hot Russian Alexei is king of the Ice…Antarctic style

Alexei Zaikov loves his life in remote Amity Bay, Antarctica, until a new luxury guesthouse threatens the small town’s future. As head of Amity Bay, he’s driven to save it, but first must discover who is hiding out in the supposedly deserted lodge…and why.

Nora Bradford has lost everything; a promising career and the man she loved. Glacier Ridge Lodge, the architectural masterpiece she designed but was denied credit for, seems like the perfect place to grieve her loss, until a ruggedly handsome Russian arrives on her doorstep, determined to bring her in from the cold.

Desire sparks, leaving them hungry for more. But will the truth about Nora’s role in Amity Bay’s demise, doom their romance?

Spread the news about HEATING IT UP with a GIVEAWAY!

3 Runner-up Prizes: Digital copies of any one (1) book by Elizabeth Harmon from her backlist

Visit all participating blogs for more chances to WIN!

For Love of Books4

a small girl, her man and her books

It's All About the Romance

Exclusive sneak peek at HEATING IT UP!

“Stop right here,” Nora Bradford raised her voice so the driver could hear her over the engine’s rumble. The giant tractor’s snow treads ground to a halt behind Glacier Ridge Lodge.

Nora peered through the cab’s dirty windows. Her former firm’s chartered yacht was still anchored in the icy water of Amity Bay, Antarctica. She wasn’t sure if that was good or bad.

“You sure you don’t want me to drive you down to the boat?” Charlie, the driver, who brought Nora back to Amity Bay from McMurdo Station, leaned over, concern in his voice. “It’s a long walk with all your stuff.”

“No!” Nora whipped around in her cramped seat as much as her bulky red parka allowed, and grabbed her suitcase. Tired as she was, the thing seemed to weigh a ton, but she managed to hoist it into her lap. “It’s two in the morning and everyone’s asleep. I’ll be fine up here, and in the morning, I’ll call down for help if I need it.”

The driver hesitated, and she sensed he didn’t like the idea of dropping her off at an empty building in the dead of night. During the three hour drive, she’d gotten to know him a bit. Charlie seemed like a decent guy.

“Really? I hadn’t noticed.” Immediately, she regretted her sarcasm. Taking her problems out on others solved nothing, and this poor guy didn’t deserve to have his head bitten off. The stress of the last few days and the seriousness of what she was about to do were clearly getting to her. Best to get on with it.

You don’t have to do this. There’s still time to change your mind.

The calm voice of her more rational self intruded, just as it had when she’d hatched this plan an hour ago. Once more she shoved it from her thoughts.

“Really, I’ll be fine.” She tipped her chin and blinked quickly to clear the fresh tears. She gave a shaky laugh. “I designed this place. It’s only natural I’d want to spend one last night here. And you need to get back to McMurdo, so you don’t miss your flight home.”

“True,” Charlie agreed. “Hey, you have a good trip back to San Fran.”

Nora sniffed. “Right. And you have a good trip back to the States, too. Cleveland, right?”

For Charlie, who had something to go back to, it probably was good. Nora slid down from the cab, dragging her suitcase behind her.

Inside, the lodge was quiet and empty, just as she’d hoped. She bustled through the first floor then up the stairs, making as little noise as possible, alert for anyone who might have slept here after last night’s Dedication Gala. When she safely reached the third floor, she released a sigh. For now, she was alone. But there was no time to waste.

Quickly, she dashed to an out-the-way linen closet—-one that locked-- and stashed her belongings on an upper shelf. Then she flew into action, racing though the lodge, gathering up batteries, light bulbs, tissue, soap. Canned food from the pantry. Vegetable seeds for the hydroponic greenhouse. Frozen meat, cheese and wine. Anything she could use during the long, dark Antarctic winter.

In the kitchen, she found trays of party leftovers. Adrenaline had stolen her appetite, but she forced herself to gorge on an impromptu breakfast of imported cheeses and bacon-wrapped shrimp. She carefully rewrapped what was left, as someone from the ship was obviously coming back for it, and retreated upstairs.

Weak sunshine shone down through the third floor skylights, as Nora stood before the closet, and inventoried what she’d hunted, gathered and stored. She’d not wanted to take so much that it would be missed, but what she had looked pitifully meager. Not nearly enough to survive on for six months in the harshest environment on earth. When everyone came back in September to reopen the lodge, they could be in for one hell of a surprise.

Stop it. You put every high-tech fail-safe known to man in this building. You’re linked by satellite to Vancouver, and even to that little research station at the bottom of the hill. What’s the worst that could happen?

That someone would find her before the week was out, put her on the first plane home, and contact her former firm. Herbert would paint her as a crazy ex-employee. Her career in sustainable architecture would be over, and she’d never work again.

The other worst-case scenario? That her fail-safes would fail, and she’d freeze to death. Or run out of food and starve to death. On the bright side, at least she’d be with Blake.

Pairing Off: A 2016 RITA Award Finalist

Pairing Off: “Very Enjoyable Book by a knowledgeable author about my favorite sport”—Smart Bitches, Trashy Books

Turning It On: 2015 Favorites—Nelle’s Nightstand

Getting It Back: 4 Stars—Romantic Times

Getting It Back: Heats Up the Ice—Library Journal

Other Books in the Red Hot Russians Series

TURNING IT ON (Red Hot Russians #2)

GETTING IT BACK (Red Hot Russians #3) 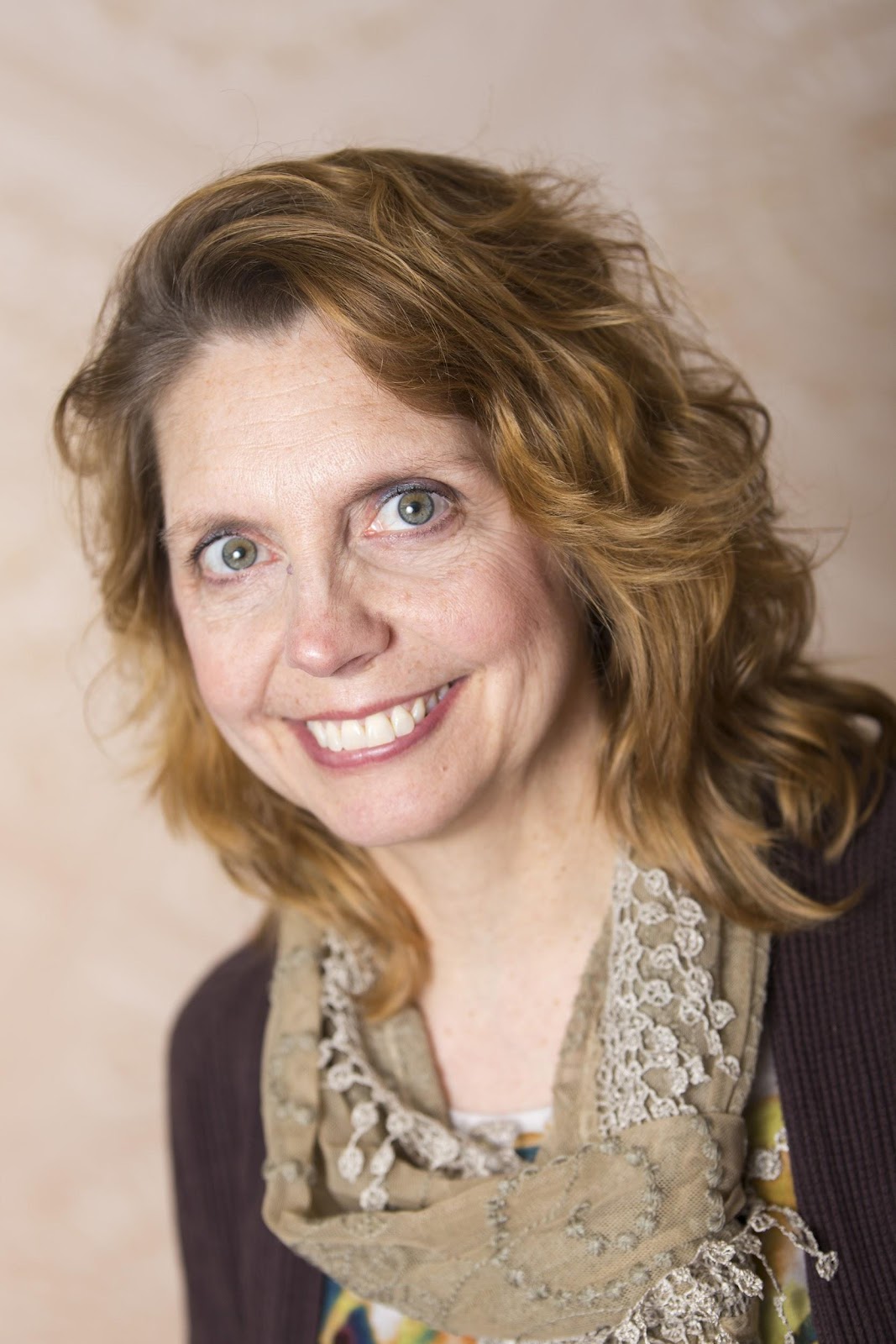 A graduate of the University of Illinois, she has worked in advertising, community journalism and as a freelance magazine writer. She feels incredibly blessed to have a career that allows her to spend her days imagining “what if?” and a loving family that keeps her grounded in the real world. Her debut novel, Pairing Off is a 2016 RITA Award Finalist.

An adventurous cook, vintage home enthusiast, occasional actress, and entry-level figure skater, Elizabeth makes her home in the Midwest, where life is good, but the sports teams aren’t. She loves to hang out on her front porch, or at her favorite local establishments, enjoy good food and wine, and talk writing with anyone who will listen.