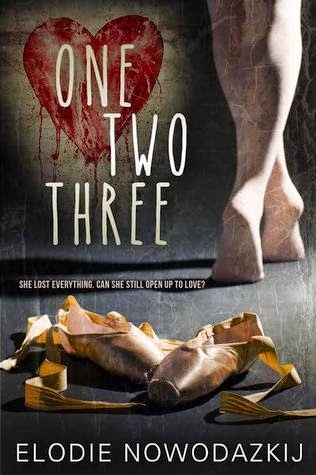 When seventeen-year-old Natalya’s dreams of being a ballerina are killed in a car accident along with her father, she must choose: shut down—like her mother—or open up to love.

Last year, Natalya was attending the School of Performing Arts in New York City. Last year, she was well on her way to becoming a professional ballerina. Last year, her father was still alive.

But a car crash changed all that—and Natalya can’t stop blaming herself. Now, she goes to a regular high school in New Jersey; lives with her onetime prima ballerina, now alcoholic mother; and has no hope of a dance career.

At her new school, however, sexy soccer player Antonio sees a brighter future for Natalya, or at least a more pleasant present, and his patient charms eventually draw her out of her shell.

But when upsetting secrets come to light and Tonio’s own problems draw her in, Natalya shuts down again, this time turning to alcohol herself.

Can Natalya learn to trust Antonio before she loses him—and destroys herself?


As I get to the selection of the day, I hesitate, glancing between pizza and pasta. Not watching what I eat is a big change compared to before. And looking at the pizza is like being back in the hospital bed, knowing my career’s over. I shake my head, grab a piece, and head back to the table.
“Hi,” I say to everyone.
Becca introduces me to her friends. They’re part of the charity drive she’s organizing. After a few seconds, Becca gets into a deep conversation about the best way to promote their activities.
A girl with long black hair, and light brown eyes stares at me from the other side of the table. “It seems you met Tonio,” she says.
“Briefly,” I reply, not sure where she’s getting at. Unsure I really want to know.
“He’s trouble—just so you know,” she says.
I turn to where Tonio’s sitting with a bunch of guys. Most of them wear soccer shirts, and they’re all laughing loudly.
“Rita and Tonio have a bit of a history,” Becca says. “But Tonio’s different now.”
“Because he helped you with raising funds for the kids in Colombia? Or—” Rita bites her lip, holding something back.
The entire table falls silent and seems to discover their food’s grown wings or something because they can’t stop staring at their plates.
Becca shakes her head. “I can’t believe you would go there,” she says.
“About the kids in Colombia?” I ask, confused, but Becca’s shoulders slump and she twirls her hair in her index fingers.
“No, not the kids,” she says. “My father.” She pauses and tears well in her eyes, but she blinks them back. “He had a heart attack last winter,” she explains.
“Why didn’t you tell me?” I turn to Becca. “When did this happen?”
“When you had your big audition, right before the accident. I tried to call you, but you told me you didn’t have time. And then after your dad…I couldn’t.”
I hold my hand to my chest, not believing I did that to her. The rest of the table watches us now, and I turn to Becca. “I’m so, so sorry. What happened?”
“He had his heart attack in Safeway—Tonio’s mom was there, and she’s a nurse. She saved him.” She refuses to meet my eyes.
“Sirens for Life, remember?” I whisper to her. “I can’t believe you haven’t told me.”
“He’s fine now,” she replies, and picks at her pizza.
“I’m so sorry,” I repeat, understanding now why people say it to me all the time. What else are they supposed to say? They can’t change anything that’s happened. But I promise myself here and now that I’ll make time to hang out with Becca. 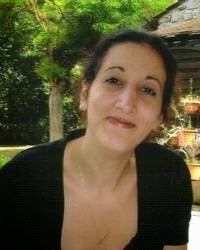