**BOOK BLITZ** We Own the Night by Kristen Strassel 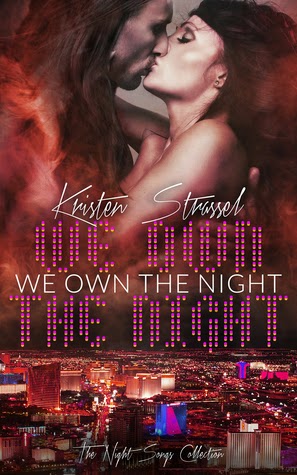 Callie Chabot would stop at nothing to save her ex-boyfriend Blade Bennett from the clutches of vampire clan leader Talis de Rancourt, even if means becoming immortal herself. What she doesn’t know is that Blade has already defeated Talis, and he’s waiting for Callie in the afterlife.
Now Callie only has her creator, Tristan Trevosier, to turn to for guidance. But he’s too wrapped up in the debauchery of the Las Vegas rock scene to give a damn about the particulars of being undead. That’s enough to drive Callie crazy on its own, but female vampires are automatic clan leaders.
Not only does Callie have no idea how to wrangle a vampire clan, but her would-be followers have more to gain from her failure. They instead choose to follow Blade—and he’s hell-bent on making Callie pay for her bad decisions. Since he took out the existing clan leader, that automatically puts him at the helm of what should be Callie’s new clan.
That’s when seasoned rogue vampire, Cash Logan, shows up, shrouded in magic and mystery. No one is sure which side Cash is on, but Callie needs to take a chance on the one vampire who is willing to give her the answers she needs, no matter how dark and frightening they may be. Callie must trust her instincts and form alliances that may backfire. Cash shows Callie that playing nice is no longer an option, and that fixing her wrongs won’t always make everything right.
To take control of her clan, Callie must look to her rival to discover exactly what makes her a leader.

Purchase
Amazon | B&N
THE NIGHT SONGS COLLECTION:
Seasons in the Sun
Because the Night
Night Moves
We Own the Night--Available September 1, 2014 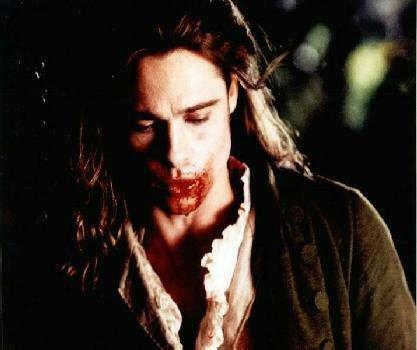 How can it not be? This is the book that introduced me to vampires, and the first series that I actively sought out the next books for. Before Anne Rice, I’d read my mom’s books, Stephen King and Jackie Collins. Rice was the first author who was mine. I loved this movie. I’ve always been more Team Louis than Team Lestat, and I’m always Team Brad Pitt. I’m anxious about the upcoming remake. Remakes are seldom better than the original, but I’m extremely curious how it gets updated. 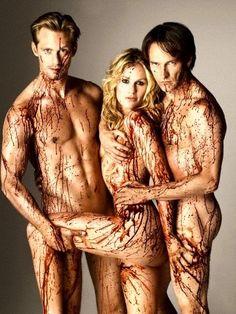 I don’t have HBO anymore, so I’m behind on the last two seasons, but I love this. Love the books, too. See a trend forming? The cool thing about True Blood is that it’s only loosely based on the Stackhouse Series, so it’s almost like a two for one. I wrestle with which format I like better: even though the storylines on the TV show border on WTF, I love the extra characters they added. And Alexander Skarsgard. Praise be to Jesus.

Kristen Strassel is the author of The Night Songs Collection, a paranormal romance series about vampire rock stars in Las Vegas. After all, they tell you to write what you know. She is a passionate music fan who also loves football games and diners. Kristen works as a makeup artist on film and TV shows when she's not writing, and loves being behind the scenes. A former resident of Las Vegas, Kristen now lives in the Boston area.
Connect with Kristen!