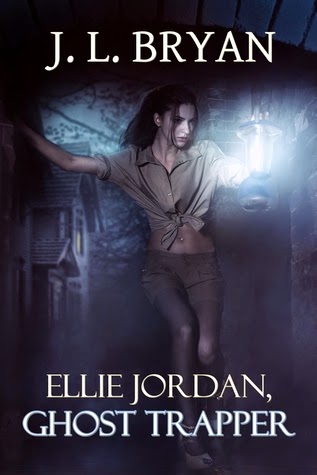 Ellie Jordan’s job is to catch and remove unwanted ghosts. Part detective, part paranormal exterminator, Ellie operates out of Savannah, Georgia, one of the oldest and most haunted cities in North America.
When a family contacts her to deal with a disturbance presence in the old mansion they’ve recently purchased, Ellie first believes it to be a typical, by-the-book specter, a residual haunting by a restless spirit. Instead, she finds herself confronted an evil older and more powerful than she’d ever expected, rooted in the house’s long and sordid history of luxury, sin, and murder. The dangerous entity seems particularly interested in her clients’ ten-year-old daughter.
Soon her own life is in danger, and Ellie must find a way to exorcise the darkness of the house before it can kill her, her clients, or their frightened young child.

Guest Post
Why Ghosts?
My new series follows the adventures of Ellie Jordan, a private detective who specializes in removing ghosts from haunted houses and other locations. There are several reasons I wanted to write about ghosts in particular. They’re particularly interesting as paranormal characters/creatures go, because unlike vampires, werewolves, zombies, and so on, there is at least some chance that ghosts might really exist. While we can say with some confidence that nobody in the world actually turns into the wolf on a full moon, we can’t dismiss ghosts with as much certainty.
Ghosts have been with us for at least as long as recorded history. Ghosts are mentioned in the most ancient texts, including The Epic of Gilgamesh, the world’s earliest known work of literature. Odysseus speaks with ghosts in the underworld; in the Old Testament, the witch of Endor summons the ghost of the prophet Samuel to speak with King Saul.
Ghosts are universal, and stories of ghosts and spirits exist in all human societies. This made them an even more appealing subject, because the world of the story could be virtually identical to our own. It’s not hard to find people who claim to have encountered a ghost at some point in their lives. Maybe you’ve encountered one yourself!
In the spirit of keeping the series in close touch with reality, I decided that Ellie’s assorted ghost gear would consist of real items, as much as possible. Since there is now a huge “ghost hunter” subculture, there is a pretty wide assortment of related tools available: EMF Meter, Mel-Meters, special motion detectors, and so on. Ghost hunters typically use infrared, nightvision, and high-powered microphones to detect voices or other spectral sounds.
I also studied a large number of reported ghost sightings and encounters, as well as near-death experiences, to learn all I could about how ghosts behave and what their motivations might be. There were far, far more stories out there than I originally expected to find.
Finally, while writing the first book, I realized that while the series provided an opportunity to write lots of fun, spooky mystery stories, it also brought me to deeper questions about human nature and reality itself. All fiction is really about exploring the human soul, and ghost stories are all about the human soul.
I hope you’ll join Ellie on her adventures in ghost trapping! I’ve put a lot of work into developing this series, and I can’t wait to see where it goes next. 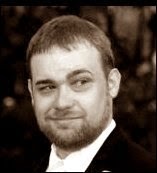 J.L. Bryan studied English literature at the University of Georgia and at Oxford, with a focus on the English Renaissance and the Romantic period. He also studied screenwriting at UCLA. He enjoys remixing elements of paranormal, supernatural, fantasy, horror and science fiction into new kinds of stories. He lives in Atlanta with his wife, his son, and some dogs and cats.

To hear about future books by J.L. Bryan, sign up for his new release newsletter: http://eepurl.com/mizJH