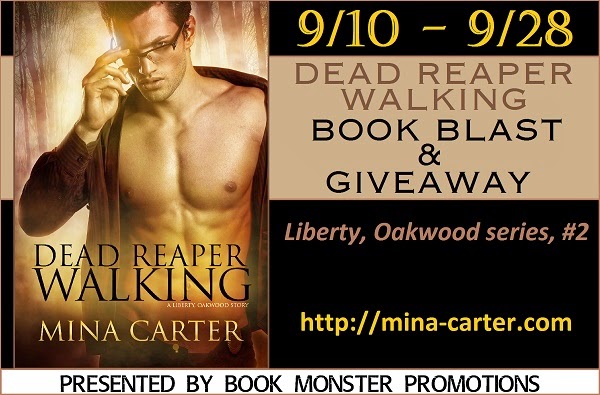 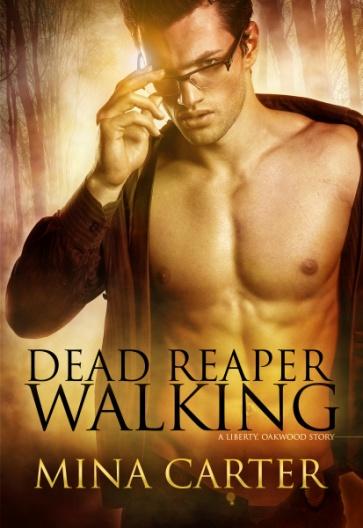 Underage witches, a breakout from demon prison and a new hellgate… What could go wrong?
Reaper extraordinaire, Laney Larson, is stuck in Liberty, Oakwood of all places, for two reasons. One, there’s way more paranormal activity going on than normal for a little town like Liberty. And two, a sexy as hell cop called Troy.
So when the proverbial hits the fan and they get wind of a demon break-out from the third hell, a prison even the demon king himself won’t set foot in, what’s a reaper to do but strap on her blades and help track the escapee down? But then the creature takes her man, and all bets are off.
A reaper, a demon and a cop…will Death claim them all, or just one?

The Reaper and the Cop
(Liberty, Oakwood series, #2) 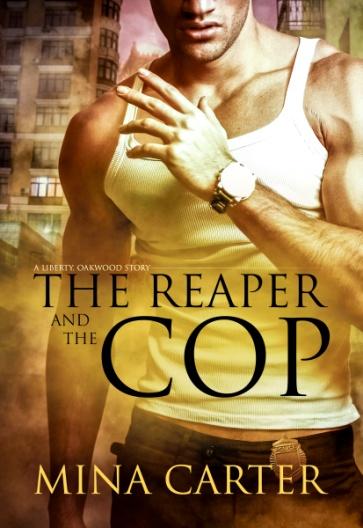 The latest in a long line of Reapers, Laney hits Liberty, Oakwood expecting the usual 'reap and run' type of job. However the small town holds far more secrets than she expects, including a sexy cop who blind-sides her reaper instincts big-time. Liberty. It used to be a nice town until the things that go bump in the night moved in. Detective Troy Regan moved to Liberty to claw back a little of his soul after working homicide in the big city. But the sleepy little down has problems of the paranormal kind and it's police department have gone from calls about lost cats to Boggarts in the basement. Then the seriously nasty stuff moved in. Sparks fly when a sexy Reaper meets a hot as hell Cop... Troy's not sure exactly what flavor of paranormal Laney is, but he doesn't care. She's tiny, delicate and gorgeous. When he finds a Lycan looming over her in an alley, all his protective instincts flare up. He needs to get her home, keep her safe...in his bed. But is she the answer he's been looking for to fill the empty spot in his heart, or the most dangerous creature he's ever met?

Purchase
Amazon
ABOUT THE AUTHOR