Next to You Blog Tour - Excerpt & Giveaway 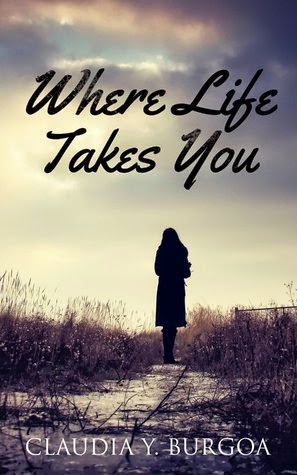 Becca Trent lived her childhood next to a cruel woman—her mom—who lived to torment and neglect her. During her high school years, her mother married; bringing home not only a new husband, but a step sister her same age. The latter took over her Mom’s role—making Becca’s life miserable. Including stealing Ian—Becca’s best friend and boyfriend—Lisa treated her worse than her mother had for the previous fifteen years. A couple of years later, things ended up in tragedy.

Becca buried that part of her life in the deep corners of her psyche, but that only work during the days when the nightmares didn’t come back to haunt her. Her best friend, Dan gives her that family love she always lacked. Everything was close to perfect, until everything and everyone from her past came back. Now, she’s trying to figure out how to survive and keep that bond which seems now to be held together by a thread.

Note: This is the first part of a two book novel. 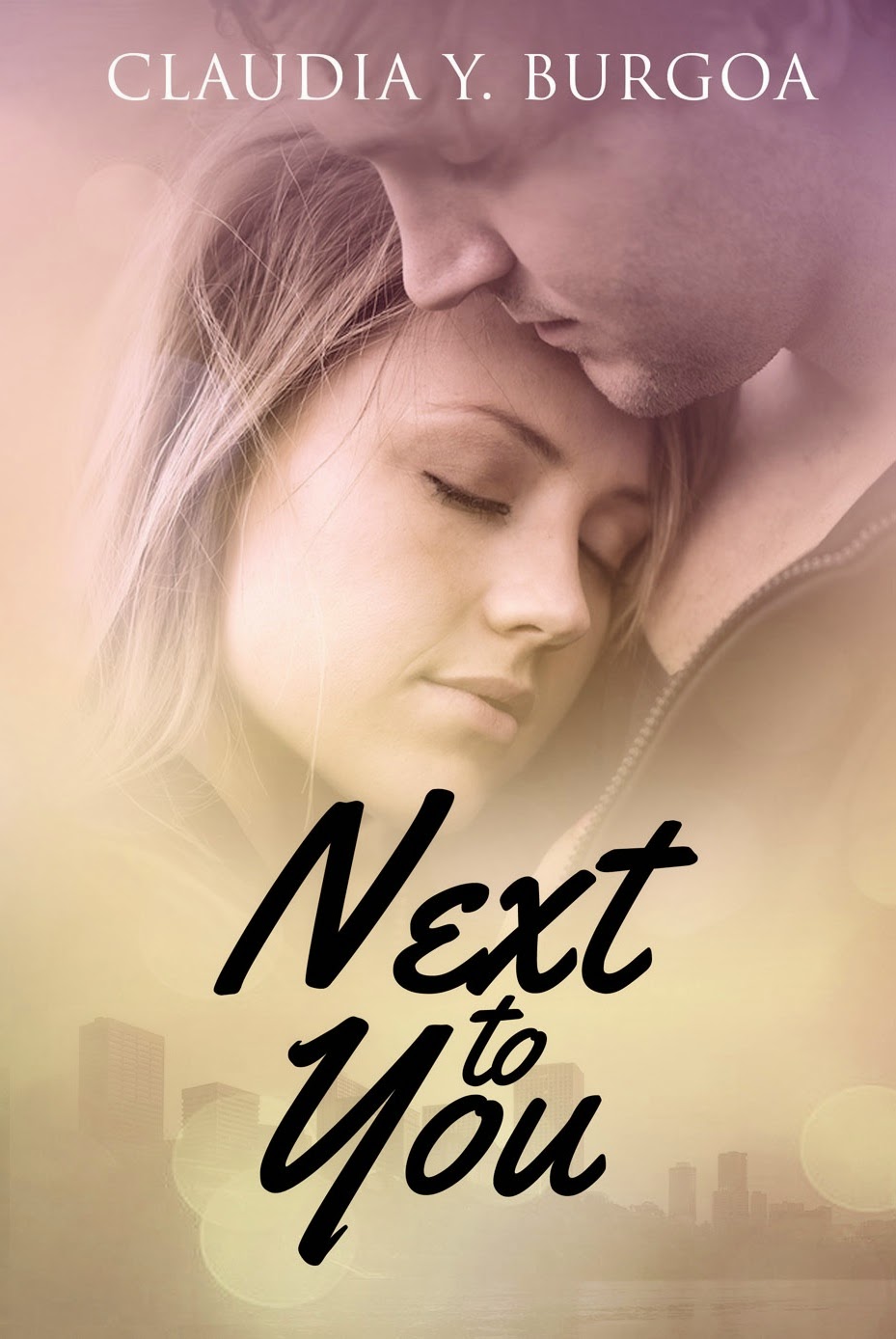 …I need time. Time to heal those wings and learn to use them…

Was part of the letter Rebecca Trent, Daniel Brightmore’s fiancée and best friend left when she ran away. The person he trusted the most for the past decade disappeared without giving him a second glance. She taught him how to love, believe in family and that everyone deserves a happily ever after. Now he’s struggling between wiping any traces of her from his life and drowning his sorrows away with the help of his new best friends—Don Julio and Jack Daniels.

Rebecca’s past suffocated her to the point of not wanting to continue, her lifeline and the only reason to live began to withdraw from her. She wished it had been her imagination, but heard it loud and clear: “If not, there’s always a divorce, nothing is forever.” This time it became a leave or die situation. Something has got to change—she had to change. Packing light and leaving a letter behind, she takes a journey that can help her find herself through the shards of her painful childhood.
As letters, memories and stories are exchanged, two once inseparable people reconcile what’s left of their relationship. Beyond the confines of everything they built together, they’re left with two lonely people searching for what it means to be whole. Will they find meaning under their bruised psyches or will their pasts get the better of them?


“Did you believe Becca?” I ask Connor as he reads the letter he had sent to Becca a couple of weeks ago; the one I read yesterday. “You think your Mom had a change of heart?”
“No, that’s why I told her to let me know.” He drops the letter on top of the coffee table. The New York penthouse is the center of Becca’s search and rescue and no one has left the place since yesterday. Connor takes a deep breath. “Stop trying to find me guilty, the last thing I want is to hurt her or see … Shit, Brightmore, I have known her since she was little. I met her before you and cared for her up until my brother isolated her from everyone else. I fucked up several times, but it has never been my intention to damage her in any way.”
“Brightmore, I have a set of new pictures from the airport,” Nick holds a stack of papers, “and Penn station. As we already know, she wasn’t alone. The man I told you about came up with these new images. They interviewed the cab driver in San Francisco again and he confessed there was an older man and a petite blond woman with her. Becca looked sick and they paid him well to keep his mouth shut.”
A picture taken at Penn Station shows Mrs. Patrick’s profile perfectly. The time stamp on the picture coincides to with the time when the cashier in front of her sold three one way tickets to Greensboro, North Carolina with cash.
“That’s where my grandfather’s farm is,” Connor says as Nick mentions the tickets. “We haven’t visited the place, since he died. Two years after Ian died. I remember because Mom sent me to take care of his affairs and I couldn’t because I was dealing with Ryan’s mom at that time. No one has even set a foot there since then, Mom had grandpa’s body cremated and shipped to her because she didn’t want to deal with another funeral.”
Without waiting for Connor to give us more gory details or explanation about his fucked up family, I interrupt him. He gives us the name of the farm and address he has on his phone. Nick sends the information to the man that has been tracking Becca. He responds back saying they are already on a plane heading to Greensboro and that they’ll be at the premises in less than an hour. Raj contacts the best hospital that is in that city, a precaution in case Becca is hurt. Nick arranges for the plane that will take us hopefully to her, and then sends the information about the hospital to the people that are rescuing her.
Ty and Connor stay behind; Nick, Raj and Drew come along and we lose the Federal Agent, who insists on following procedures and disregards all the information our private agencies have gathered so far. As we leave my office, he reminds us that if any civilian dies, he’d make sure to arrest us until proven innocent.
We arrive at the airport almost at the same time as the captain. The airplane is ready for takeoff.
“How are you?” Raj asks, as we board the plane.
A loaded question, I simply rest my forearms over my thighs to support my head with both hands. This is worse than having a guy pointing a gun and a knife at me. Those had been easy to avoid, this situation is out of my hands. The chances of finding Becca alive diminish every minute. A chill travels through my entire body as I realize she might no longer be among us. My head is about to explode, and I look up to where Nick sits.
“It’s been thirty minutes, Sir,” the edge on his voice contracts my heart. He’s been in situations like this one and surely knows more about the outcome than I do. There’s a part of me that wants to tell him to hit me with the truth, but I choose those sprinkles of hope Becca fondly talks about when she’s nervous or wants something that’s close to impossible to occur. “They’ll call to the airplane phone as soon as they reach her.”
As they reach her, if they reach her for that matter. The thoughts of them not finding her or the worst scenarios, play in my mind over and over again, followed by the unsettling sensation of defeat. The apprehension, fear and distress grabbed ahold of me the moment Ty mentioned he hadn’t seen Becca. To keep a sliver of sanity I push away the ‘what if’ with memories of us, Becca and I. Nick’s voice pulls me out from the trance the sour hunch and memories buried me in.
“Sir, she’s unconscious but stable,” Nick says pulling me out of the trance. “They’ll take her to the hospital Raj indicated. We should be there in forty five minutes. The paramedics are already working on her.”
My shoulders release part of the tension as I learn she’s alive, but before I can breathe again, I need to see her and know that she’s going to be fine. 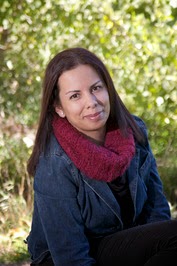 Claudia lives in Colorado with her family and three dogs. Two beagles who believe they are human, and a bichon who thinks she’s a beagle. While managing life, she works as a CFO at a small IT Company. She’s a dreamer who enjoys music, laughter and a good story.