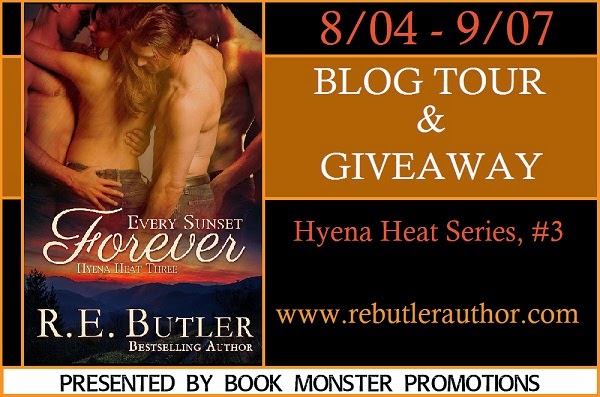 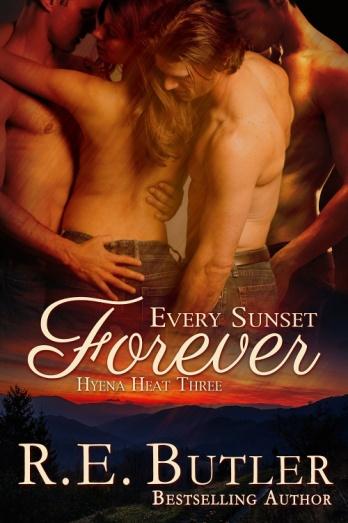 Raised by wolves, were-hyena Whisper Callahan has spent the better part of her life struggling to fit into a world where she’s the odd one out.  Her adopted family loves her, of that she has no doubt, but now they’re encouraging her to connect with her own kind.  At an annual gathering of unmated were-hyenas in Pennsylvania, Whisper finds herself torn between the past she never knew and the family who raised her as their own.
Were-hyenas Nyte, Azrael, and Fade don’t expect much to come from the gathering except a few days off from work at Stone’s Gym in Dalton, Kentucky.  They don’t expect to follow the sound of tears and find their mate crying in the woods.  And they certainly don’t expect to find themselves trying to protect her from her own family while she comes to terms with all that she learns about herself and her past.  But hyenas are nothing if not protective of their mates, and they’re willing to do whatever it takes to keep her safe.  And keep her forever.
It wouldn’t be a Hyena Heat novel without plenty of hot m/f/m/m loving, three males that would do anything for their mate, and a female that is in need of love.  Expect plenty of possessive behavior and excessive use of the word ‘mine’. 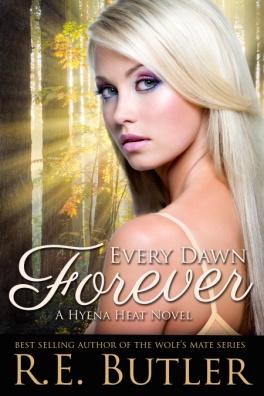 When Orion and his were-hyena clan rescue a she-wolf hiding in a bus station bathroom, they had no idea that they would be staring into the tear-filled eyes of their mate.  They’ll do anything to keep her safe and make her theirs forever, even if it means keeping her at arms’ length.
Sydney Nichols never believed she would know what freedom felt like until she found a way to escape her abusive mate.  But before she escaped, her mate did something to her, and she’s unable to hide the effects of his tampering when the group is stranded overnight during a storm.  When the truth comes out, will they forgive her and embrace their future, or will she lose the only good thing she’s ever had?
Contains m/f/m/m interaction. 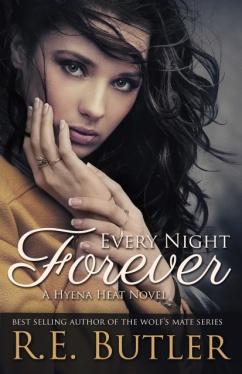 After narrowly avoiding a personal disaster, she-wolf Alyssa Morgan can’t wait to leave her wolf pack and start her life over. Trying to rebuild her shattered self-esteem, she swears off relationships. When she accepts a job at Stone’s gym, working for three hunky were-hyena brothers, she discovers the hardest thing she ever had to do wasn’t leaving her pack, but keeping them at arm’s length.
Dante, Cairo, and Mason Stone have been unlucky in love. As were-hyenas, they need to share a mate, and they hadn’t found the right woman… until Alyssa walks through the door. But the sweet she-wolf is anything but interested in a relationship with them. Oppressed within her wolf pack, she doesn’t see herself as worthy of their affection. When her life is threatened and they almost lose her, they decide it’s time to convince her that she is their mate and they are perfect for each other.
This story contains one she-wolf trying to find herself, three overprotective were-hyenas with love on their minds, m/f/m/m interaction, neck biting, and symbolic tattoos. 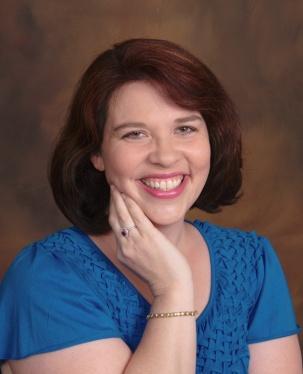 A Midwesterner by birth, R.E. spent much of her childhood rewriting her favorite books to include herself as the main character. Later, she graduated on to writing her own books after "retiring" from her day job as a secretary to become a stay-at-home mom.
When not playing with her kids, wrestling her dogs out the door, or cooking dinner for her family, you'll find her typing furiously and growling obscenities to the characters on the screen.
Her best-selling series The Wolf's Mate, Wiccan-Were-Bear, The Necklace Chronicles, Hyena Heat, Wilde Creek, and Ashland Pride are available now.
Connect with R.E.
Website | Facebook | Twitter | Goodreads