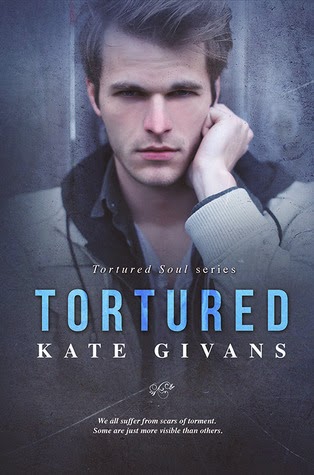 A contemporary romantic drama about loss, healing, and love's ability to reach beyond scars and secrets, no matter how deep or hidden.


WARNING: This book is intended for 18+ readers ONLY. Potentially triggering content and concepts in books to follow.

More than a year after the death of his best friend, Josh is still tormented by the past. Everything changes when free-spirited Willow barges into his life. She challenges him, helps him feel something other than the overwhelming pain, sadness, and anger.

Underneath that carefree spirit, Willow is elusive and secretive. Josh believes she may be fighting a few demons of her own, but he harder he tries to uncover the truth, the more she pushes him away.

Can Josh get her to open up before it’s too late? Or will he discover that some secrets are better left untold?

Excerpt
I made my way out into the store, taking my time as I browed the narrow aisles. I flipped through the small music collection. I'd never been a fan of Country Classics, but it was about the only thing you could find in hole-in-the-wall fill stations out here. I moved to the maps of Kansas, Texas, Arkansas and Missouri. Thumbing through them, I wondered just how different one Midwest state really is from the next. After that, I made my way down the aisle of strange gas station knick knacks, hats, knives and t-shirts. I took my time to look at everything, but wasn't really looking for anything in particular. I just needed to pass some time.
"Can I help ya' find somethin', sugar?" Loletta called from behind the counter.
That was my cue.
I headed over to the coffee station, grabbed a cup, and filled it with half dark roast and half hot chocolate. As I made my way to the register, I snagged a bag of peanuts and a couple cans of ravioli, taking care to not spill hot liquid down my front. As she rang up my purchase, I did my best to avoid staring at the mid-40's cashier. I doubted anyone had ever told her that blue and red makeup made her look like a clown, but I certainly wasn't going to be the one to break the news.
"That'll be $6.85, sugar," she said with a loud snap of her gum.
Not bothering with the small chat, I pulled out a ten dollar bill. I was just about to hand it over when I heard a familiar voice. I couldn't tell what it had said, but the breezy, tinkling sound registered instantly. Only, it sounded like something was wrong.
Craning my neck towards the exit, I tried to see what all the commotion was about, but the backside of a police officer obstructed my view. I found myself being pulled in the direction of the doorway, but I wasn't sure why.
"Hey!" Loletta called from behind me. "Ain't ya gonna pay for your stuff?"
"I...uh...forgot something," I answered over my shoulder, dismissing her with a distracted wave of my hand as I made my way closer to the last aisle of the store. When I rounded the large display of magazines, my suspicions were confirmed. I twas her, the girl that had tormented my thoughts for days.
Willow.
Grabbing a magazine from the display rack, I opened it and pretended to read while eavesdropping on the conversation happening just a few feet away from me. At first, I was worried that she'd notice me, but her watery blue eyes were fixed on the officer in front of her as she gnawed at her bottom lip, strands of her hair clinging to her tear-stained cheeks.
She looked like a little girl standing next to the six-odd foot Officer Warren, She even sounded a little like one when she spoke. "I wasn't stealing, I swear."
But Officer Warren didn't seem convinced. "Look, Miss, we can do this the easy way or the hard way. The easy way, you come with me quietly. The hard way..." He uncrossed his arms, brushing the shiny metal handcuffs attached to his side.
I didn't think. I just reacted. "Excuse me, Officer?"
He hesitated for just a moment, as if afraid Willow might flee if he took his eyes off of her -- not that she could with his massive frame blocking the doorway. He was so tall that even I cowered a bit when he finally turned his head in my direction, a strained smile plastered on his face.
"Josh?"
"Sorry to interrupt, but um...she's with me."
Turning the rest of his body towards me, he cocked a suspecting eyebrow and returned his chubby arms to their former location -- his massive chest. "You know this girl?" He jutted a thumb in Willow's direction.
"Yes, sir. I do," I responded without hesitation, hoping he couldn't see how hard I was working at swallowing the massive lump of fear in my throat.
He gave a low grunt. "Well, maybe you can tell me why she felt the need to lift a box of tampons."
I shot Willow a quick glance over the Officer's shoulder, looking for the validity of his statement. Pleading blue eyes, guilt-ridden face, and a pink box of feminine products tucked under her arm said it all.
What had I gotten myself into?

Quirky, clumsy, and always a little off-key, Kate Givans has always loved books and the words contained within. Now that she's writing the stories, she's filling them with broken characters, angst, and even a few of those happily-ever-afters that seem to evade us in real life.
When not writing, this wife and mother of five can be found guzzling coffee, day-dreaming, dancing for no reason at all, playing with the voices in her head, watching her favorite shows (Originals, Grey's, OUAT, The Following), listening to music, and reminding herself to "breathe."