Before He Was Gone Blog Tour - Excerpt & Giveaway 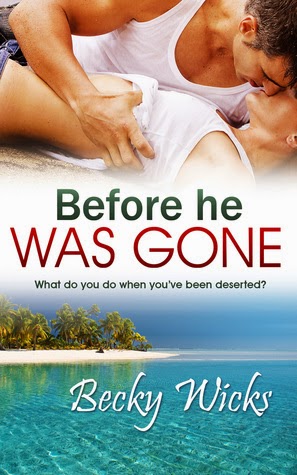 Sometimes, you have to get lost to find yourself...

When her rock star boyfriend breaks things off out of the blue, Alyssa applies to hit reality TV show Deserted and to her shock she gets through. Abandoned on a remote island with a bunch of strangers and none of the luxuries she’s become accustomed to, it’s not long before an undeniable attraction to the mysterious Joshua starts complicating things even further.
Joshua’s different to everyone she’s ever known – a traveller, a man with no plan, a world away from the celebrity life she’s left behind. As a series of challenges test their wits and weaknesses, things start heating up in paradise, but in a game designed to break people down, it soon becomes clear that Joshua is hiding a painful secret – one he won’t risk anyone finding out.
Struggling to know where she belongs, Alyssa will have to choose – a life she once loved that wants her back, or a brand new reality that heartbreakingly may just have its limits.

Excerpt
"How come you're up so early?" Joshua asks, leaning back on his elbows and closing his eyes to the sky. I want to stretch out too, but I'm painfully aware that I'm just in my underwear and that the kayak with the camera guy is circling like jaws painted yellow.
"I had a dream," I say.
"Was it a nightmare?"
"Not all of it." I trace the lines of him quickly, the cut of his shoulders and torso, the dark but fine line of hair from his belly button down to the top of his black boxers. The underwear situation is kind of hilarious right now but he's beautiful.
God.
I circle my arms around my knees, looking out at the nearest island and beyond it to the infinite nothing. "How long have you been spearfishing?" I ask. I'm dying to know exactly how see-through my bra and panties really are, now that they're drenched. I'm guessing they're pretty X-rated, but he still has his eyes shut.
"Since I was about ten years old," he says into the sun that's now higher, and hot. "My Uncle took me to -" He trails off, furrows his brow, opens his eyes and looks back down at the fish. "Someplace in Montana I think. He competed in the USA World Spear Fishing Championships three years straight. He won twice... maybe all three. So, what was your dream about?"
I realize I'm staring at him again; at his face and the tattoo. "There was a white bird," I say quickly, "Flying above me on the beach. And a green snake."
"A snake?" he says. "Was it attacking you?"
"No, why? You know what it means?"
"Snakes are considered sneaky, right?" He sits up again, mirrors me with his arms around his knees.
"I guess."
"So, in dreams they represent something in your life that you fear. They can also symbolize an enemy or potential threat."
"What about the white bird?"
"Freedom," he says, looking straight into my eyes.
"Freedom."
He nods thoughtfully. "I'd say your dream was telling you that even though you've freed yourself from something, you have a whole new heap of shit to worry about right now. Don't get too complacent, Alyssa." He raises his dark eyebrows at me with a slight smile.
"You're telling me I should live in fear out here? I shouldn't trust anyone?" I rest my chin on my knees.
"This is a game. Of course you shouldn't trust anyone."
"Well, what about if we agree to trust each other?" I say, before I've even thought it through. "The first challenge is coming up --  no one knows how it's going to go. we both need an ally here, right? You're pretty good with that spear and I'm a fast learner. Plus, I can cook."
"You're going to need to get good at more than lighting fires and cooking fish," he tells me.
"Anyone can cook fish."
"You won't be saying that when you taste my fish," I reply. His eyes are locked on mine again and I catch a hint of amusement in them before something else crosses his face. Guiltily I picture his skin against mine in the dream; his lips on my stomach and thighs. It was so real, so weird. So not Sebastian.
He gets to his feet, picks up the mask and spear. "You should head back," he says, "make sure you get your ankle cleaned up." He pulls the mask back down over his eyes. "I think it's too soon for any alliances, Alyssa, don't you?" he adds, before diving off the rock into the ocean. 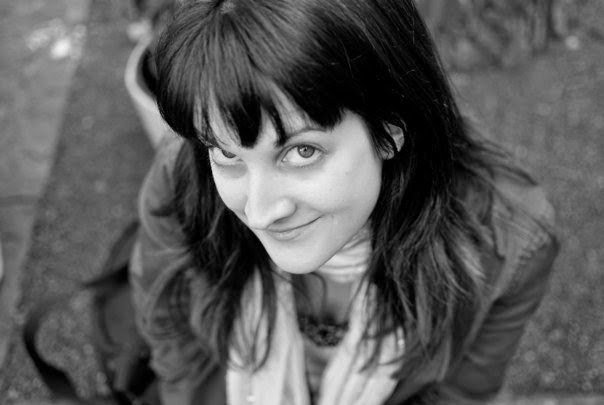 Becky Wicks lives in Bali and scribbles books, and she’s mostly powered by coffee. Her first book in the Starstruck Series, Before He Was Famous recently reached #1 in Amazon’s Coming of Age and New Adult & College categories, and her three travel books, published by HarperCollins are online to make feet nice and itchy. Mostly though, she loves to write love stories. She blogs most days at beckywicks.com and always welcomes distractions on Twitter @bex_wicks. Especially if you have photos of cats.