July Thunder by Shannon A. Thompson PLUS Giveaway! 
From best-selling author Shannon A. Thompson comes an exciting new duology in the Bad Bloods universe.
Fourteen-year-old Violet has been called many things: a bad blood, a survivor, an immortal…now she has a new name–citizen. But adjusting to a lawful life is not easy, especially when she must live under the rule of the same officers who justified the killings of her flock only eight months earlier.
Segregation of bad bloods and humans is still in effect, and rebellious Violet steps into a school where she is not allowed. When the police get involved, things deteriorate quickly, sparking a new revolution at the wall separating the Highlands from the outskirts.
That’s when Caleb steps in. He might appear to be an average sixteen-year-old bad blood, but he has secrets, and Violet is determined to figure them out. Caleb knows who’s attacking the wall and why, but his true identity remains a mystery–and how he relates to Violet could shake the threatened city to its very core.
Together or not, a storm will form, a rally will start, and shocking truths will be revealed.

Goodreads / Amazon / Barnes & Noble / iBooks / Kobo / Smashwords
—
EXCERPT:
While the Northern Flock had to be quiet to survive, the herd played music in order to live.
Caleb’s hand found mine. “Dance with me?” he asked, but I hated my answer.
“I can’t.” My confession came with my wrecked knee. With one gesture, Caleb seemed to understand, but as he turned his eyes to his herd—to Britney prancing around with Plato, to Kat covering her ears, to Yasir holding Hanna with his protective gloves between them—Caleb pulled me up to my feet.
“Let me do it for you,” he said, and then, he lifted me up and placed me on the tops of his boots.
As he swayed, I saw the sunburn on the tops of his cheeks, the sand in his hair, the sea salt on his skin. Then, his chapped lips as he managed a shaky smile. For once, Caleb looked disheveled, and I had never liked him more.
“That’s some crew you have,” he said, but I hadn’t noticed anyone else in the world around us until he spun.
Life-sized shadows—dozens of them—danced all around us, and I recognized their shapes as people I would always know. Blake and his teddy bear. Floyd’s stretched limbs, and Ami’s swinging braids. Even Adam’s speed.
Alive or dead, the shadows of every member of my own flock joined in on the dance of a herd, and my heart fluttered at the sight.
Losing control had never felt so great.
Neither had a storm descending down upon us. 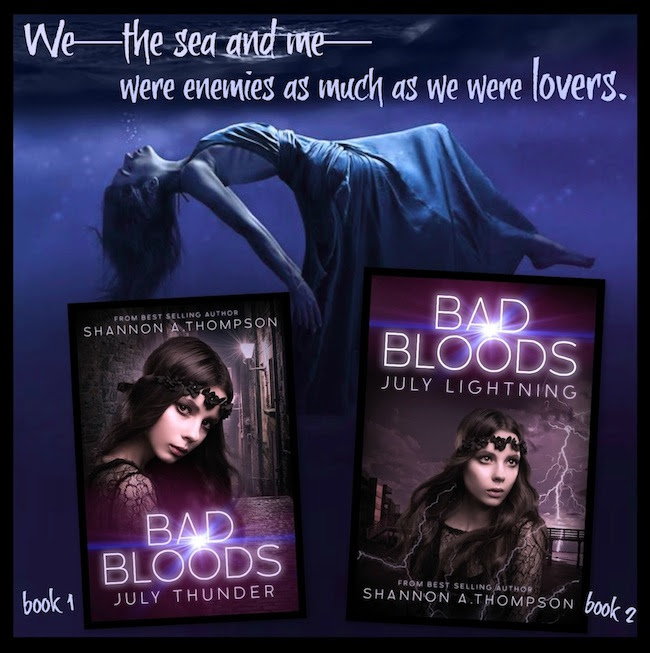 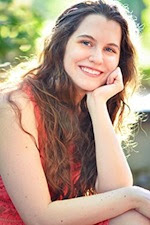 Author Bio:
Shannon A. Thompson is a young adult author, avid reader, and a habitual chatterbox.
As a novelist, poet, and blogger, Thompson spends her free time writing and sharing ideas with her black cat, Bogart, named after her favorite actor, Humphrey Bogart. Her other two cats bring her coffee. Between writing and befriending cats, Thompson graduated from the University of Kansas with a bachelor’s degree in English with an emphasis on creative writing, and her work has appeared in numerous poetry collections and anthologies. Represented by Clean Teen Publishing, Thompson is the best-selling author of The Timely Death Trilogy and the Bad Bloods duology. When she is not writing, she is climbing rooftops, baking cookies, or watching murder shows in the middle of the night, often done with her cats by her side.
Visit her blog for writers and readers at www.ShannonAThompson.com.