In the Time of Dragon Moon
By Janet Lee Carey An epic fantasy about dragons, dark secrets, Pendragons, and magic

On the southernmost tip of Wilde Island--far from the Dragonswood sanctuary and the Pendragon Castle--live the native Euit people. Uma, who is half Euit and half English, and not fully accepted by her tribe, wants to become a healer like her Euit father. But the mad English queen in the north, desperate for another child, kidnaps Uma and her father and demands that he cure her barrenness. After her father dies, Uma must ensure that the queen is with child by the time of the Dragon Moon, or be burned at the stake.
Terrified and alone, Uma reaches out to her only possible ally: the king's nephew Jackrun, a fiery dragonrider with dragon, fairy, and human blood. Together, they must navigate through a sea of untold secrets, unveil a dark plot spawned long ago in Dragonswood, and find a way to accept all the elements--Euit, English, dragon, and fairy--that make them who they are.


Janet Lee Carey is the award-winning author of nine Young Adult novels including her newest release, In the Time of Dragon Moon, book three of the Wilde Island Chronicles, ALA Best Books for Young Adults. Winner of the Mark Twain Award and finalist for the Washington State Book Award, her books highlight the courage of children and teens, and explore the challenges of staying true to your values while following your dreams. School Library Journal starred review calls her work, “fantasy at its best-original, beautiful, amazing, and deeply moving.” Statistics have shown that children who read are more compassionate. Janet links each new book with a charitable organization empowering youth to read and reach out. She tours the U.S. and abroad presenting at schools, book festivals and conferences for writers, teachers, and librarians. Janet and her family live near Seattle by a lake where rising morning mist forms into the shape of dragons. 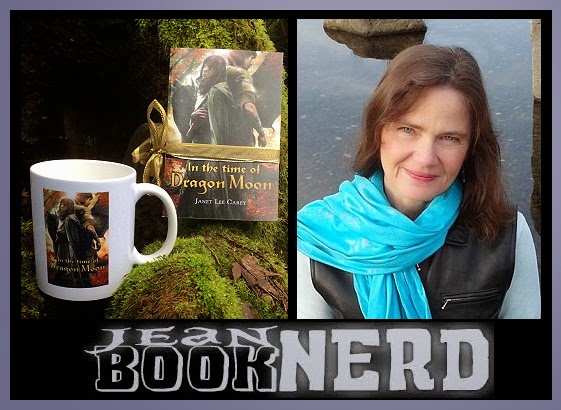