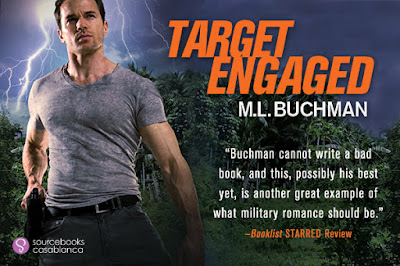 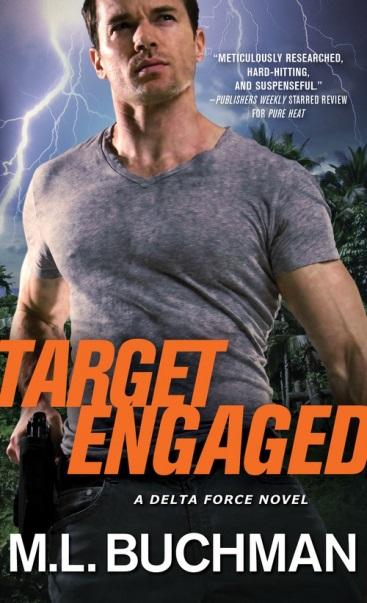 Delta Force: The most dangerous elite counter-terrorism force on the planet

• The most out-of-the-box thinkers in any military •

• Will die to get the mission done •

Sergeant Kyle Reeves: The premier soldier of the new recruits

If the training doesn’t kill them, their passion may—but Kyle Reeves and Carla Anderson blast right in. Show no fear. Have no fear. Then they get the call. The most powerful drug-smuggling ring in Venezuela needs a takedown, and Delta’s newest team leaps into the deep jungle to deliver. Giving their all? Not a problem. Giving their hearts? That takes a new level of courage.

If you were stranded in the middle of the Rocky Mountain wilderness, who would you want with you from Delta Force and why?

Colonel Michael Gibson, hero of Bring on the Dusk, is always acknowledged as the very best of them. His winter rescue in my short story Heart of the Storm makes him a prime candidate for sharing a wilderness adventure. I’ve been in the Rockies in the winter, and that’s a harsh place to be. However, he’s such a quiet man that he’d be little comfort trapped for a week in some high-country snow cave.

His recruit, Lieutenant Bill Bruce, is also something of a quiet man. However, he’d bring along his wife Trisha from Light Up the Night and she’s a complete crack up. Getting trapped somewhere with Bill and Trisha could be a real blast. Of course Bill is a former SEAL and there isn’t much ocean in the high Rockies. Not that he isn’t cross-trained, it’s just not right in his wheelhouse so to speak.

Kyle Reeves, the hero of Target Engaged, is more my kind of guy. He’s a straight arrow without being all stiff and weird about it. He grew up learning Taekwondo in his dad’s dojo and I earned my black belt making sure my daughter went to college able to defend herself. So, we’d have that in common. He and his family hiked all over the Cascades, a rugged chunk of mountains west of the Rockies, and I’ve spent my fair share of time up in those hills over the years—some of my favorite places anywhere are up there.

But Carla “Wild Woman” Anderson, the heroine of Target Engaged, is something else again. Born and bred in the Colorado hills, she walked into that backcountry for weeks at a time with little more than her rifle and her wits. And she’s got plenty of the wits, at least about everything except herself. She’s a lot like me there.

“Oh sure, I know who I am. Of course I have my act together—I dare you to try and prove me wrong.”

Then I met the lady who did just that to me, much as Kyle had to prove it to Carla.

Carla is smart, dangerous, and has a quick temper that I barely understand. But I’ll bet we could spend some great nights sitting around a fire, eating fresh venison or perhaps trapped rabbit, and having a great time sharing stories about the person who changed our lives without changing who we were.

Have to pick just one to help me survive out there? It would have to be Carla because no matter what else happened; we both keep fresh the wonder at the person who said “yes” to the question about sharing the rest of our lives together.

M. L. Buchman has over 40 novels in print. His military romantic suspense books have been named Barnes & Noble and NPR “Top 5 of the Year,” nominated for the Reviewer’s Choice Award for “Top 10 Romantic Suspense of 2014” by RT Book Reviews, and twice Booklist “Top 10 of the Year” placing two of his titles on their “The 101 Best Romance Novels of the Last 10 Years.” In addition to romance, he also writes thrillers, fantasy, and science fiction.

In among his career as a corporate project manager he has: rebuilt and single-handed a fifty-foot sailboat, both flown and jumped out of airplanes, designed and built two houses, and bicycled solo around the world.

He is now making his living as a full-time writer on the Oregon Coast with his beloved wife. He is constantly amazed at what you can do with a degree in Geophysics. You may keep up with his writing by subscribing to his newsletter at www.mlbuchman.com.

Giveaway
*Must be 18+ to enter.
*Giveaway is for U.S Residents ONLY.
*Winner will be notified within 24hrs of giveaway ending.

a Rafflecopter giveaway
Posted by Stacey at 6:00 AM