As an author, I enjoy making my own way in life--answering to no one, but myself. I do enjoy meeting fans and attending book events. I was so excited to be invited to sign in New York City with several of my fellow authors. My life was going so well until I made one mistake. His name was Daniel White. Daniel is the cover model extraordinaire. Meeting Daniel changed my whole life. I’m not sure quite what to make of it. He’s stubborn, bossy, and won’t leave me to my own space.

What should I do with him?

If I was writing my own story, I’d have written my character a better ending. This has to get better . . . doesn’t it? 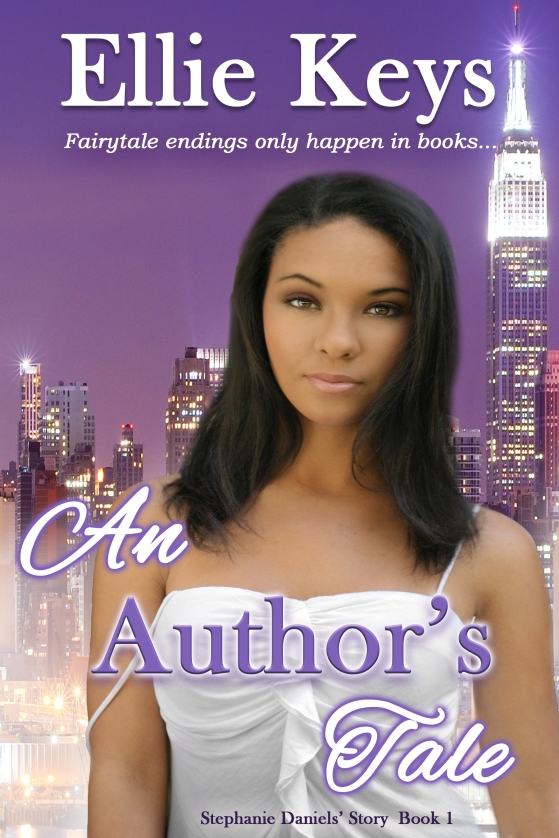 OH! I remembered then. I was on my way to my room. In my inebriated state, I'd mixed up the numbers. I had ended up at his door trying desperately to get my key to work. I recalled hearing some kind of grumbling from the other side of the door, but hadn't really been coherent enough to put two and two together.


I'd fallen through the door when he snatched it open. I was on the floor for a few moments giggling and I heard him curse. It had sounded like he’d said something about eager fans or desperate women. Either way, I'd laughed and told him that he was an asshole for jumping to conclusions because I wasn't what he thought I was. I was just too drunk to realize that I was trying to get into the wrong room.

I’d tried to lift myself up and almost fell. I'd tugged on something, but didn't know what. I didn't know until I was on my knees in the next moment facing his slightly erect rod, which was beautiful and staring me in my face. The one-eyed monster had my full attention.

"Okay, beautiful, you got to see it. Now let go of my pants," I’d heard him say.

My eyes never budged. I was fixated. Before I realized it, I had the head of him in between my lips. Once I had it, I wasn't letting go. I didn't until he'd grabbed my bun and tugged. He lifted all of my size- fourteen, five-foot-four, one-hundred-seventy-plus ass up off the floor and hand me spread eagle in the air perched just above his completely erect pelvis a moment later.

"You want this?" was his question.

I was so flabbergasted and turned on by how easily he lifted me that my response was automatic, "Yes. God, yes!"

He quickly slid the only thing hindering his entry to the side and tested my willingness with his fingers. His probing had my head falling back. My panties had to have been soaked through because I had been more than ready. He was deep within me after just a few slight strokes. I lost count over the course of the night just how many times I fell into the lap of ecstasy. I just recalled being in a constant state of bliss. I remembered feeling exhausted and drifting off to sleep with the cheesiest grin. His hand in my dampened honey blonde tresses helped lull me to sleep.

I know I woke up in the middle of the night and felt really hot. I'd rocked back and felt him behind me. I was in that in-between state where you can't tell dream from reality. So, I just went with it. I woke him enough to have my wicked way with him.

"Yeah, you did and quite well I might add. I'll admit that I've never been with a ... a, um, African American girl and definitely not a plus size one but damn ... " he said as he moved around behind me.

I inwardly groaned again then was pissed and irritated with myself. I was most definitely the dumbest woman to walk the face of the earth. Ever so slowly, I sat up and began to stand my naked body on my shaky legs.

"Do not finish that statement. I'm not your baby. As a matter of fact, if I remember correctly, when I fell into your room last night or this morning, whenever, you thought I was some 'desperate fan'. I wasn't then and I'm not now. I'm going to get my bearings and my damn clothes so I can leave. I need to get ready for the event today. Ugh, my head ... and my stomach. I'm going to use your bathroom first," I informed him as I moved very slowly toward my gown, which was in the direct path of the bathroom. Didn't I have on pants before? Oh yeah, I had them on under the gown.

"Wait. Did I say something wrong?"

I just ignored him and concentrated on getting to my garment then to the bathroom. I'd just made it to the gown when I heard the bed move. Ellie Keys is a Mystery/Thriller and Romance author. The more diabolical the read the better. One of her pet peeves is being able to guess the ending before she gets there. She also enjoys reading all things romance, whether it's paranormal, mythological, mystery or contemporary doesn't matter. Her favorite things to do are mostly centered around books. Other pastimes are going to the movies, playing around on social media and she's addicted to word games: Scrabble, Text Twist, Wheel of Fortune. Cookie Jam and Bubble Witch have commandeered her free time lately.
Ellie Keys is from Michigan and a graduate of Central Michigan University with a degree in psychology. This degree allows her acknowledge that she may be a little bit off because of all of the talk about hearing voices that don't allow her to sleep. The good thing about that is she is in good company. She was happy to learn that she wasn't alone when she talked to other authors.