**SPOTLIGHT & GIVEAWAY** I'll Be There by Samantha Chase

I'll Be There
(The Montgomery Brothers, #6)
By Samantha Chase 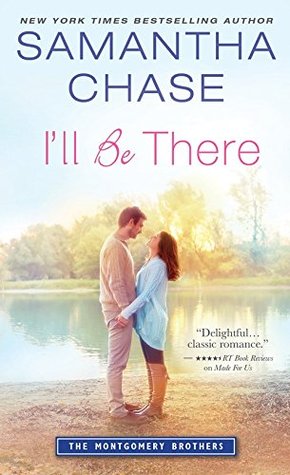 This Montgomery Has a Head for Business

Working for Zach Montgomery is challenging on many levels-coming from a wealthy and powerful family, he lives by his own rules and doesn't answer to anyone. But Gabriella Martine has no intention of backing down. She's used to handling stubborn men, and it doesn't hurt that Zach is smart, charismatic… and gorgeous.

And a Heart for Adventure

Zach's perfect world is turned upside down when a climbing accident leaves him broken, angry, and maddeningly dependent. In his slow quest for recovery, Gabriella is always there to help… but as Zach comes to see his beautiful assistant in a new light, he is forced to re-evaluate what it really means to be aman worthy of Gabriella's love.


Hey, everyone! I’m Samantha Chase and I’m so happy to be here with you today. So Zach Montgomery – my hero in my new release “I’ll Be There” – is a wounded hero in every sense of the word. He’s sort of been the golden boy of his family and always lived life to the fullest. His passion was traveling and experiencing all kinds of extreme sports. On his last adventure – climbing Mount McKinley in Alaska – he suffers a near-life-threatening fall and is partially paralyzed.

His story actually begins in Montgomery book five – “Meant for You” – and he’s already proved that he’s going to be difficult. When we catch up with him now in this book, three months have gone by since the accident and he’s still in pretty bad shape – mentally and physically. For a man who always excelled at everything, Zach felt that he was going to get through this recovery and be back on his feet quickly. He took the diagnosis of partial paralysis as a minor bump in the road. But when it becomes obvious that it’s not going away any time soon, he starts lashing out at everyone. He refuses to work (even though he’s the head of the company), he shuns his family and friends and he’s particularly harsh on his assistant Gabriella.

The two of them have sort of been dancing around one another for years. At one time they were close but eventually their relationship turned to being cold – and that was totally on Zach’s part. And now he’s being even harder on her mainly because he’s feeling inferior – he doesn’t want to appear weak to anyone. Especially Gabriella. So as his recovery sort of hits a wall, he doesn’t want anyone around him. Unfortunately for him – all of the people in his life have had enough of his foul mood and they’re ready to step in and do something about it. That’s where Gabriella mainly comes in. She’s there to make sure he doesn’t lose his company and the two of them butt heads more than ever during this time.

Wounded heroes are actually wonderful to write because you can totally see their transformation into the happily-ever-after hero that we all want. And in the case of Zach, he’s wounded and mean but you still have sympathy for him and that is KEY when writing a wounded hero. You want a man who you want to root for. His issues are clear and you watch him go from this angry, defeated man to one who finds love and has hope. Sigh.

Many, many years ago I read a book by Sandra Brown called “Adam’s Fall” and simply fell in love with it. I still have the paperback version! Her hero was injured in a skiing accident (I believe) and that was really the first book I read about a wounded hero and I was fascinated by it! No matter how badly Adam behaved, you still kind of felt for him and that began my love affair with that kind of hero. However, Zach Montgomery is my first hero with this kind of extensive wounds and issues and so far readers have really responded to him. 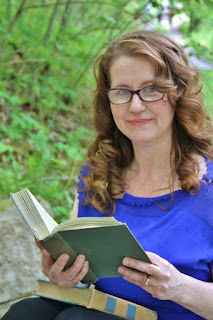 Historical romance author Samantha Grace discovered the appeal of a great love story when she was just a young girl, thanks to Disney’s Robin Hood. She didn’t care that Robin Hood and Maid Marian were cartoon animals. It was her first happily-ever-after experience and she didn’t want the warm fuzzies to end. Now Samantha enjoys creating her own happy endings for characters that spring from her imagination. Publishers Weekly describes her stories as “fresh and romantic” with subtle humor and charm. Samantha describes romance writing as the best job ever.