Who doesn't love finding out about a new story? Well here's another one!
Enjoy the excerpt and make sure you enter the giveaway! 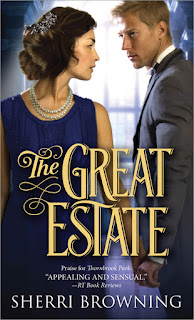 Pulled apart by past mistakes. Driven by a passion neither could deny.

Sophia Thorne was young and inexperienced when she married the dashing Earl of Averford…and through dark and troubled times, their relationship nearly came to an end. Now she’s determined to transform herself into the fiery, ardent lover she always wanted to be, giving them a second chance at love… before they’re lost to each other forever.

It took nearly losing Sophia for Gabriel to realize he had allowed his love for his great estate to distract him from his beautiful wife. But that time is over. Despite all the obstacles standing in their way, Gabriel vows to teach Sophia what it is to truly love…and to be loved by a husband devoted heart and soul to her every desire.

Sherri Browning writes historical and contemporary romance fiction, sometimes with a paranormal twist. She is the author of critically acclaimed classic mash-ups Jane Slayre and Grave Expectations. A graduate of Mount Holyoke College, Sherri has lived in western Massachusetts and Greater Detroit Michigan, but is now settled with her family in Simsbury, Connecticut. Find her online at www.sherribrowningerwin.com. 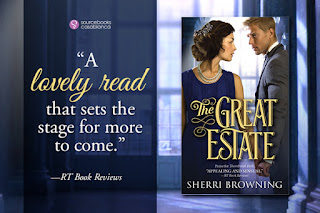 Thornbrook Park. A warm wave of pride filled him at the sight as Dale drove them up the winding way. The chimneys appeared first over the crest of the hill, followed by the slate roof, and finally the rose stone facade. How could he have stayed away so long?
Sophia wouldn’t be expecting him. He planned to surprise her, perhaps persuade Finch not to even announce his return. He would simply appear at the dinner hour, dressed to the nines, and act as if he had been there the entire time. Darling, I believe the quail is cooked perfectly, but not quite the same as when I shoot it myself… No, it wouldn’t do. She hated it when he left her alone to go off hunting. He’d always known it, but he couldn’t seem to give it up. Old habits. In truth, he couldn’t wait to get his boots on, the good English ones he’d left behind, take up his rifle, and stomp off into the woods. His woods. Alas, there would be no more hunting. At least, not as frequently, and certainly not right away. Not until he was certain that he wouldn’t upset Sophia further. Not until she forgave him.
Perhaps he could suggest other activities that they could do together? His brow shot up. He knew just what activities he had in mind, but they would have to work up to that. Slowly. He meant to court her properly, one step at a time.
“Now, Dale, I don’t want a fuss,” he said. “It’s good to be home but no need for a celebration. I mean to slip in quietly.”
“Mr. Finch wouldn’t share the news, my lord. I was at his side when he took your call and promised not to tell a soul except me, not even Mrs. Mallows.”