On the blog today we welcome Victoria Vane.

Make sure to add this book to your TBR list on goodreads below. ^_^

Also, check out my interview with Victoria and enter in the awesome giveaway. Enjoy! 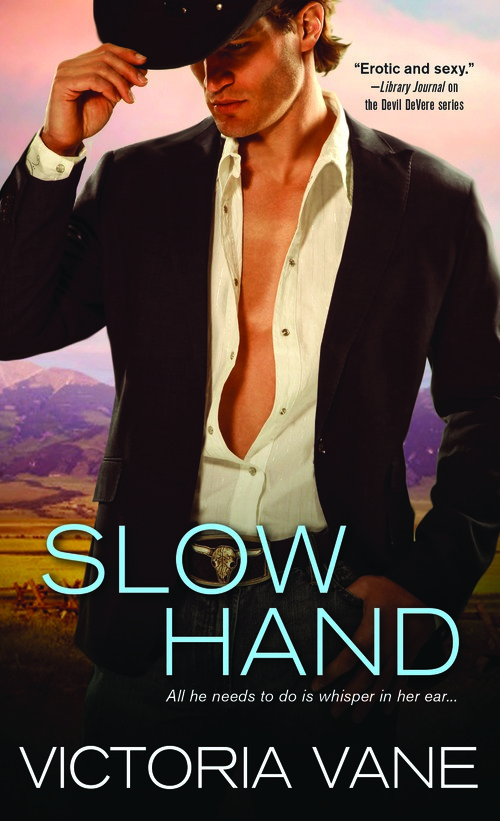 In rural Montana…
Wade Knowlton is a hardworking lawyer who’s torn between his small-town Montana law practice and a struggling family ranch. He’s on the brink of exhaustion from trying to save everybody and everything, when gorgeous Nicole Powell walks into his office. She’s a damsel in distress and the breath of fresh air he needs.
Even the lawyers wear boots…
Nicole Powell is a sassy Southern girl who has officially sworn off cowboys after a spate of bad seeds—until her father’s death sends her to Montana and into the arms of a man who seems too good to be true. Her instincts tell her to high tail it out of Montana, but she can't resist a cowboy with a slow hand… 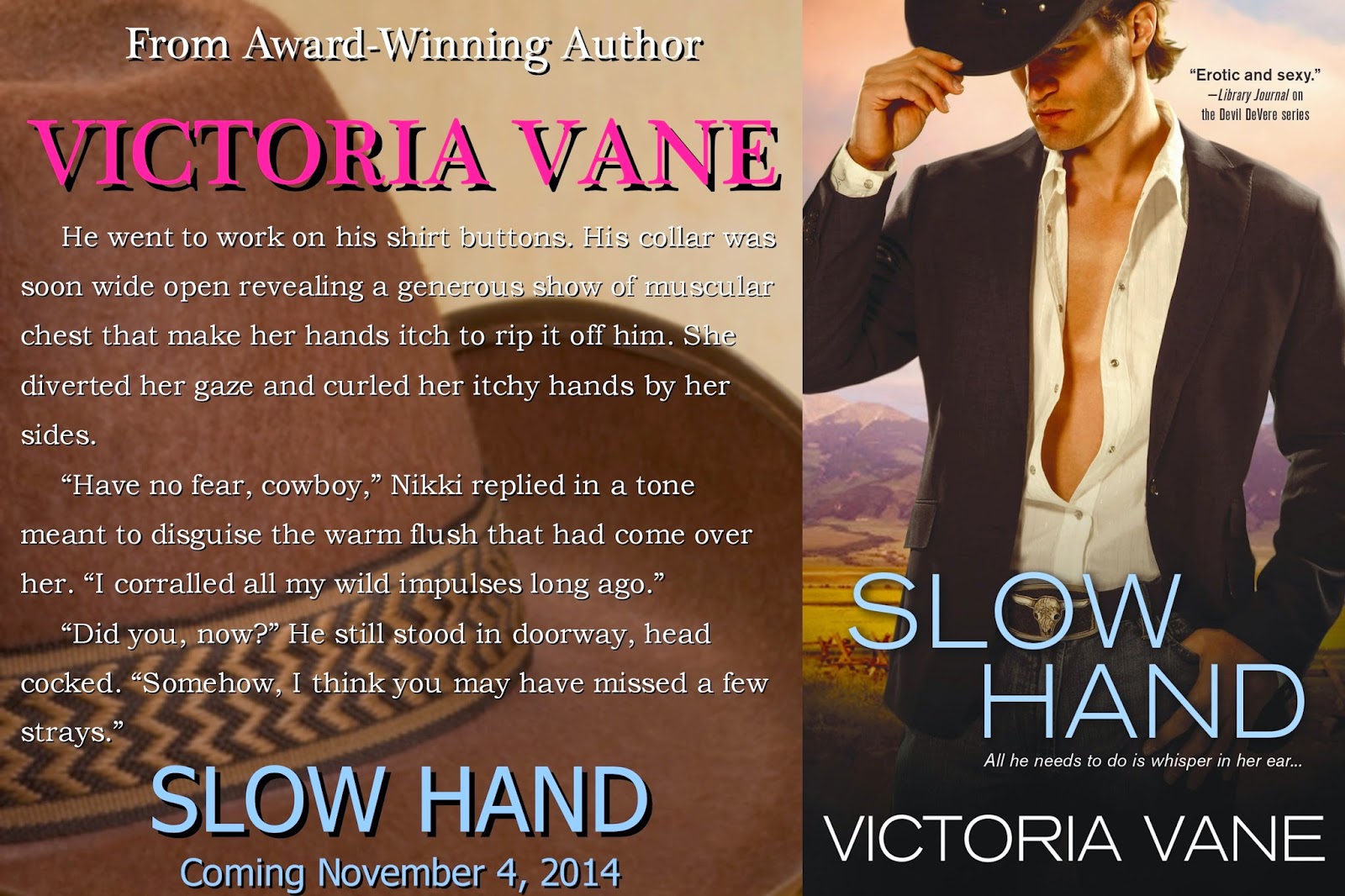 What or who inspired you to become a writer?
I have always loved books but never dreamed of becoming a writer until I was 44 years old. AN idea for a story just came to me and wouldn’t let me go- so I began writing. Fourteen months later I wrote “the end”, but had no idea what to do. I had never taken a class and didn’t know any writers so I began web surfing. I learned about query letters and started sending them out. I was shocked to get replied from two publishers who were interested in my story, Sourcebooks and Kensington. The book was published 18 months later as THE HIGHEST STAKES under my historical fiction pseudonym Emery Lee.
In 2011, after two historical fiction novels, I decided to move into historical romance writing as Victoria Vane. A BREACH OF PROMISE was my first hot little novella. Readers loved it so I kept going. I have now published eleven hot histocial romances and am making a three hundred year leap into contemporary Westerns.
Ironically, I am currently contracted with those same two publishers for two different contemporary romance series!


Who is your favourite Author & what is it that really strikes you about their work?
I don’t have a single favorite author but have been influenced by several. I love Georgette Heyer for her wit and over-the-top characters. I also admire Robin Schone for her sensuality.


Do you ever experience writer’s block?
I do and it’s absolutely agonizing! When it happens I almost always go back to the beginning to try to figure out how I lost my mojo. I eventually find my may back but it’s really a struggle. Sometimes I just have to leave the story for a few weeks so I can look at it with fresh eyes.


What do you like to do when you're not writing?
I usually walk my dog or ride my horse. I also play the Celtic harp but don’t have much time for that any more.


Is anything in your book based on real life experiences or purely all imagination?
Absolutely! Nikki’s character is very biographical- the bad childhood, alcoholic father, and even her emotional meltdown at the airport. The hero is entirely fictional, although he was inspired by my first cowboy crush – also named Wade Knowlton!


As a child, what did you want to be when you grew up?
I love foreign languages and wanted to become a linguist. I have a natural ability but unfortunately have never had the chance to fully develop it.


If Hollywood made a movie about your life, whom would you like to see play the lead role as you?
According to a quiz I once took on Buzz Feed, Jennifer Lawrence would be perfect to play me!


Do you have any advice for aspiring writers?
Be prepared to work your butt off and don’t be afraid to take chances.


How would you describe yourself in 3 words?
Tenacious as hell.


What’s one thing readers would be surprised to learn about you?
I am claustrophobic, acrophobic, and have a powerful aversion to pigs and clowns.


What Scares you the most and why?
Pigs and clowns!


Light or Dark chocolate?
Light
Sunrise or Sunset?
Sunset. I am NOT a morning person!
Dogs or Cats?
Dogs – especially little black ones named Alfie
Tea or Coffee?
Both. Coffee every morning and Earl Grey at night.
Favorite Colour?
Pinks and Reds.
Favourite Disney movie?
Beauty and the Beast.
Name 5 of your fictional crushes as of right now?
Jamie Fraser/Sam Heughan X 5 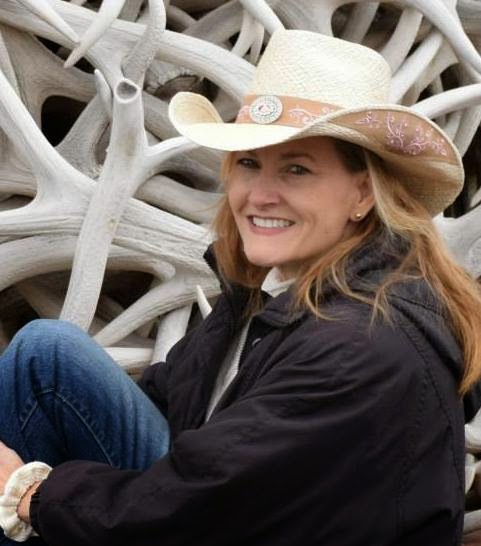