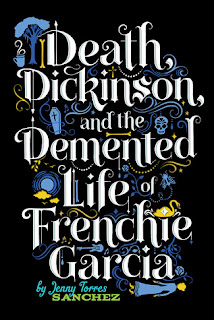 Frenchie Garcia can’t come to grips with the death of Andy Cooper. Her friends didn’t know she had a crush him. And they don’t know she was the last person with him before he committed suicide. But Frenchie’s biggest concern is how she blindly helped him die that night.Frenchie’s already insane obsession with death and Emily Dickinson won’t help her understand the role she played during Andy’s “one night of adventure.” But when she meets Colin, she may have found the perfect opportunity to recreate that night. While exploring the emotional depth of loss and transition to adulthood, Sanchez’s sharp humor and clever observations bring forth a richly developed voice.
ADD ON GOODREADS
Jenny Torres Sanchez 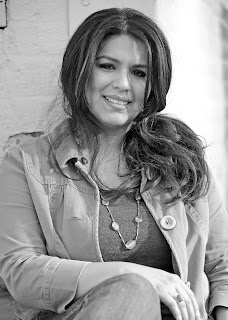 Jenny Torres Sanchez lives in Florida with her husband and children where she currently writes full time. Before her debut novel The Downside of Being Charlie she taught high school for several years, where she credits her eclectic students for inspiring her to write young adult novels.


(“What fiction most influenced your childhood, and what effect did those stories have on Death, Dickinson, and the Demented Life of Frenchie Garcia?”)
The story that most influenced my childhood is probably one of Ray Bradbury’s short stories titled All Summer in One Day. It’s the story of a girl named Margot who lives on Venus. She is locked in a closet by her classmates during the only hour that the sun makes its appearance on the planet every seven years. It ends with her classmates remembering Margot after they have enjoyed the sun and it has once again disappeared for another seven years and they unlock the closet.
That sixth grade teacher, he had a bad rep with the students because he was kind of strict and maybe even a little condescending, but he knew how to read a story so we would beg him to read to us. When he came to the end of that story, I remember feeling such huge empathy for Margot, and this surge of anger for the injustice done to her. But I also remember thinking she wouldn’t be the kind of person to lash back at her classmates. She would never be the kind of person to be as mean, and malicious, and callous as they were.
So, when our teacher asked us to write a scene of what might have happened once Margot came face to face with her classmates, I imagined her being hurt, but still wise and forgiving and able to impart some wisdom to those who bullied her. I wrote this scene were Margot talks about how sometimes it takes time and patience to see the beauty in the world, or in someone or something. And how perhaps they would one day see the beauty in her. I liked the idea of adding to that story and when our teacher chose to read one to the class, it was mine. I remember feeling really proud, especially since he usually didn’t pay many compliments. And that story I think was really my first understanding of character, of struggle and pain and unfairness, of growth within a character. And I’ve remembered it ever since. I think it’s one of the main reasons my stories are more character driven than plot driven.
Tour Giveaway
﻿