Firstly, I'd like to apologies for the post, blogger was playing up and it took me a very long time just to get this post up. I tried everything and it still turned out like this, so I am sorry to the authors about the post. I've heard alot of other people are having the same problem. Not good blogger, not good!!!
Anyway...
Welcome to the day 2 of our Indie Author Appreciation Week, if you missed yesterday's Author's click HERE﻿ or just scroll down to the last post.
Today we have three more awesome authors for you to check out. 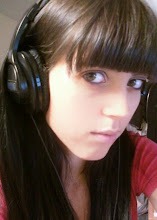 AUTHOR BIO:
Robyn M. Pierce has been writing since 2005. In 2007, she came up with the idea for Masquerade, the third book in The Lanistter Chronicles. Before finishing that, she wrote two other novels to precede Masquerade in the series, both published in 2012. She loves paranormal romance, young adult fiction, and just about anything with a plot that can grab her attention

DARKEST EMBRACE
While running away to escape the actions of her deceased father, Elyssa Smith is caught in the worst storm that Lanistter Isle has ever seen, forcing her to seek shelter in the only place nearby -- Lanistter Castle. Soon, however, it's made clear that the inhabitants of the castle are the ones she's running away from in the first place.

Zeke Lanistter is the head of the European Lanistter branch -- and a sadist through and through. He has bloody plans for Elyssa, and will stop at nothing to get rid of her.

Reid Lanistter is known by many for his womanizing. But when Elyssa enters the castle, he does all he can to protect her from Zeke, unexpectedly morphing into a one-woman man.

In a sinister turn of events, Reid becomes the danger to Elyssa's life, and it’s Zeke who finds himself doing whatever he can to protect Elyssa...

The castle is shaken after the attempt by Tywin to take over Reid's life.
After all that happened, Elyssa wants nothing more than to run away from Lanistter Castle -- and away from Zeke as well. A spell makes her unable to go, however, and she learns that running away was never the best option; especially when she finds herself bound to the Lanistters in another way.
Dmitri has always been afraid of his oldest brother. With a Mate and a strong new friend, everything seems to be getting better. But his relationship begins to fall apart in the wake of tragedy, and he is left to try to find himself in all of the destruction.
Zeke has always made himself believe that what he has been doing has been for the good of his family and his world. After Tywin's scheme, though, he is left to wonder if he really has been helping his family; it seems more broken than ever. With a new eye for the world, Zeke finds a companion and tries to make amends.
The whole castle is recovering from the after-effects of Tywin's plot. As they begin to think that everything is going to be okay, they notice things that make them suspect that Tywin may not be gone after all...

I’m currently working on the third book in The Lanistter Chronicles, Masquerade. It’s coming along really well, and I seem to be able to surprise myself with each new idea that comes out onto the paper. Masquerade takes the tales of the Lanistter family overseas to the American castle, where King Alberon and Queen Lilly are forcing their children to throw a masquerade ball in an attempt to get them to find Mates. Neither of them is very keen to the idea of settling down, but they have no choice, so they try to make the most of the event. That is, until an anonymous death threat is made, and Prince Lazarus has no choice but to enlist the help of former seamstress Chastity West. Chastity is also the head of Lazarus’s covert ops team, and happens to be the one woman Lazarus has considered Mating since the masquerade started.
Aside from Masquerade, I am toying around with a project that is currently titled Online Affair. I’ll be able to post more about that romance novel when I know more about where it’s heading, but I can say that it’s not a paranormal romance, so this will be new-ish territory for me.

Author Bio
Angela Duirden-Galbreth is definitely her own woman. Though, she wears many hats—all various sizes and shapes: wife, mother, author, pastor, business owner, daughter, sister, and friend. She does it all with style and a double dose of pizazz!
A native of Texas born into a family of 13, Angela was raised in the small town of Lufkin. Currently she resides in Killeen, Texas. Married 22 years to the love of her life, a career soldier, she has traveled the globe extensively. To this union they share two beautiful children.
Angela Duirden-Galbreth began her writing career at the tender age of six. Yes, stapled notebook paper in booklet form, she was sure her four page masterpiece would be a bestseller. Since then, she has published two novels from the “Looking For Me” trilogy. In addition, Angela was recently awarded the first Annual Soul Sister Creative Writing Award. A sought after keynote speaker for women’s conferences, seminars, and empowerment lectures, Angela speaks with insight and electric power while holding true to her own unique style.
Angela Duirden-Galbreth has earned a Masters from Tarleton State Central Texas. Her upcoming titles include: “Looking For Me II: Bitter Sweet Lies and Soul Ties”, “Looking For Me III: The Crooked Circle”, “Inconvenient Love”, and “I Am WOMAN and I Ain’t Scared”. If she’s not working on her latest spicy novel, you can find her reading, engaged in politics, or indulging her sweet addiction to chocolate. As Angela celebrates the beauty of every day, she looks forward to seeing what the next chapter of her life will bring!
Looking For Me

Remona "Mona" Bishop was forced into a world of hatred and confusion. After the death of her grandmother; Big Momma, she is forced into the foster care system. But all of the "old folk" teaching that Big Momma instilled in her; were washed away with pain, shame, and haunted dreams. After running away from her foster care home, she lands into the arms of Lee. It is then, Mona quickly finds the love she needed that Big Momma once shared with her. But, when Lee gets the chance to follow his dream, the world he'd once desired becomes his worst enemy. Can Mona save Lee and restore the man she'd fell in love with? Or will she join him to keep the love? Author Angela Duirden-Galbreth, provides a story of love, triumph, and survival in this suspense- filled story "Looking for Me".

I've been creating stories my whole life, but only for me, in my own head. Then one day I sat down and started to write a book. I completed my first novel, In Search of Lucy, in February of 2011. Seven months later, AmazonEncore contacted me about representing my book. It's currently in the #1 Bestselling Drama on Amazon Kindle.I recently completed my second full-length novel, this time a thriller. Vigil Annie is now available on Amazon! One reviewer called it "suspenseful, well-crafted, and fast paced."I am also the author of a mystery series (A Hint of Murder) and a short, sweet romance (Special Delivery).I was born and raised in Southern California and hold a bachelor's degree in journalism and a multiple subject teaching credential. I'm a wife and mother of two teenagers.
In Search Of Lucy

Lucy Lang's life is spiraling out of control. For years she sacrificed her own needs to care for her half sister and alcoholic mother, only to be abandoned by both. Now, at age 30, Lucy finds herself held back by memories and regret as she struggles to find her own purpose in life. But when her sister needs a kidney transplant, Lucy is the only one who can save her life.

With the help of new friends and a man who won't give up on her, Lucy sets out on a journey to reunite with her sister and find the answers she so desperately needs. Can she get past her emotions and have a chance at happiness? With its colorful and endearing cast of characters, In Search of Lucy takes readers on a rollercoaster of emotions from sadness and heartache to happiness and hope.

Annie Crawford is an ex-cop living a double life. After her fiancé is murdered and she is left for dead, a desperate Annie steps outside the law to seek vengeance. She turns to a vigilante agency headed by a man with his own secrets. Annie must work for them as they investigate the murder and help her find the answers she needs.
Now working on the wrong side of the law, Annie’s life has one purpose: justice. Justice for her fiancé and for the city she lives in. But as Annie’s taste for the vigilante life grows, the agency struggles to control her, putting everyone involved at risk. And the deeper she sinks into this new unsavory life the more she fears she may never return.
WEBSITE
TWITTER
FACEBOOK


Thanks so much for stopping by, don't forget to come back tomorrow for day 3. We hope you've found some new books/authors to follow.
HAPPY READING!!
Posted by Stacey at 2:25 PM