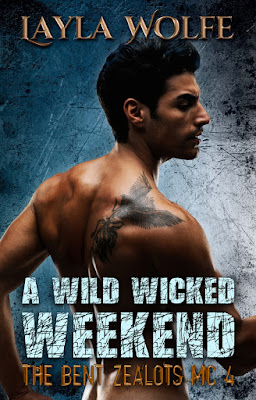 When they do right, no one remembers.

When they do wrong, no one forgets.

HAVEN: At forty-five, I was a washed-up racecar driver, a Daddy Dom who had searched the world over for his power bottom, his submissive. Fuck, I was still a Prospect for the Bent Zealots MC. That’s how I came to be in the clubhouse while most of them were raising hell at a Vegas rally. Word came there was a stiff down on the Rez, and the Zealots were getting blamed for it. My mission included a clownish reject from a rival club name of Mike Drop, and a mysterious half-breed who would change my life forever.

OGDEN: I met Haven there in the desert, standing over the disemboweled corpse of a tourist. After I made a sleazy deal that would help solve the mystery and clear the Zealots’ name, that muscle daddy gave me a tongue-lashing of a lifetime. Have more self-respect, Haven said. As the bastard half-Navajo basketballer who had frittered away a scholarship, I was a bad penny. Haven, with his powerful mastery at training and molding me, gave shape to my form.

HAVEN: Ogden is my forever toy, a morsel for me to savor. He says you can’t see the future with tears in your eyes. If we make it through this hell together, we’ll see clearly. The club will know I’ve made my bones when I bring them the killer’s head on a platter.

Publisher’s Note: This book is not for the faint of heart. It contains scenes of graphic gay sex, illegal doings, bondage and discipline, sadomasochism, and violence. It’s a full-length novel of 60,000 words rated 18+ due to possible triggers. There is no cheating or cliffhangers, and HEAs all around for all. 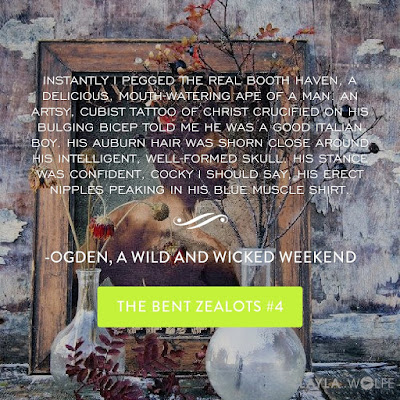 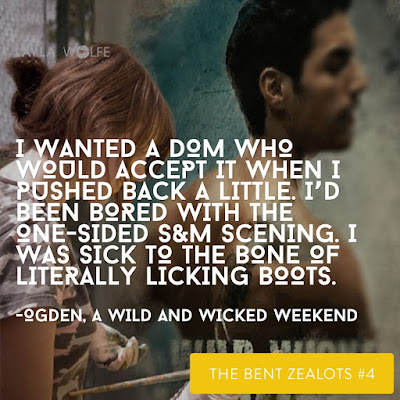 Bestselling author Layla Wolfe likes to bring you alpha males--sometimes two at a time--and the kick-ass women who love them. Her BARE BONES MC series explores the dark, disturbing life of the biker club in Arizona. Her spinoff series THE BENT ZEALOTS MC is a gritty MM saga. THE ASSASSINS OF YOUTH MC is a spinoff set in Utah. For a FREE COPY of THE BARE BONES #1, sign up for her newsletter at:http://eepurl.com/bGUkzz