Lori Foster’s fantastic contemporary romance, DON’T TEMPT ME, is here! A story of how love comes along when you least expect it, be sure you order this amazing novel today!

“Don’t Tempt Me is a sweet, fast read about finding family, love, and more! You can’t go wrong with this book! It’s a must read!”—Night Owl Reviews 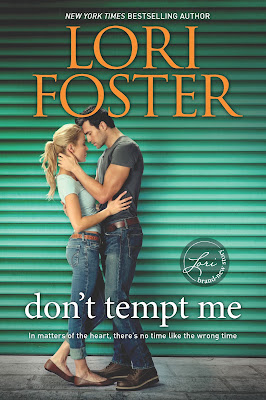 Get your copy of DON'T TEMPT ME here!


Jason Guthrie has no time for entanglements—between helping out his widowed brother and teenage nephew and getting his hometown back on its feet, his days are spoken for. But his nights are another story… And when his lovely new neighbor, Honor Brown, reluctantly accepts his help in remodeling her house, Jason finds himself wishing his handyman skills could knock down the defenses she keeps building around herself.


Martial arts teacher Sullivan Dean knows real danger when he sees it—even when it takes the form of the gorgeous blonde helping her friend move in across the street. After putting his wayward past behind him to focus on teaching control to troubled kids, Sullivan has learned to avoid party girls like Lexie Perkins. But Sullivan can’t seem to keep his hands off the real woman behind that flirty charm—or keep his heart from landing at her feet…


Add it to your Goodreads Now!


Needing a new focus, he returned to the window. Earlier, Honor had been painting. Two at a time she’d carried in cans of paint from her car, getting soaked in the process. At this rate, the whole house probably had a fresh coat. He wondered at her color choices. Was she a bold primary kind of girl, or soft pastels? A continuous color like this house, or a rainbow of hues, each room different?

He’d bet on the rainbow.

A few minutes later when Honor’s front door opened, Hogan was already gone. Propping a shoulder on the window frame, Jason watched her as she stepped out, locked the door and double-checked it.

She wore skinny jeans, sandals, and an oversized top that mostly concealed her figure. Before stepping off her rickety porch she opened an umbrella—one that sported wide, bold stripes in every color imaginable.

He’d like to see the progress she’d made inside the house, but just as the rains had kept her inside, they’d kept him away from the yard. He’d worked either inside his garage or not at all. Probably for the best. If he got inside her house and saw her workload, he’d want to help. He and his nephew were alike that way. But she’d already made it clear that his help was unwanted.

As Honor darted into the rain and to her car, he tracked her every move, and nodded.

Hours later, as Jason lay in the dark trying to sleep, he heard her pull in to the driveway. Her headlights cut across his window, briefly illuminating his room before she turned them off. She didn’t slam her car door, but the sound of it closing echoed over the quiet streets. He glanced at the clock and saw it was 2:00 a.m.

Without giving it much thought, he threw back the sheet and strode to the window to look out. He had a better view from his dining room, with that view directly facing her front porch, but he was naked, so he stayed in his bedroom and lifted aside the curtain.

Sometime during the night the rain had stopped. Black clouds parted and moon shadows danced over the yard. The fain glow of her porch light showed the exhaustion visible in every line of her body. At the bottom step of the porch she paused and looked up, staring at the skinny crescent moon for a very long time.

While Jason stared at her.

His heart beat heavily and he felt unfamiliar things, things that only partially involved lust. Every day for a week he’d thought about her, watched for her, worried over her situation.

He wanted to lend a hand. It went against his nature not to. But she’d been pretty clear on her preferences.

Finally she lowered her head, rubbed at her eyes, then trudged up the steps and, after fumbling at her door for longer than should have been necessary, she went in.

Telling himself he’d only watch to ensure that she got inside safely, Jason waited.

Lights came on as she walked through the house to the kitchen, then out again when she went to her bedroom

She must have undressed in the dark.

When all stayed quiet, Jason decided she’d gone to bed.

After a deep breath he dropped the curtain and did the same. 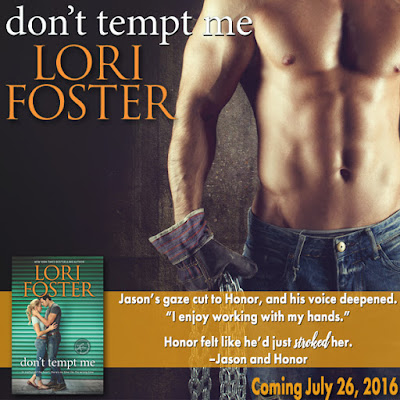 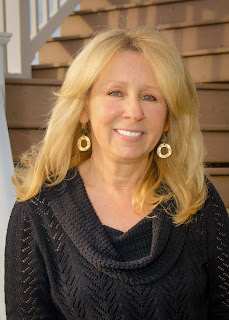 Since first publishing in January 1996, Lori Foster has become a USA Today, Publisher’s Weekly and New York Times bestselling author. Lori has published through a variety of houses, including Kensington, St. Martin’s, Harlequin, Silhouette, Samhain, and Berkley/Jove. She is currently published with HQN. Visit her online at LoriFoster.com.