An Element of Time by Bebe Knight Book Blast! 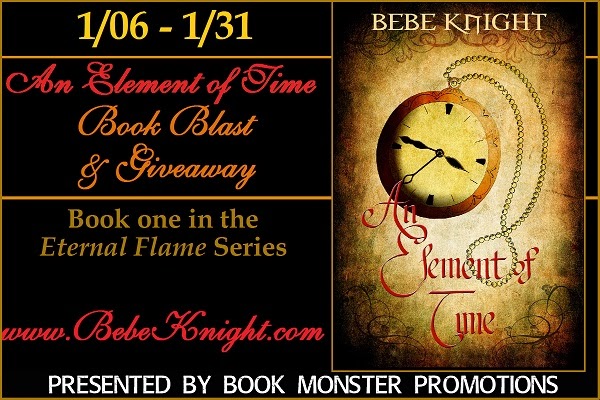 Thankyou for joining us while we help promote An Element of Time by Bebe Knight.
We hope you will scope out the book and enter the giveaway at the end of the post.
Enjoy! 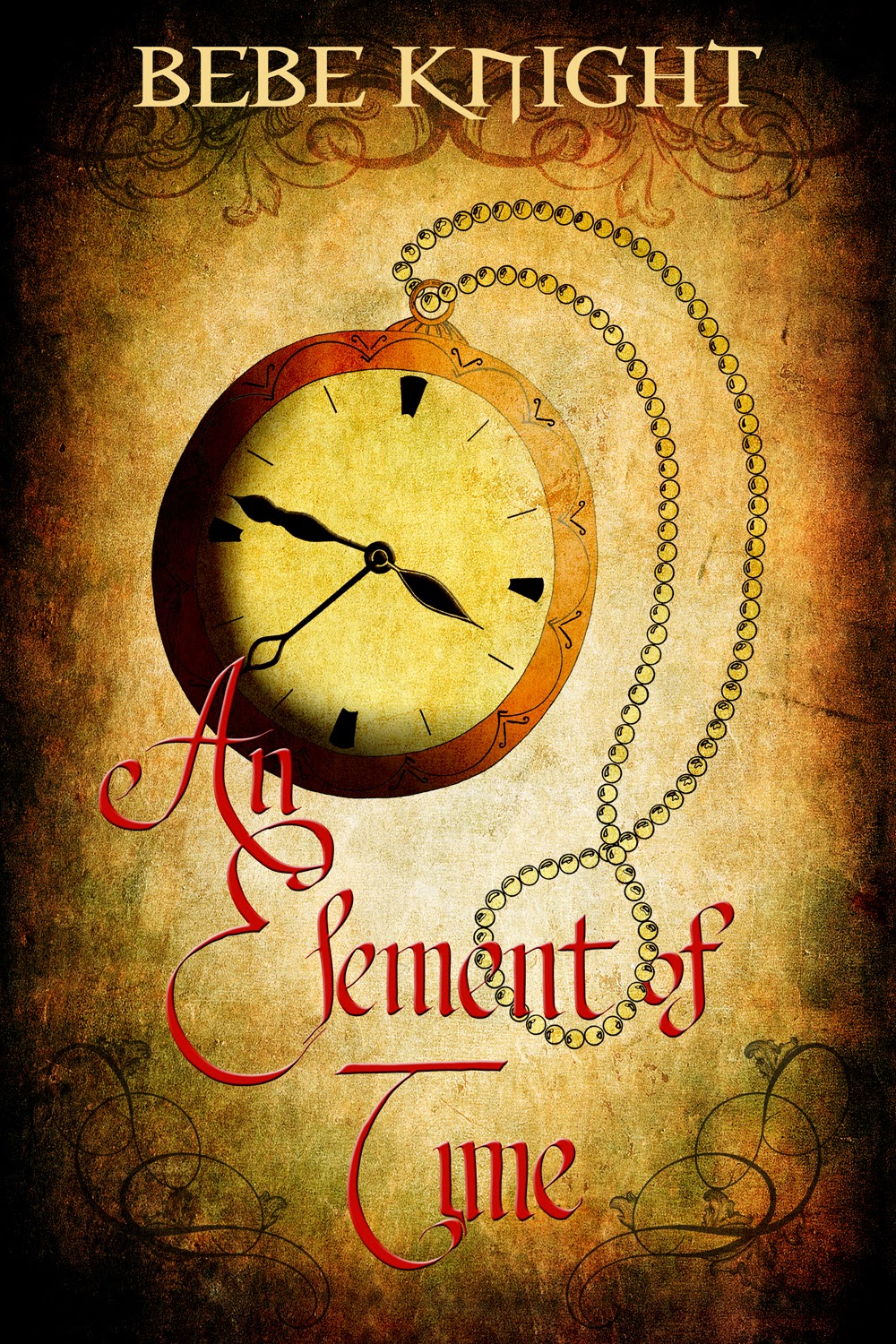 The world has seen its fair share of evil, but Veronica Chase had no idea such monsters truly existed. Werewolves, poltergeists, witches… even vampires. Ignorance was bliss. But her reality was crushed on that horrid day her family was taken away from her. Now, Veronica has devoted her entire life to hunting those very creatures, searching for the werewolf pack that murdered her parents in hopes of finding her abducted sister. Nothing will get in her way of settling the score for the hand she was unjustly dealt. That is until her newest assignment brings her to her knees.

After one hundred and eight years on earth, Mackenzie Jones thought he had seen it all. With the exception of daylight of course, but that’s what comes with the territory being a vampire and all. Perpetually damned to live his life as a bartender in the shadows of the night, nothing has sparked his interest lately. Just once he wished something exciting would happen in his mundane life. Little did he know, his wish was about to come true. Walking through the door to his bar, and into his heart, Mackenzie allows love to take the wheel for the first time. There’s just one slight problem. She’s there to kill him.

Bebe Knight is the author of the paranormal romance series, The Eternal Flame Books. She lives in Upstate NY with her husband and son. Writing has always been a part of her life whether it be books, plays, or handwritten letters to friends and family. It’s a dream come true for her to be able to share her stories with others.

She graduated from the State University of New York at Albany and holds a B.A. in Fine Arts and Art History. She is currently a member of the Romance Writers of America and has started working on the second book in this series. In her spare time, she also writes for her romance novel review blog at Reading Until I Fall Asleep (www.readinguntilifallasleep.com).

Visit the Bebe Knight – Author Facebook page for more on The Eternal Flame Series or email her at bebe@readinguntilifallasleep.com

a Rafflecopter giveaway
Posted by Renee Booth at 12:00 AM