**FREE BOOK** Hers to Bear by Tamara Hoffa 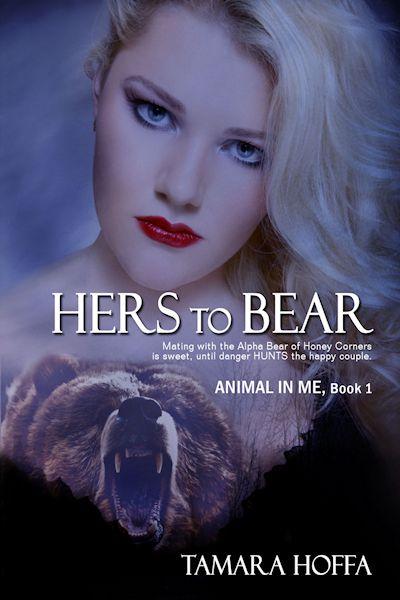 Twenty-five and never been kissed, Jenna Raynes is a beautiful woman with a rubenesque figure often overlooked by men. In the mood for a little honey, the sassy new schoolteacher is stopped in her tracks by one growled word from an alpha bear…“Mine.”
Bern Helms’ inner bear catches the scent of his destined mate. His animal’s desire is drawn to her curves, but Jenna is human, and not lured to him by instinct. Convincing her begins as a sizzling, sweet affair that is soon spoiled by danger. In their small backwater town, nerves are strung taut. Someone is abducting shifter children.
When confronted, Jenna is as protective of her students as a mamma bear. For Bern, all bets are off when the kidnapper’s take Jenna too. Nothing will keep a bear from his mate. The hunters will become the hunted…

Bern had come into the store for his daily honey fix. He admitted it, he was addicted to the stuff. He had just bought two dozen biscuits at the bakery and he was going to drown them in honey, along with a nice piece of salmon for dinner.

When he stepped through the door he stopped in his tracks. His nostrils flared and his heart began to race. What was that fabulous scent? Like honey and vanilla, but something else too. Something that was making his cock stand up and do a happy dance in his pants.

Mate. Oh my God and goddess, his mate was in this store. He couldn’t think. Instinct took over and his legs carried him to the source of the tantalizing scent that had his libido raging and his bear roaring.

He was beside her before his brain had caught up with his body. He had to touch her. She was his. His hand covered hers as she reached for a jar of honey on the shelf. “Mine,” he growled. When she looked up at him with crystal blue eyes he thought he’d fallen into them and drowned.

Flawless porcelain skin covered a face that could have been painted by Botticelli. Pale blonde lashes framed her startled eyes and her cheeks were flushed an enticing pink. She bit her bottom lip and he wanted to kiss away the sting her torment caused the luscious flesh.

“There’s more than one jar,” she said, and her voice was husky and sweet.

She took a step back and a low growl escaped his throat. His bear didn’t like their mate backing away from them.

“I beg your pardon?”


Book 4 in the series, Howl Sassy, will be releasing May 31!

So begin the journey now!

Other books in the Animal in me series:

Grin and Bear It- Book 3


Other books by Tamara Hoffa

A Special Kind of Love

Heart of a Soldier
About the author 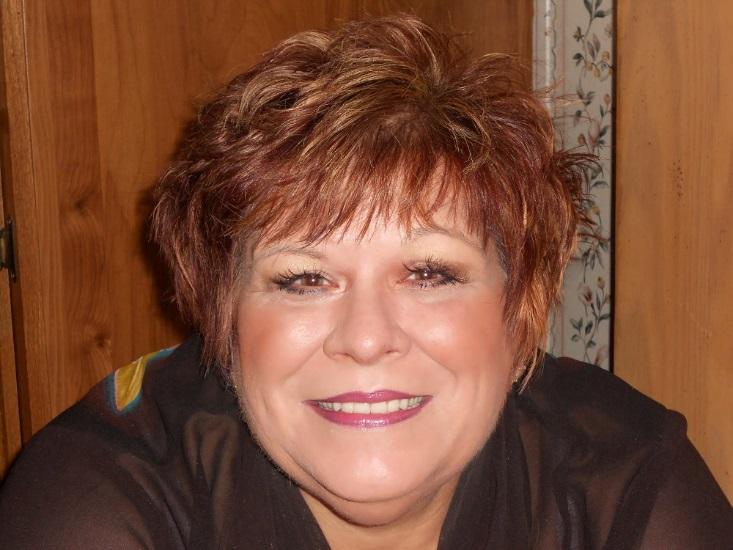 My best friend calls me “her Fairy Godmother,” but I feel more like Cinderella. After over twenty-five years of living a typical life, I now live my dreams and I create them too.

Nothing is better than creating a brand new world from a blank piece of paper. Breathing life into characters and watching their stories unfold—I am truly blessed.

I live in on eight acres in middle Tennessee with my husband, my dad, one of my three children, two dogs and three cats. I am privileged to have two precious grandsons.

When I’m not on my computer or reading my kindle, you’ll usually find me in the kitchen. I love to cook! If I’m not there, I’m on the fields, watching my grandsons’ soccer or baseball games.

It’s never too late to chase your dreams. I’m proof you can catch them, even if arthritis slows you down. Who knows, your own Fairy Godmother may be just a dream away.