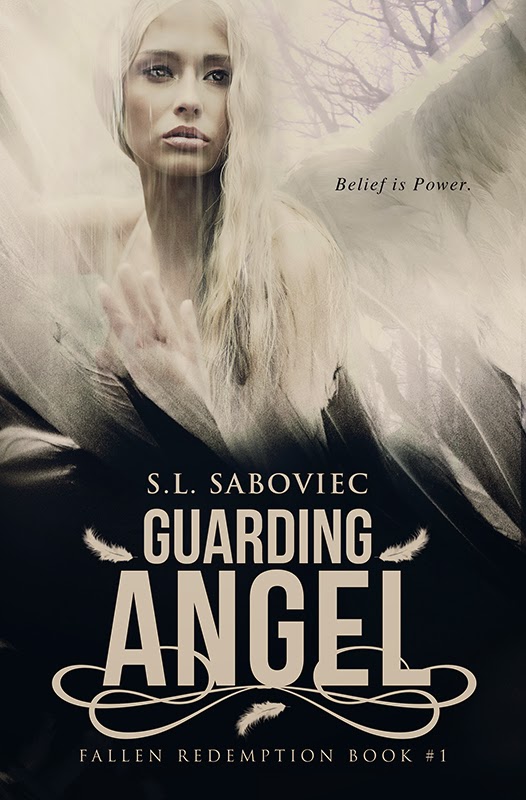 Guardian angel Enael can’t seem to keep her human Wards in check. They’re the ones who choose their paths before reincarnating—she’s just there to help make sure they stay on track. But it’s not as easy as it might look.

When she meets and falls in love with charismatic Kaspen, a fellow Guardian, Enael’s feelings about Heaven, Hell, demons, and the life she’s known are turned upside down. Worse, angel-turned-demon Yasva, Kaspen’s former love, still holds him in her clutches. Even as Yasva works toward obtaining complete control of Earth, she taunts and haunts Kaspen’s and Enael’s lives.

Now Enael is forced to face her past (which is centuries long and bursting with secrets), her present (which is terribly unfulfilling and full of questions), and her future (which becomes more uncertain as time passes). Armed with a newfound love and fear of losing it all, she must figure out how to save the world—-and the angel she loves. Which side will win? Who will Kaspen choose? Will Heaven and Earth continue to exist, or will everything go to Hell? 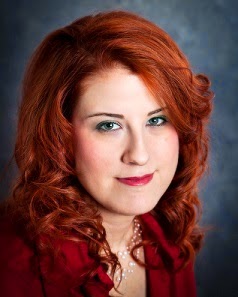 Samantha grew up in a small town in Iowa but now lives in the suburbs of Toronto with her Canadian husband and expatriate cat. In her spare time, she reads, writes, and thinks about reading and writing—along with playing the occasional video game or eight.

Since The Bucket List came out, I’ve seen lots of “here’s my before-I-die list” blog entries. I like that idea, I really do, but at the moment, I’m drowning in to-do lists. I have my work list, which never seems to end, and my personal list, which is so long that I’ve split it into categories. Now, instead of two, I have about six or seven—I don’t even want to count.
But what about all the things I’ve done with my life? Like the daily to-do list, once something happens, I tend to discount it once it’s crossed off. But today, I’d like to pause a moment and be grateful for all the things in the world that I’ve experienced.
Here are ten of them:

My big regret is doing it so young (age nineteen) because my eyes had a tad more adjustment to do and I don’t have the perfect vision I had when I first had the surgery done. But going from thick gas permeable contacts to being without vision correction has been freeing in a way only those who have glasses or contacts could understand. Thirteen years later, I still wake up in the morning and gaze across the room in wonder that I’m able to clearly see the details of the shirts hanging in my closer.

For four solid years, I was committed to journaling, both as a way of discovering who I was as a person and as a way to develop my skill as a writer. Some nights I would sit in front of my computer and spend hours chronicling the events of the past day or two. And now I have a record of that tumultuous, exciting time in my life, one that I may or may not ever go back and read. But having it written down is precious to me. I’m so glad that I did it.

After I finished college, I pursued the sensible course of action—a stable job with a nice pension and good benefits. I shelved my writing and didn’t look back. Yet I wasn’t fulfilled. And I kept wondering—what was missing?
A couple years ago, I realized that for a long time, I would think to myself, “I’ll write when I have time. Maybe when I retire. Maybe after the next promotion. The next project. The next time I have a long break.” Yet it never happened—until a friend helped me wake up and realize that writing was what I wanted to do. Never mind the career that didn’t capture my heart. So what if writing doesn’t pay the bills? That’s not why I do it.
And so, even though I was past thirty when I really got serious about writing, I did get serious. I’m realizing my dream, one book, one chapter, one sentence, one word at a time. And I’m grateful that I started, even if sometimes I want to beat myself up for starting so late.

This one isn’t as odd as it seems. At 27 years old, I was laid off from my job at a large bank. Due to a variety of circumstances, I spent the next nine months struggling to find work. Yet I count this as one of the most important things that happened to me in my life.
First, it taught me that I could overcome just about anything. By the end, I was running up credit card debt, having blown through all the savings I’d carefully squirreled away, never thinking that the day would come when I’d need it. Yet I came out the other side stronger.
And secondly, it taught me that corporations do not care about me. And I learned it at a very young age. Since starting my career ten years ago, I’ve seen all different demographics of people fired or laid off—retirement age, middle age, with young children at home, just starting their careers. And because I’ve been through it, it no longer shocks me. I’m still appalled and saddened and angered, but I understand that none of those emotions do me any good. I’m as loyal to my job now as I know it is to me—which is to say, we have an understanding.

Yes, I have to mention this. I’m a video gamer. In fact, it’s how I met my husband, in an online world. We played WOW for several years before really getting into raiding, which required quite a time and energy. Although I may never again be able to sustain the level of commitment to a computer screen that it requires, being really, really good at something and admired by “the masses” on our server was exciting while it lasted.

I believe in soul mates, but I also believe that not everyone is destined to find theirs. That my husband and I met on an online game, another one of my loves, is both fitting and ridiculous! I’m grateful that I found him and had the courage to have a relationship with him.

As a result of falling in love and another bunch of extenuating circumstances (I seem to have a lot of those in my life), my husband and I ended up moving to Toronto. Some days, as I trundle off the train and get swept away by the rush hour crowd, I recall that I am a small town girl living in the big city. I think of the excitement of going to Chicago or New York City for the first time, the flutters in my chest at the hustle and bustle, and I think, Boy, you sure were an idiot.
I hate the city. The people. The smells. The busy streets.
But I’m glad I got to live here so that I knew what I was missing out on: not much.
Sorry, city folk.

My husband is Canadian. Although Canada isn’t quite as foreign of a country as, say, North Korea, it still has its differences from the Midwest. Everyone is friendlier (except in the aforementioned Toronto commute). Everyone is more accepting. Everyone is more laid back and less concerned with everyone else’s business. Whether it’s the country, the tapestry of different religions and beliefs, or the Greater Toronto Area itself, I don’t know. But I do know I like the culture here, and I’m glad I have been able to experience it.

This is actually the one thing that sparked the idea for this list. I loved going to Africa, and I would love to go back someday with my husband and future children. But even if I never do, the beauty, majesty, simplicity, and ruggedness of that continent will forever stay with me. It’s something that I think should be on every person’s bucket list. It was the only place that changed me by simply being.

Technically, I haven’t had a baby yet. But sometime on or around September 3, I will become a mother.
I have a confession: I’m not a baby person. I babysat for the money, not for the love of children. And at four months pregnant, upon holding my friend’s newborn in my arms, I thought perhaps the “ugh, what am I supposed to do with this thing?” feeling would be washed away by the pregnancy hormones. It was not.
But, as they always used to tell me, when it’s your baby, it’s different. Let me just make this clear, though: I don’t like pregnancy, the constant need to pee, the ravenous hunger that strikes with no regard to the clock, the aches and pains and weird stuff that you don’t even want to know about. But when I feel my baby roll inside me or kick a painfully sensitive spot (good golly, I wish he/she would stop doing that), some sort of oxytocin-fueled starry-eyed-ness goes off inside me. And I’m glad. This will be an amazing ride, I just know it. And they’re right. When it’s my baby, it’s different.
What about you? Are there one, two, three things you’re happy, gratified, excited, or glad to have experienced?