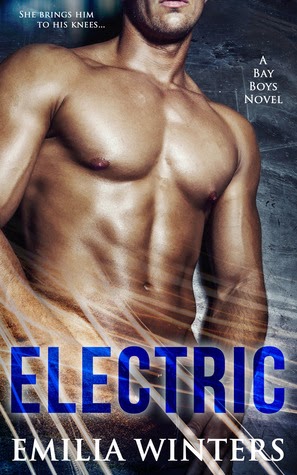 He made her feel electric. Like volts of energy fizzled through her veins, racing, constantly stimulating. It was intoxicating and thrilling. And for the first time in her life, she felt truly alive.
Luke Branford.

When prim and efficient Kate Kennedy is hired on as Luke’s temporary assistant, her no-nonsense attitude and blatant dismissal of his advances sparks a challenge he simply can’t resist. But Luke has demons of his own and a tragedy that happened years ago continues to haunt him. Once lines are crossed and rules are broken, will past secrets keep them apart…or bind them closer together?

Note: Intended for mature audiences over 18+. This is a STANDALONE novel and can be read on its own even though it’s part of a series. No cliffhanger!

Excerpt
Oh. My. God.
Kate watched, enthralled, as Luke controlled each rep with precision, even as his brow furrowed in pain and concentration. He was working out his arms…and his biceps bulged deliciously from the overexertion. Sweat gleamed off his tan skin, making his arms seem even more defined than they already were.
Kate had known the man was in shape. It was hard to ignore, especially when the jeans he wore to work showcased his thick, muscular thighs, and his shirts, while loose, highlighted his broad chest and flat abdomen. But seeing him put in the work…it was a whole different experience.
Warmth spread in her lower belly and Kate struggled to regulate her breath. Just watching his strong, powerful body was arousing. Her sex gave a throb of agreement between her thighs.
Leave! Turn away and go get breakfast, her mind screamed. But her feet remained rooted in place. Eating food was the last thing on her mind right now.
Luke finished his reps and set the free weights back into their holsters against the wall. He tugged up his shirt to wipe the sweat off his face and Kate just about fell over.
This man is a god, a descendent of Adonis himself.
His abdomen was chiseled and taut. Kate’s mouth went dry when she spied a trail of golden, crisp hairs leading into the waistband of his workout shorts. Fantasies of raking her nails through that trail bombarded her mind and she swayed on her feet in response.
And then electric blue eyes found her own.
Busted! 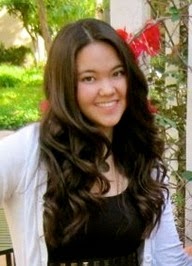 Emilia Winters has been reading and writing stories since childhood. She discovered her passion for writing romance early on and never looked back. After graduating from the University of California, Irvine with a B.A. in English, she happily pursued her dream of becoming a self-published author. When she's not dreaming up sizzling moments between her characters, she's either watching old reruns of The Golden Girls or drinking tea. She currently lives in California, secretly hoping for rain as she soaks up the sun.
Author links
Website | Facebook | Twitter | Goodreads