The tawdry tale of the Duke and Duchess of Dunwoody continues…


Maggie Armstrong, the long-lost illegitimate daughter of the heir
presumptive to the throne, is bedeviled by her husband's limited
definition of fidelity. After observing him in a ménage à trois at the
court of King Charles II, she is determined to bring him around to her
way of thinking—by any means necessary.

Robert doesn’t mind being punished for his transgressions. Rather,
he enjoys being whipped, especially by his beloved bride. Unfortunately,
her heart might not belong to him alone. His younger brother, who he’d
sent abroad to clear the way for himself, is coming home sooner than
expected, and Maggie’s feelings for Hugh may not be as dead as her
husband had hoped.

Both duke and duchess soon learn, to their peril, Hugh Armstrong is
not the honorable man they’d been led to believe. Insanely jealous of
his brother’s situation, Hugh will stop at nothing to strip Robert of
all he holds dear—including his life.

But the real danger for Robert and Maggie is not the villainous
Marquess, but the growing friction betwixt Catholics and Protestants in
Restoration Era Great Britain.

Can their love survive the trials that await them?

Here's the link to the Rafflecopter giveaway

Here's a little about the author:

Nina Mason is a hopeful romantic with strong affinities for history,
mythology, and the metaphysical. She strives to write the same kind of
books she loves to read: those that entertain, edify, educate, and
enlighten.

Here where you can find Nina on social media: 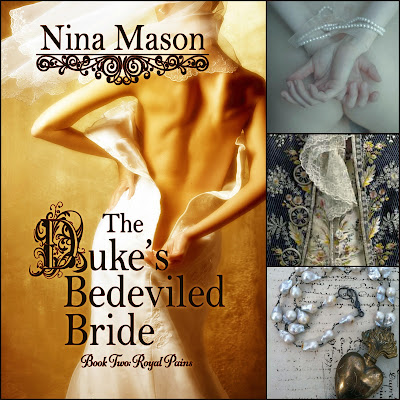 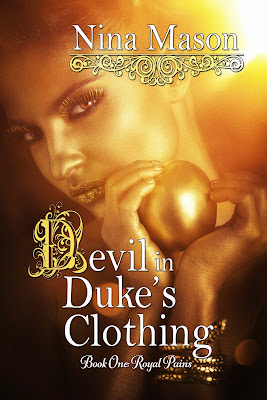 Haven't read book one yet?
Buy it now!