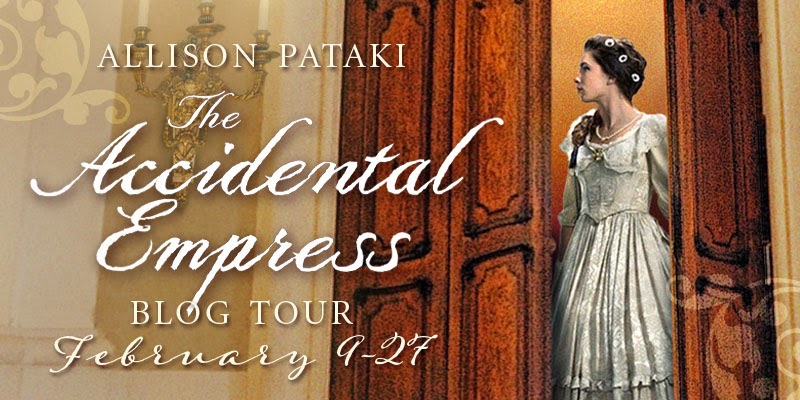 Hey all, welcome to our stop on The Accidental Empress blog tour. Today we have an exclusive excerpt to share with ya'll, we also have an awesome giveaway to enter.  ^_^


Make sure to follow the tour for more exciting interviews, excerpts and Guest posts. 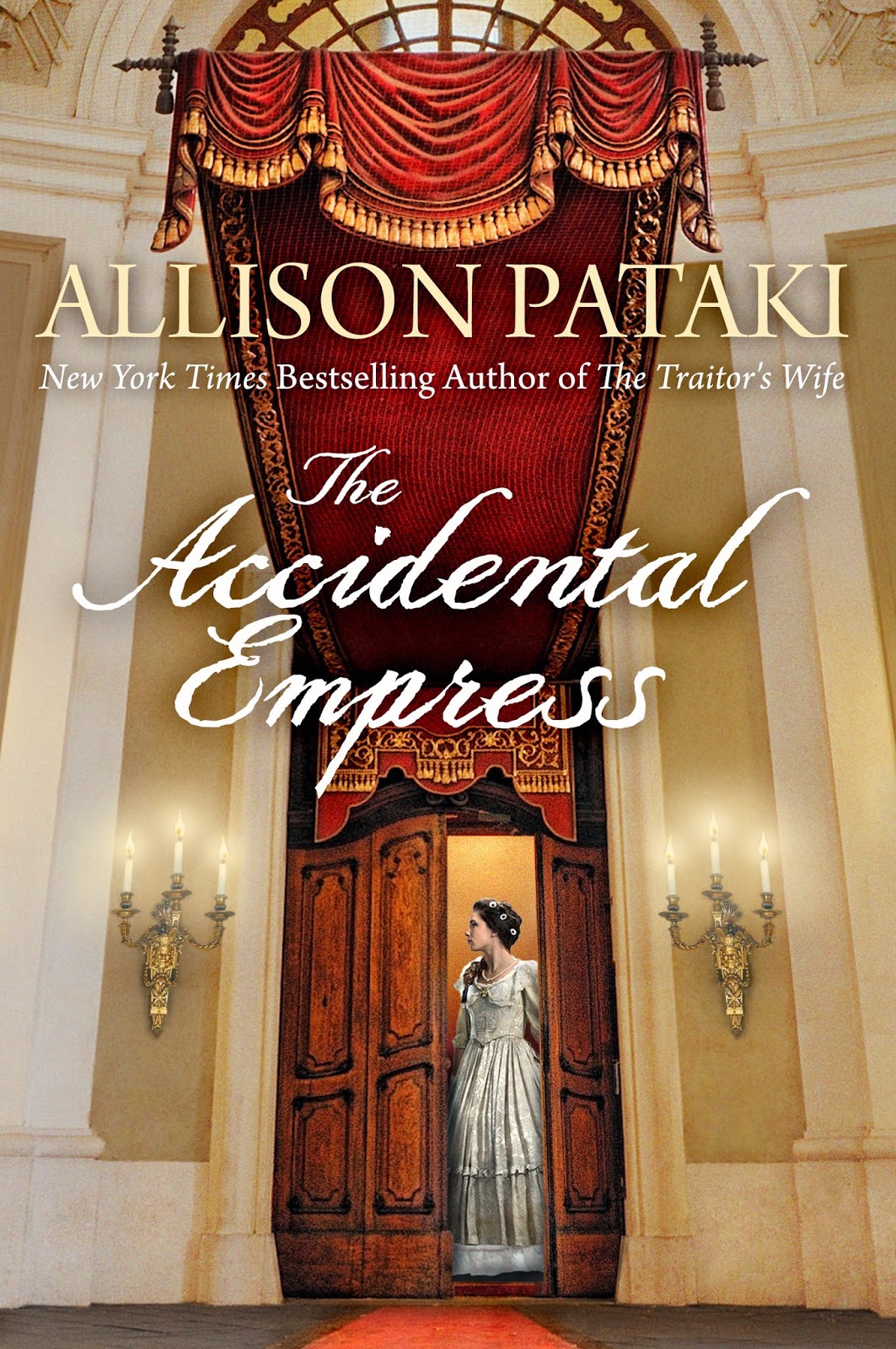 New York Times bestselling author Allison Pataki follows up on her critically-acclaimed debut novel, The Traitor’s Wife, with the little-known and tumultuous love story of “Sisi,” the Austro-Hungarian Empress and captivating wife of Emperor Franz Joseph.
The year is 1853, and the Habsburgs are Europe’s most powerful ruling family. With his empire stretching from Austria to Russia, from Germany to Italy, Emperor Franz Joseph is young, rich, and ready to marry.
Fifteen-year-old Elisabeth, “Sisi,” Duchess of Bavaria, travels to the Habsburg court with her older sister, who is betrothed to the young emperor. But shortly after her arrival at court, Sisi finds herself in an unexpected dilemma: she has inadvertently fallen for and won the heart of her sister’s groom. Intrigued by Sisi’s guileless charm and energetic spirit, not to mention her unrivaled beauty, Franz Joseph reneges on his earlier proposal and declares his intention to marry Sisi instead.
Plucked from obscurity and thrust onto the throne of Europe’s most treacherous imperial court, Sisi has no idea what struggles and dangers—and temptations—await her. Sisi upsets political and familial loyalties in her quest to win, and keep, the love of her emperor, her people, and of the world.
With Pataki’s rich period detail and cast of complex, compelling characters, The Accidental Empress offers a captivating glimpse into the bedrooms and staterooms of one of history’s most intriguing royal families, shedding new light on the glittering Habsburg Empire and its most mesmerizing, most beloved “Fairy Queen.”


Chapter 6
Possenhofen Castle, Bavaria
September 1853
Sisi had never imagined it possible to awake one day and look upon a life so entirely foreign. Unknown. As if, now that she was engaged to Franz, the first fifteen years of her existence had been nothing more than a dream. A memory belonging to another girl.
When Sisi returned that autumn from Bad Ischl to Possenhofen, it was to an unfamiliar way of life; her days were no longer her own. The fall, her favorite time of year for getting lost in the woods atop her horse, was not hers to enjoy. “There isn’t enough time!” became her mother’s daily, frantic refrain.
The imperial tutors descended on Possi first, with their heavy books, their impeccably glossy spectacles, and their stern, mustached lips. They were with Sisi from the moment she awoke until long after supper. Her Italian was deplorable, her Hungarian was nonexistent, and her French had to improve—on that score, everyone seemed to agree. Even her grasp of German, her native tongue, presented concerns; she needed to know not only how to speak, but how to converse. Additionally, Sisi needed to become an expert, in a matter of months, on the topics of Austrian history, the Habsburg family, and life at court. On this last topic there existed voluminous pages of protocol to be learned, never-ending lists of attendants and courtiers with whom to become familiar, and scrolls on all of her various new homes, territories, and responsibilities.
Franz Joseph had been schooled and groomed for his role since his first days in the nursery; he had known no other companionship than that of royal relatives, fashionable courtiers, and attentive tutors. For Sisi, fifteen years of a relaxed, provincial upbringing now had to be unlearned and remedied in just a matter of months. Nobody around her seemed to believe it possible.
Sisi’s dancing skills, as Sophie had told her, were also glaringly insufficient. Vienna had given the world the waltz; now, Sisi would be expected to take her place at the fore of the imperial ballrooms opposite the emperor, a famously good dancer, and she must not embarrass the Habsburgs. So, rather than tiring her legs out on the lengthy rides and hikes through the Bavarian mountains that she had always relished, Sisi wore her feet raw that autumn with countless hours of practicing waltzes, polkas, and quadrilles. She heard violins keeping three-quarter time in her dreams.
Even her body no longer seemed to be her own; she was poked and prodded and measured as she had never before been. Dentists were sent from Vienna to pull on and straighten the young bride’s teeth, and to apply a paste that her Aunt Sophie hoped would render them an appropriately pristine shade of white. Milliners and tailors and shoemakers and seamstresses from throughout Bavaria descended on Possenhofen, stitching and sewing from sunrise to sunset. None of the snappish, harried craftspeople believed it possible to complete the imperial trousseau by the time of the bride’s departure for Vienna. Urgent word went out to all the neighboring nunneries throughout Bavaria: the cloistered sisters must help their young duchess prepare a wardrobe worthy of an emperor’s wife. They must pray for Sisi, yes, but even more importantly, they must stitch for Sisi. Even God, it seemed, was enlisted to help this ill-prepared girl.
When Sisi wasn’t learning history, or practicing the art of speaking, or dancing, or nursing an aching tooth, she was sitting. She sat for countless hours as the imperial artists sketched and studied and recreated her likeness. The people were ravenous for a glimpse of the girl who had enchanted their emperor: a girl whose beauty was already being heralded by those who had been fortunate enough to meet this unknown enchantress in Bad Ischl. Her face, the imperial artists told Sisi, would be the most recognized face in all of Vienna before she herself ever set foot in the capital.
All that fall and winter, the presents came. At first it had excited Sisi immensely. She had loved reaching into the velvet pouch and retrieving a small portrait of her groom. She had gasped in surprise and delight at the diamond bracelet that had accompanied it, so that she might wear Franz Joseph’s likeness around her wrist at all times. He was doing the same with her miniature portrait, her smitten groom wrote her.
Sometimes, while opening these new packages, sharing their contents with her excited mother and her quiet older sister, Sisi would catch a glimpse of something difficult to decipher on Helene’s face. Was it a look of envy? A look of longing? Noting the strange tug on Néné’s features, the quick way in which her sister found a reason to leave the room, Sisi decided that perhaps she had better not be quite so rapturous in her joy while her sister was present. 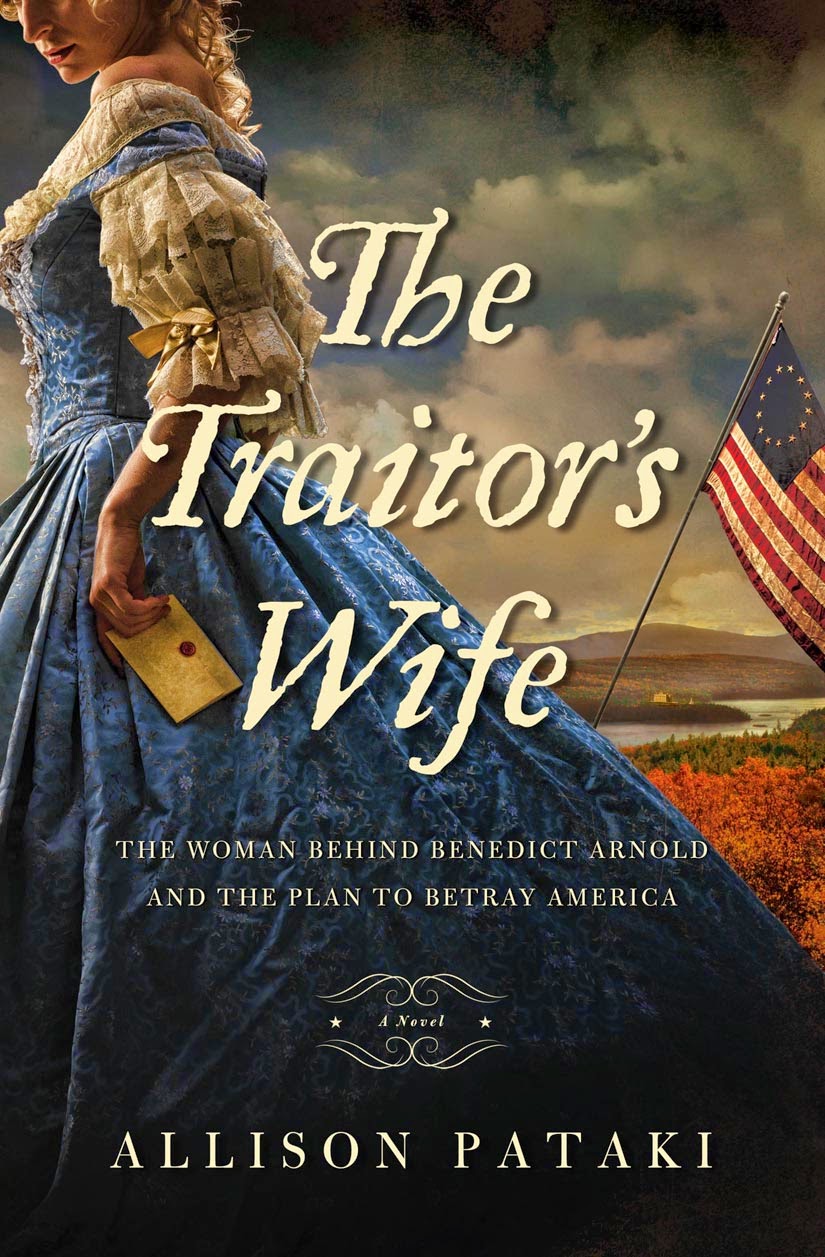 A riveting historical novel about Peggy Shippen Arnold, the cunning wife of Benedict Arnold and mastermind behind America's most infamous act of treason . . .
Everyone knows Benedict Arnold--the Revolutionary War general who betrayed America and fled to the British--as history's most notorious turncoat. Many know Arnold's co-conspirator, Major John Andre, who was apprehended with Arnold's documents in his boots and hanged at the orders of General George Washington. But few know of the integral third character in the plot: a charming young woman who not only contributed to the betrayal but orchestrated it.

Socialite Peggy Shippen is half Benedict Arnold's age when she seduces the war hero during his stint as military commander of Philadelphia. Blinded by his young bride's beauty and wit, Arnold does not realize that she harbors a secret: loyalty to the British. Nor does he know that she hides a past romance with the handsome British spy John Andre. Peggy watches as her husband, crippled from battle wounds and in debt from years of service to the colonies, grows ever more disillusioned with his hero, Washington, and the American cause. Together with her former love and her disaffected husband, Peggy hatches the plot to deliver West Point to the British and, in exchange, win fame and fortune for herself and Arnold.

Told from the perspective of Peggy's maid, whose faith in the new nation inspires her to intervene in her mistress's affairs even when it could cost her everything, The Traitor's Wife brings these infamous figures to life, illuminating the sordid details and the love triangle that nearly destroyed the American fight for freedom." 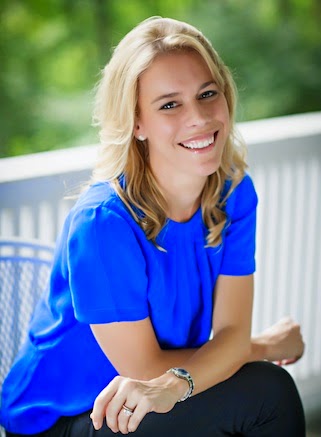 Allison Pataki is the author of the New York Times bestselling historical novel, The Traitor's Wife. She graduated Cum Laude from Yale University with a major in English and spent several years writing for TV and online news outlets. The daughter of former New York State Governor George E. Pataki, Allison was inspired to write her second novel, The Accidental Empress, by her family’s deep roots in the former Habsburg empire of Austria-Hungary. Allison is the co-founder of the nonprofit organization, ReConnect Hungary. Allison is a regular contributor to The Huffington Post and FoxNews.com, as well as a member of The Historical Novel Society. Allison lives in Chicago with her husband. To learn more and connect with Allison visit www.AllisonPataki.com or on Twitter.
About Allison Pataki

Thanks for stopping by... HAPPY READING!!!