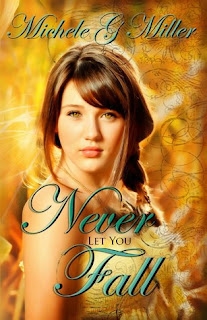 Orphaned at 7, with no memory of her past or the family she lost, 17 year old Skye Martin is tired of being alone and afraid. After a hard night of partying, Skye wakes up alone in an unfamiliar hotel. All she can remember is the deep voice of her rescuer and his promise: “I am safe.”Xander has been tasked with watching Skye from afar for the past two years, in order to keep her safe from the demons that hunt her. An easy job - until a pair of red glowing eyes reveal themselves to Skye, and Xander, in a moment of weakness, is forced to break his cover to protect her.Never good at trusting people, Skye is inexplicably drawn to Xander and the immediate bond she feels for him. However, Xander is filled with secrets and ties to her past that threaten to thrust Skye into a world she could never imagine existed…As she begins to unravel the truth about who Xander is and the details surrounding her family, she discovers that she might just be the key to saving everything... And, most importantly, she finds that there has always been someone by her side who would never let her fall…
ADD ON GOODREADS
Buy Links

Amazon US | Amazon UK | Barnes & Noble
﻿
About the author 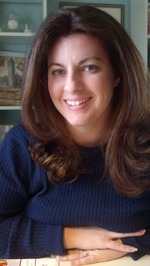 Having grown up in both the cold, quiet town of Topsham, Maine and the steamy, southern hospitality of Mobile, Alabama, Michele is something of a enigma. She is an avid Yankees fan, loves New England, being outdoors and misses snow. However she thinks southern boys are hotter, Alabama football is the only REAL football out there and sweet tea is the best thing this side of heaven and her children’s laughter!

Her family, a doting husband and three awesome minions, have planted their roots in the middle of Michele’s two childhood homes in Charlotte, North Carolina.
Never Let You Fall is Michele’s first novel and she is beyond thrilled to have finally followed up on a dream she has held for over 20 years! God willing there will be many many more books to follow.

Excerpt
Rioden bowed his head my way and told us to hurry up as he stepped out of the hotel room. Xander came up from behind me and smiled his beautiful smile of encouragement at me.
“You okay?”
“Um, yeah, I think so. I mean, that’s a lot of information to put on a girl, you know?” I teased halfheartedly.
He reached his hand up to my face and touched my cheek briefly, before pushing a strand of hair out of my eyes and gently tucking it behind my ear.
“You’re not a girl - you’re a Princess, remember? You are so much stronger than you know. You’ll see.”
Stepping back, he opened the door for me and his eyes twinkled as he added, “Come on Princess, let’s go eat.”
I started to walk by him stoically, like he hadn’t said anything, and then my fist darted out and knocked him in the gut as I continued on out the door. Grasping his stomach as he shut the door behind me he groaned, “See? I said you were stronger than you knew!”
Giveaway