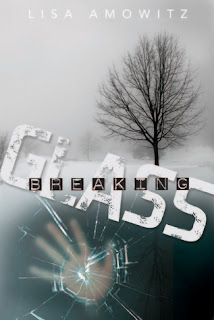 On the night seventeen-year-old Jeremy Glass winds up in the hospital with a broken leg and a blood alcohol level well above the legal limit, his secret crush, Susannah, disappears. When he begins receiving messages from her from beyond the grave, he’s not sure whether they’re real or if he’s losing his grip on reality. Clue by clue, he gets closer to unraveling the mystery, and soon realizes he must discover the truth or become the next victim himself.
Add Breaking Glass to Goodreads 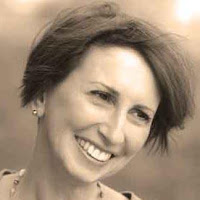 ﻿
Lisa Amowitz was born in Queens and raised in the wilds of Long Island, New York where she climbed trees, thought small creatures lived under rocks and studied ant hills. And drew. A lot.
When she hit her teens, she realized that Long Island was too small for her and she needed to escape. So she went to college in Pittsburgh. Go figure.
On leaving college, Lisa became a graphic designer living in New York City. She eventually married her husband of a zillion years, had two lovely children, and was swept away to a fairy tale life in the Bronx, where, unbelievably there are more trees and wilderness than her hometown. She can see the Hudson River from her kitchen window.
Lisa has been a professor of Graphic Design at her beloved Bronx Community College where she has been tormenting and cajoling students for nearly seventeen years. She started writing eight years ago because she wanted something to illustrate, but somehow, instead ended up writing YA. Probably because her mind is too dark and twisted for small children.
BREAKING GLASS which will be released in July, 2013 from Spencer Hill Press, is her first published work. VISION, the first of the Finder series will be released in 2014, along with an unnamed sequel in the following year. LIFE AND BETH will also be released in the near future, along with graphic novel style art.


Find Lisa on Facebook | Follow Lisa on Twitter
Giveaway
(1) custom pendant like the one pictured on the book cover
(2) signed ARCS
(1) original work of Breaking Glass related art created and signed by the author.

SHARDS is FREE to download, it's an illustrated preview of BREAKING GLASS. 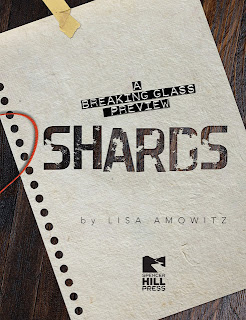