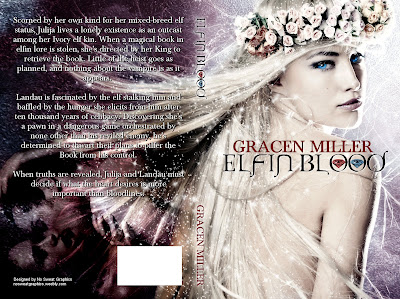 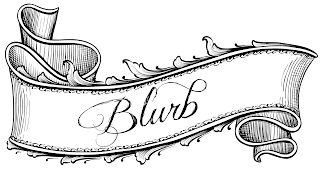 Scorned by her own kind for her mixed-breed elf status, Julija lives a lonely existence as an outcast among her Ivory elf kin. When a magical book in elfin lore is stolen, she’s directed by her King to retrieve the book. Little of the heist goes as planned, and nothing about the vampire is as it appears.

Landau is fascinated by the elf stalking him and baffled by the hunger she elicits from him after ten thousand years of celibacy. Discovering she’s a pawn in a dangerous game orchestrated by none other than his reviled enemy, he’s determined to thwart their plans to pilfer the Book from his control.

When truths are revealed, Julija and Landau must decide if what the heart desires is more important than bloodlines. 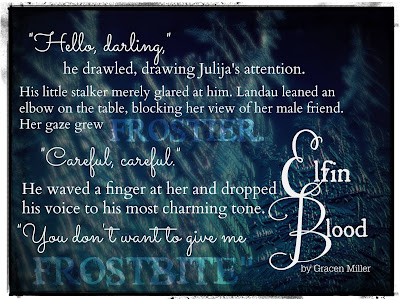 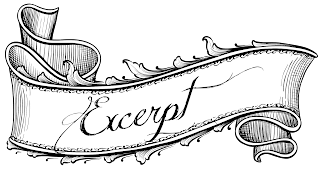 “Hello, darling,” Landau drawled, drawing Julija’s attention.
His little stalker merely glared at him. Landau leaned an elbow on the table, blocking her view of her male friend. Her gaze grew frostier.
“Careful, careful.” He waved a finger at her and dropped his voice to his most charming tone. “You don’t want to give me frostbite.”
She looked at her companion, and Landau thought he saw irony in her eyes. He smiled before canting his head around to take stock of her friend. The man stared straight at him with a tight, knowing smile.
Landau stumbled back a step. Realizing he’d reacted, he planted his feet and cooled his rising temper. “To what do I owe the honor of the Ivory King’s presence in my city?”
“Ivory what?” Julija echoed in feigned disbelief, but the slight widening of her eyes suggested he’d shocked her with his knowledge.
“Save it, love,” he said with a killing glance, mocking her lie. “And why are you stalking me?”
“Oh, do beg off.” She rolled her eyes. “I’m not stalking you.”
“You—”
The highborn elf cut Landau off with, “Your life’s in danger.”
“What?” Landau narrowed his eyes on the royal cretin. “Am I supposed to believe you’re here to protect me?”
The very idea is ludicrous!
The snot inclined his head.
Landau scoffed. “Bulletin! I’m a vampire.”
“Save it, love,” Julija shot back at him.
Landau whipped his head about and raised his eyebrows. Her sarcasm almost jerked a laugh out of him, but he managed to cage it at the last moment. The grin twitching at his lips had no hope of being totally eradicated.
She gave him a tight smile. “Call yourself whatever you like, you’re still a Crimson elf.”
“Yeah.” He flashed his incisors at her for no other purpose than to taunt her. Their races weren’t on friendly terms. She had her Ivory King to thank for that. “That didn’t seem to matter when the rest of you fucking elves decided to eradicate us. Don’t expect me to believe you suddenly care.”
“We allowed your race to survive.” The sardonic comment came from her snotty friend.
“So you have.” Pompous bastard probably thought he could’ve killed Landau. Alberic was a threat to Landau’s children. Landau raked his gaze over the elf-man. “I believe I recall you from another time.”
Before Landau became a vampire at Chaos’ whim, he’d known the Ivory King well, and this elf wasn’t the true blood King.
The elf cocked his head to the side, as if waiting further comment or assessing if Landau would out their former relationship to Julija.
“Do you like what you see?” Landau turned his attention to Julija instead of elaborating, snubbing the royal elf.
Julija sputtered. “I b-beg your… um… pardon?”
“You were studying me.”
“No.” She sniffed and scrunched her nose as if his scent offended her. “I wasn’t.”
The situation amused him, and he called her bluff with a knowing grin. Intrigued, he watched her eyes focus on his fangs a moment before she licked her lips. His cock responded with a twitch. A fascinating reaction since he’d been impotent for ten thousand years. Being aroused by an Ivory elf—an enemy—was damn inconvenient.
“Would you care to dance?” Landau surprised himself with the request.
She flicked a nervous glance in the direction of the man-elf. She swallowed hard and flattened her tone, “I don’t dance.”
“Good.” Landau clamped his fingers around her wrist and yanked her to her feet. She squawked like any human would and stumbled to catch her footing. “I’ll have the pleasure of teaching you the moves I prefer.”
“What part of ‘I don’t dance’ don’t you get, vampire?” Angry, she fairly spat the word vampire. Her eyes gleamed and turned him on as did the fury smoking her voice.
“How about the part where I don’t give a damn?” 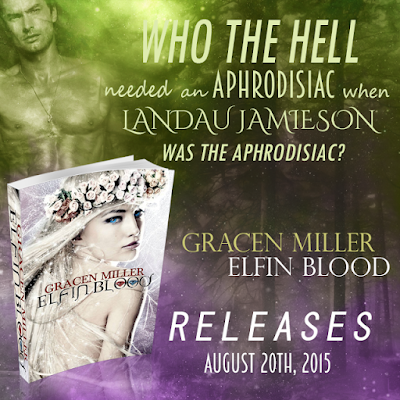 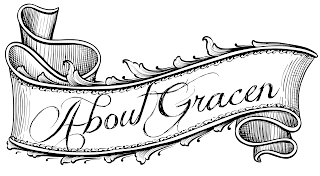 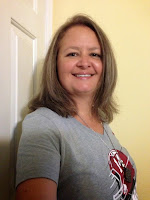 Gracen is a hopeless daydreamer masquerading as a “normal” person in southern society. When not writing, she’s a full-time basketball/lacrosse/guitar mom for her two sons and a devoted wife to her real-life hero-husband of over twenty years. She has an unusual relationship with her muse, Dom, but credits all her creative success to his brilliant mind. She’s addicted to writing, paranormal romance novels and movies, Alabama football, and coffee...addictions are not necessarily in order of priority. She’s convinced coffee is nectar from the gods and when blending coffee and writing together it generates the perfect creative merger. Many of her creative worlds are spawned from coffee highs and Dom’s aggressive demands. Gracen writes is multiple genres—paranormal romance, paranormal erotic romance, and contemporary romance. To learn more about Gracen or to leave her a comment, visit her website at www.gracen-miller.com. 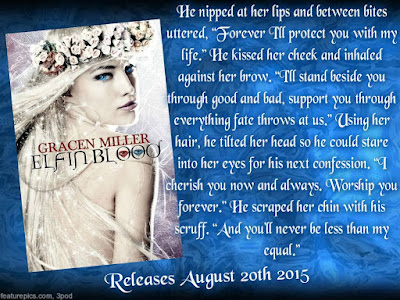 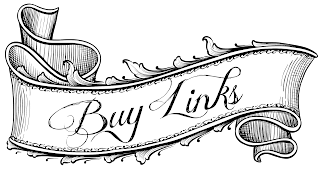 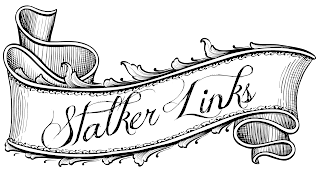 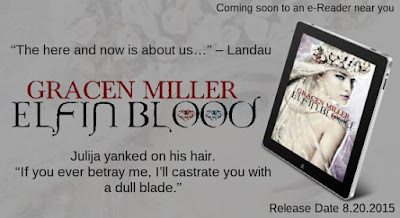