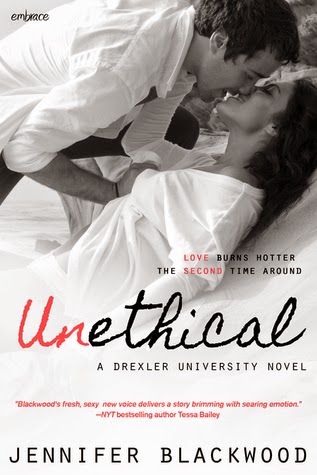 Two years ago, the medical world was shaken by scandal, and Payton Daniels’s family was at the center of it. The second she graduated, Payton left everything behind―her high school sweetheart, her family, and the controversy surrounding her mother’s death—and hid within the anonymity of college. But Payton’s ex, Blake Hiller, hasn’t forgiven her for leaving, and when he enrolls in the same medical ethics class, she panics. She can’t run the risk of him telling everyone who she really is.
As if being at the same university isn’t enough, both Blake and Payton land the same internship. Forced together, their passion for each other reignites, but when Payton is asked to testify in her father’s high-profile trial, she must choose between risking her acceptance into medical school to help her father, and losing every connection to her past—including the only guy she’s ever loved.


Payton
My pillow was wet and stuck to my face. I inhaled, and my nose wrinkled as the stench of beer, Kool-Aid, and—French fries?—stung my nostrils.
“Morning, sunshine.” Jules handed me a red Gatorade and ruffled my hair. She was eating curly fries and swiveled from side to side in my computer chair, the motion making me seasick. She shoved a fry in my mouth. “It’s good for your hangover. Eat up.”
I peeled my cheek off the fabric, chewed the fry, and sat up. Immediately, I laid back down and pulled the covers over my head, the material cold and damp against my skin. What the hell? With a dull ache in my hip and my head throbbing like it was having its own techno rave, it made it impossible to recount the events of the frat party. Crap. What did I do?
“This is embarrassing, but what happened last night?” I pushed my comforter off and took a swig of Gatorade to dilute the stale alcohol taste in my mouth. I didn’t remember anything after seeing Blake at the party.
Crap, Blake. What if he blew my cover?
“Let’s see. You got insanely drunk and were carried home by a total hottie.”
Oh, good. Andrew took me home. The night couldn’t have been that bad if he was there to take care of me.
“What’d you think of Andrew? So sweet, right?”
She raised her brow and stared at me like I’d lost my mind. “I’m talking about that guy with the cross tattoo on his smokin’ bicep.”
Shit. “Blake?” I squeaked and buried my head into my palms, pressing so hard my headache was momentarily overridden by the black spots swarming across my eyelids.
She grabbed another curly fry and plopped it into her mouth. “Yeah, that’s it. Nice guy. I’m not religious, but he can make me praise God any day of the week.”
I frowned at the thought of Jules with Blake. He wasn’t religious, but his mom was a devout Roman Catholic. Never missed a Mass in her life. He got that tattoo after his mom died when he was sixteen—I would know; I went with him. Somehow, he talked the guy into tattooing him, even though, technically, people had to be eighteen in California to get ink. But that was Blake; he could talk someone into doing just about anything.
Shifting to get out of bed, I cringed as the fabric of my boxers pulled on my skin. I looked down to see a reddish-brown stain on the side of my shorts. Blood.
“Why the hell am I bleeding?” The hairs on the back of my neck stood on end as I waited for her response.
Jules’s smile turned into a Cheshire cat grin. Oh great.
“You insisted on swinging around the light pole like a stripper and fell on your ass. You even referred to yourself as ‘Wanda.’” She threw her head back and cackled.
Oh. My. God.
Could I seriously climb any higher on the embarrassment scale? Doubtful.
“Blake was really sweet and carried you up to the room and tucked you in. He got you a glass of water and everything.” I spotted the cup in the corner of my bed, which explained the wet comforter and pillow mystery.
“You kept saying how sorry you were. I don’t know what you had to be sorry about. I mean, we just met the guy, but I told him that you’d make it up to him by helping him out in medical ethics.”
He had class with me? How had I not seen him in class on Friday? There were only forty students since it was an upper-level class.
I groaned and took another sip of Gatorade. “Oh, goody.”
This was bad. So bad. Blake would want an explanation for going off the grid. I owed him one, but I couldn’t even explain if I tried. Then again, he also had some explaining to do.
How was I going to face him? Or Andrew? 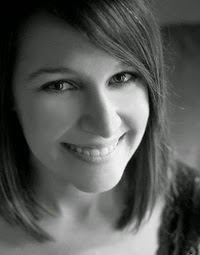