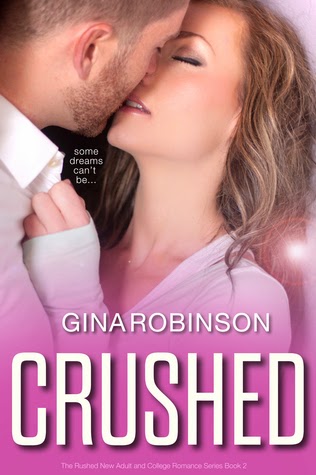 Some loves can’t be… Crushed
Morgan
Have you ever done something stupid? Like get drunk and hookup with a guy because your heart was broken by someone else? Like his best friend. And then done something really dumb, like fall in love with your hookup? Hookups aren’t stick-around guys. I’m hoping Dakota will be different. But hoping has gotten me in trouble before.
Dakota
The absolute last girl I want to see in my court-ordered alcohol and drug information school, the girl who landed me here in the first place, walks in. After we hooked up, I thought I’d gotten Morgan out of my system. So why is my pulse racing? I can’t afford to screw up right now. I know I should avoid her. Morgan has a way of messing up my life. But she’s the only one who understands.

Dakota
I got to school early, registered, paid my fee, and took a seat in the back of the class. My dad had chewed my ass off when I told him about the fine. He lectured me for half an hour on my stupidity. It had cost him real money. Dad hated paying for shit that could have been avoided.
My buddies at the frat were preparing for a night of first-class partying. Most of them hoping to get laid. And I was in school to learn all about the dangers of drinking. It was a joke. Until she walked in.
My pulse raced. My palms sweated. My dick went involuntarily hard. An absolutely stunning girl stood silhouetted in the doorway—blond, slim but with the kind of figure I found sexy as hell. Fresh-faced, no makeup. Her cheeks pink from the cold. Her eyes warm and bright with exercise and expectation. Her hair curled into the faux fur that rimmed the hood of her coat. She wore flat boots and yoga pants that left just enough to my imagination.
She hesitated at the door, like she was uncertain and nervous. My hero instincts kicked in. I liked her sweet vulnerability. Just as I was about to get out of my chair and play gentleman, introduce myself and see where things led, I stopped cold, recognizing her with a start.
Morgan Peterson? Without makeup. Shit.
You'd think my dick would have gone soft at the sight of her. The damn thing didn't. My pulse involuntarily sped up. What was it about Morgan Peterson that turned me on even when I was furious with her?
AUTHOR BIO 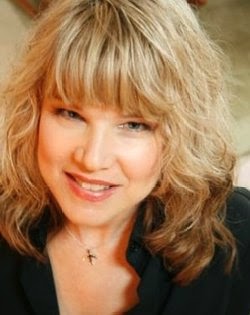 Gina Robinson is the award-winning author of the contemporary new adult romances Reckless Longing, Reckless Secrets, and Reckless Together, and the Agent Ex series of humorous romantic suspense novels. Rushed, the first book in her new college-set new adult series will be released on July 3, 2014. She's currently working on Crushed, the second book of this series featuring a surprising couple from Rushed. Look for Crushed in early fall 2014.
Author links
Twitter | Website | Facebook | Goodreads