Here are some amazing Cover reveals for upcoming releases from Covet (Entangled Publishing), and here they all are...
Gone With The Wolf
by Kristin Miller 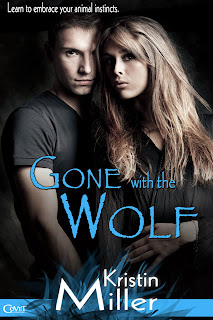 CEO and alpha werewolf Drake Wilder has given up the search for his one true love. When he discovers that she’s a secretary in his company, Drake’s primal instincts kick into overdrive.

Free-spirited bartender Emelia Hudson wants nothing more than to make her Seattle-based bar succeed. But when profits decline, she slips into a dress suit and secures a nine-to-five. After learning that her bar has become property of Wilder Financial, Emelia is determined to get some answers.

Two can play the ruthless business game. If only her attraction to the boss wasn’t so intense…

When Drake’s twin brother senses that Drake has found his match—and now inherits their father’s billion dollar estate—he hatches a plan to take Emelia out. Drake vows to protect her at all costs, but he might have to pay with his own life.

The Awakening: Aidan
by Abby Niles 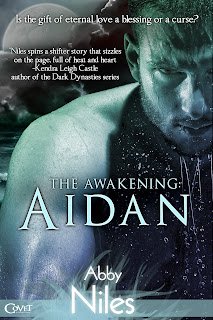 Is the gift of eternal love a blessing or a curse?

After years of counseling grieving shifters, psychiatrist and half-shifter, Dr. Jaylin Avgar has become jaded on shifter mating. She wants to marry a human and forget about the love for eternity crap. Then she meets Aidan O’Connell, an infuriatingly laid back shifter who represents everything she doesn’t want. Yet, the more he pursues her, the more she craves a future with him. Only one thing stands in her way: death. Can she overcome her fear of losing Aidan to the one guarantee in life?

Millionaire consultant, Aidan O’Connell knows he’ll one day meet a woman who’ll awaken an unrelenting mating instinct. Unfortunately, that woman is Jaylin, who has no qualms about telling him that he and his so-called eternity can shove it. When she pushes him away, he takes a drastic step so she can no longer escape. The close proximity throws the instinct into overdrive. Can he control the need engrained in him until he’s certain she will reciprocate the bond, or will a moment of weakness doom him to hell on earth? 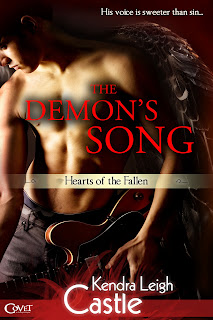 The road to Hell is paved with good intentions. At least, that's how it seems to Sofia Rivera when her attempt to help a friend ends in a blood-soaked confrontation with creatures that aren't even supposed to exist. With a group of rogue vampires determined not to leave a single witness to their violence hot on her heels, Sofia finds herself saddled with an immortal bodyguard—Phenex, the fallen Angel of Song.
While the vampire king roots out the corruption threatening to take down his underworld kingdom, Sofia will have to deal with a fallen angel whose dark beauty is often at odds with his ornery nature. Slowly, Sofia and Phenex give in to the strange attraction neither can deny. And as the darkness closes in around them, Phenex begins to wonder whether even the wickedest Fallen might find his own happy ending...and his heart.
Tall, Dark, and Devine
by Jenna Bennett


Being the Greek god of love doesn’t mean you believe--or want--anything to do with that sappy emotion. Sure, Eros runs his matchmaking business, Made in Heaven, but finding his own love has never been part of the equation. When he spots the sweet baker who works across the street, he vows to match her with someone else before she stirs his sullen heart.

Annie Landon has given up on finding Mr. Right. What she needs is Mr. Right Here, Right Now, and this so-called “Greek God” she’s heard is on the rebound sounds like the perfect kind of distraction. But picking up the bitter workaholic is easier said than done…especially when he seems unreasonably determined to match her with someone else.

Can a woman looking for love—and the matchmaking god who wants her to find it with someone who isn’t him—have a shot at a happy ending? May the best god—or mortal—win.
Deceiving The Witch Next Door
by Melissa Bourbon Ramirez 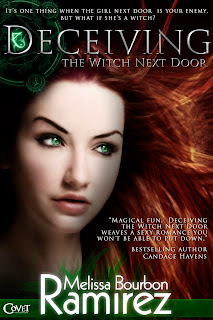 Down-on-her-luck witch Storie Bell never thought the biggest threat to her future would be Reid Malone, the very man she’d run from years before. After striking it rich in Texas shale, he’s back in town, and he seems hell-bent on getting in the way of her bookstore’s grand opening. A witch trying to blend in in a small southern town is hard enough, but now he’s seriously testing her strict No Kissing Mortal Men policy. But even witches don’t have a spell for that.

Reid knows there’s much more to Storie than meets the eye. But right now he has only one mission: to infiltrate her shop so he can snatch the elusive secret ingredient to his father’s million-dollar moonshine recipe. Once he does, he can go back to the city and get out of his small hometown, a place in which he has no future.

But as the days go by, he can’t help falling for Storie in every way…and every encounter brings him closer to finding out what happens when you try to deceive a witch.
﻿
**********
If there’s one thing we know about paranormal romance at Entangled, it’s that it breaks rules. All kinds of rules. And that’s where the Covet imprint comes in. Covets are firmly grounded in the contemporary world, but each novel brings in supernatural twists, breaking the contemporary and paranormal rules alike.

Covets have all the sexiness, emotion, and happily ever after that readers have come to expect and love from Entangled. With our launch this month, we’re bringing five titles to the forefront of this rule-breaking imprint. Greek gods, witches, demons, shifters, vampires … there’s something for everyone.

To find out more about our launch titles, chat with authors, participate in special events, and to find out what books you’ll be coveting next, visit the Entangled website(entangledpublishing.com [1]), follow us on Twitter (@CovetBooks), and LIKE our Facebook page. We have lots of exciting events coming up, and Round Two of our launch in May!
**********
I'll be adding all those books to my tbr pile once Goodreads works properly. I apologies for not having the ADD ON GOODREADS links but goodreads just doesn't want to work for me today.
HAPPY READING!!!