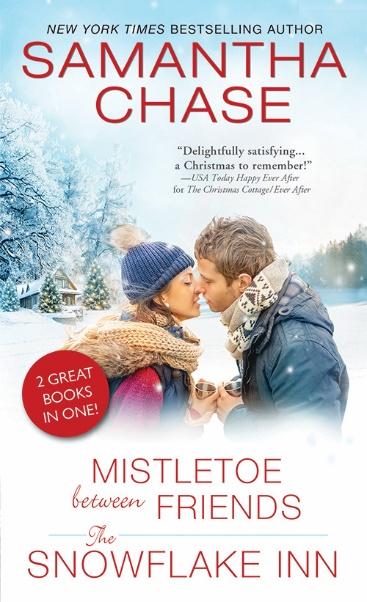 Two gorgeous stories about the most romantic time of the year…

The holidays don’t have to be fraught with tension, as lifelong friends Lily Cavanaugh and Cameron Greene discover in Mistletoe Between Friends when they cook up a scheme to fool their family and friends.

The Snowflake Inn shows rivals Grace Brodie and Riley Walsh that Christmas is a time when dreams come true—even if you’ve given up on those dreams long ago.

Series: Heart of the Jaguar, #5 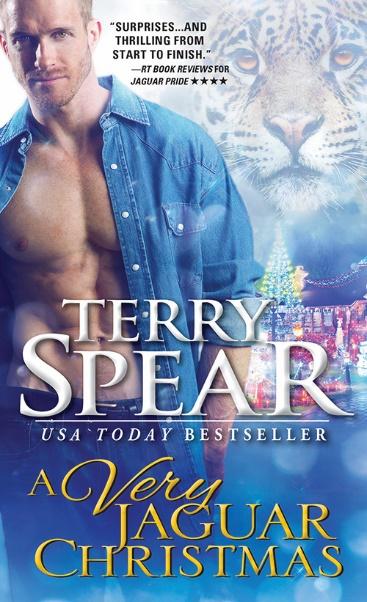 There are all kinds of surprises under the mistletoe!

As a protector of all jaguar-kind, Guardian agent Demetria MacFarlane isn’t surprised to get a call near Christmas—but when she’s sent to protect a cub whose species she didn’t even know existed, her holiday season gets complicated. And it doesn’t help that her partner is a distraction of the hottest kind.

Hotshot JAG agent Everett Anderson can handle dangerous poachers and wildlife traffickers, no problem…but kids? Everett fears he’ll be stuck cub-sitting under the Christmas tree, but working with one sexy Guardian she-cat may be the best present he’s ever gotten. 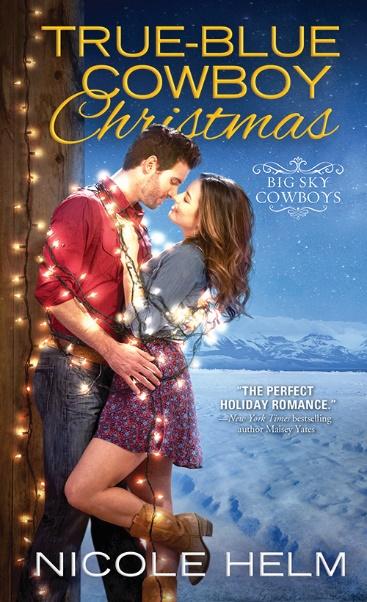 Thack Lane has his hands full. For the past seven years, he’s been struggling to move on from his wife’s tragic death and raise a daughter all by his lonesome. He doesn’t have time for himself, much less a cheerful new neighbor with a smile that can light up the ranch.

With Christmas right around the corner, Summer Shaw is searching for somewhere to belong. When her neighbor’s young daughter takes a shine to her, she is thrilled. But Thack is something else altogether. He’s got walls around his heart that no amount of holiday wishes can scale. Yet as joy comes creeping back to the lonely homestead, Summer and Thack may just find their happily ever after before the last of the Christmas miracles are through…


Which fictional character would you like to get caught underneath the mistletoe with?

How is a girl supposed to pick just one??? Do you have any idea how many yummy fictional characters are out there? How many book boyfriends I have who have no idea about one another?? And it’s a good thing my husband has no idea that this is even a thing!

I read a lot. I write a lot. And there truly are some amazing heroes to choose from. So I’m going to list the variety or my top five choices.


Rafe Mackade – from The Return of Rafe Mackade by Nora Roberts. Oh. My. God. Rafe is the ultimate alpha male who works with his hands. I have a weakness for a sexy man in construction work. He’s bossy and arrogant and just so damn appealing that I would seriously not mind getting caught under the mistletoe with him at the B&B he was building!


Eddie Thomas – from Tempting Love by Melanie Shawn. He’s a single dad and just all-around a good-guy and sexy as hell. And again…construction. I really do have a type! I loved that he wasn’t an alpha male. He put his daughter first and just had this…control. It was very appealing and I will read his story again and again and again.


Ethan Hunter – from Tamed by You by Kate Perry. Ethan "The Predator" Hunter, ex-fighter and all-around hunk is the kind of quiet, alpha male that you just want to…well…tame. He was adorably clueless and even though everyone thought he was kind of scary, he’s really a big teddy bear. Yup, he’d be a great catch under the mistletoe.


Jake McCann – from I Only Have Eyes for You by Bella Andre. Rough. Gruff. Tattoos. And he owns a bar. He’s sexy and not overly confident because of how he grew up and yet…just arrogant enough that it makes you a little swoony. Yeah, I wouldn’t mind going in for a drink at McCann’s and getting caught under the mistletoe with Jake. And his tattoos!


Trevor Blake – from His Every Need by Terri L. Austin. This is another Oh. My. God. Man. I’m seriously fanning myself right now. He’s British. He’s alpha. He does wear a suit (and I can’t even find it in me to hold it against him!) and he is all about control. A very attractive package and you just know that you COULD get caught – very briefly – with him under the mistletoe. But he’d totally make it worth it!

Now, this is like asking me to choose my favorite candy. It’s impossible! It depends on your mood, and your needs, and…there are just too many to choose from! How could I pick just one fictional man?

But I am nothing if not a rule follower, so I went to my handy dandy keeper shelf, and perused the many titles and heroes I’ve swooned over in the course of my almost fifteen-year love affair with romance (I know, I know, I started late).

My very first romance novel was a Nora Roberts book, so it seems fitting that if I had to choose one fictional character to smooch with under the mistletoe, it should be a Roberts hero. Part of me wants to choose Shane McKade because, well, I love a farmer, but one of my absolute favorite heroes is Grayson Thane from BORN IN ICE. A romantic writer, a little moody, a caregiver underneath it all. I bet he could give a girl a good thrill. ;)

In A Very Jaguar Christmas, the only reference to mistletoe is this:

When her boss told her the trouble he was calling about, she immediately believed Ben had gotten an early start on drinking mistletoe martinis in celebration of the holidays.

But their first kiss:


“I enjoyed dinner. I’ll see you tomorrow to work on the case some more. Thanks.” Then she quickly squeezed his hand back, released him, and said good night.

He knew if he let her go and he didn’t kiss her good night, he’d be regretting it forever. Knowing he could get slugged for it, he pulled her close and pressed his lips to her kissable mouth. She was as sweet as he knew she’d be, and he wanted more.

She kissed him back just as sweetly, and that small gesture kindled a slow-burning flame even more. He felt the heat between them, the desire sparking in her dark eyes, the sweet smell of the she-cat and woman teasing him. Before he could do anything more about it, she said good night, and he hoped this was only the beginning.

In A Highland Wolf Christmas, it was a kiss under the Christmas tree knocked over on top of them that made me want to be her!

Everyone was moving boxes out of the way, dragging them or sliding them across the floor. Someone got the dogs under control and hurried them out of the Great Hall, their claws clicking on the floor in their hasty exodus. Ian called on his cell phone for reinforcements from his pack members to help lift the tree.

Guthrie lifted his head, smiling at her with a mischievous glint in his green eyes. In all the commotion and to Calla’s surprise, Guthrie kissed her. His lips were warm and masculine and tasting of wassail. Cinnamon, apple cider, and oranges. She licked his mouth to enjoy more of the taste and he licked hers back, smiling. Then he deepened the kiss.

Oh my god! She hadn’t felt this naughty in forever! The men were going to move the tree soon, and here she and Guthrie would be. Kissing. In front of several members of his pack!

She pushed her arms through the branches, trying to wrap them around his neck. She tangled her tongue with his, his cock hardening against her belly, and she felt deliciously wicked hidden beneath the half-decorated tree.

His hands cupped her face, and he kissed her again. She groaned a little, knowing this had to end soon and she didn’t want it to. She shouldn’t be doing this. Not with him or any other guy right now. But damn if Guthrie didn’t really appeal and it was hard for her to not give into the rashness of it. Her eyes were closed with his body pressed against hers, and the tree on top of that. She was burning up—from his kiss.

“Oooooh, I’m telling. They’re kissing,” one of the little girls said, crouched down, peering through the branches.