They used to be the perfect team.

Two years ago, songstress Sidney Higgins ruined her life by sleeping with not one, but two of the famous Reckless Beat men, Mason Lynch and Sean Taiden. Their night of intimate celebration turned into a worldwide sensation when the video Mason vowed to keep private was uploaded to the internet, destroying her squeaky-clean reputation and turning the world against her. Now she’s broken and left without hope, trying to find the one thing that can get her back on her feet.

A mistake neither one of them is willing to forgive.

When the sex tape went viral and his best friends held him accountable, Mason bore the stigma of asshole with pride. Now, bitterness has destroyed him, driving away his muse and making him worthless in the industry he loves. There’s only one option left to reclaim his creativity, but that would mean collaborating with a woman who wants to castrate him with a plastic knife.

Forced to work together, neither one of them is prepared for the undesired lust which immediately takes hold. The lies fade away, exposing the truth; however, it also awakens a threat from their past. The person responsible for tearing them apart is back to ensure they don’t rekindle a spark. With their safety in the balance, Sidney and Mason need to determine what they’re willing to risk to reclaim a relationship they wish they’d never lost.


WHAT OTHERS ARE SAYING


I absolutely love this series and all The Reckless Beat guys but I think I am in love with Mason Lynch now (sorry Mitchell and Blake). Eden weaves her magic yet again and pulls us into her world. I cannot wait to read more on the rest of the band mates. I give this book 5 stars as it was absolutely amazing!!! MUST READ
~ Tracy


I can't get enough of this series!!! Way to go Eden!!!! This is the Story of Sidney and Mason. The story is so beautifully written that it's almost as I can feel what they feel as they go through the book. It's an amazing feeling to be able to connect with a book. I think this one is my favorite one and that's saying a lot, because I have loved all the other ones! If you haven't read this series you don't know what you are missing!!!

Undesired Lust is a story about the downfalls of letting your pride take over. This is a second chance love story, and it teaches us that no matter how much time has passed, and no matter what horrible things you let come between you both, LOVE and ADORATION will help you overcome ANYTHING...that AND some pretty intense, scorching hot sex.

Eden Summers is my go to author when I want a rock star romance that fits my needs as a reader. She hooked me with Blind Attraction, reeled me in with Passionate Addiction, made me laugh out loud with Reckless Weekend and completely sunk me with Undesired Lust even though I was biting my nails with anticipation and worry."


GIVEAWAY
Enter for a chance to win an Exclusive Eden Summers Prize Pack or an eBook Copy of Blind Attraction; the book that started the Reckless Beat Series. 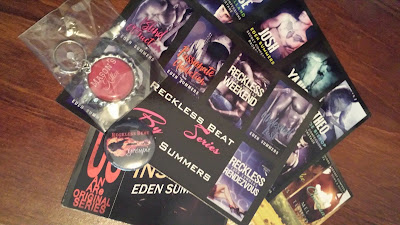 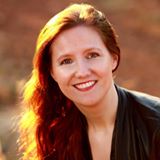 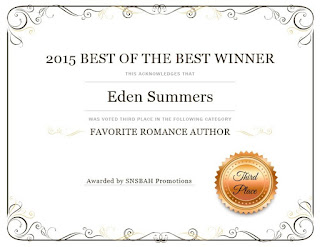 
Want to get to find out what is happening next with Eden?