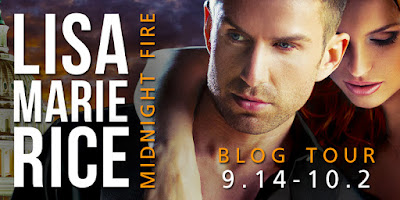 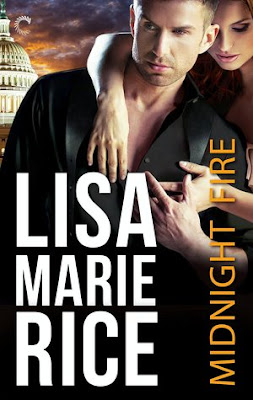 Jack Delvaux is alive
Summer Redding thought the blindingly handsome jock who'd loved and left her years ago had died in the Washington Massacre. She grieved for her lost golden boy as the rest of the country mourned their dead—until she comes home to find a very alive Jack Delvaux waiting for her with a devastating secret that turns her life upside down.
No longer the carefree man he was in his youth, this Jack is dark, hard and dangerous; a fifteen-year veteran of the CIA hungry for answers…and hungry for her. The rich, good-looking charmer who broke her heart once before would have been easy to resist, but this man, this powerful man? Summer needs him, and he knows it.
When Jack's mission uncovers evidence of government involvement in the Massacre—and plans for another attack—he's primed for revenge. But he has more than vengeance to live for now, and when Summer's life is threatened, it's nearly Jack's undoing. Someone taking shots at his woman? That's a dead man walking.
Goodreads
Amazon  |  B&N | iTunes

The Men of Midnight Series:


Unsettled, Summer turned to snake her way through the throngs pouring out the doors and down the stairs. Hector Blake’s funeral was stirring up things she had put in a box long ago. The bewilderment after her parents’ deaths, her heartbreak at Harvard when Jack had dumped her like an ice cream cone he’d licked and found decent but not special. At Harvard there had been so many tastes for him to savor.
It had taken her so long to get over him. An embarrassingly long time. Good thing he had essentially disappeared and she didn’t have to see him on campus with a different girl every week on his arm. She’d been so shaky at the time, it would have broken her heart even more.
Good thing she was strong now. No man would ever—could ever—break her heart again. Certainly not Jack or anyone like him. Too handsome for words, utterly charming, a lightweight.
Around her, several people pulled back quickly, almost violently, one woman stepping on Summer’s toes. The woman didn’t even turn around to excuse herself. She was being crowded by the person in front of her.
Summer wasn’t tall, so she had to go on tiptoe to see what was going on.
Oh. A homeless guy. A tall vet, dressed in filthy, tattered BDUs, smelling of urine and body odor, long lank greasy dirty blond hair hanging in dreadlocks over his face, down his back, an unkempt beard covering half his face.
Well. Though her own heart swelled with pity—with the economic downturn there were a lot of homeless vets on the streets—she understood the people in front of her jerking away from him. Homeless vets didn’t fit into the elite’s mindset. They shouldn’t exist and when the elite came across them, they shied away.
The vet turned his face toward her for a second and that’s when their eyes met. Sharp, bright-blue eyes. Eyes she’d seen in her dreams a thousand times. Eyes that had stared into hers when they’d made love.
He turned immediately and ran. Though Summer pushed through the crowd brutally, stepping on toes and elbowing people aside, she lost him.
The vet was nowhere to be found.

Harlequin is generously offering up 5000 Harlequin Rewards Points (US/Can only) as well as ebook copies of all four Men of Midnight books to one lucky winner! To enter, please fill out the Rafflecopter form.