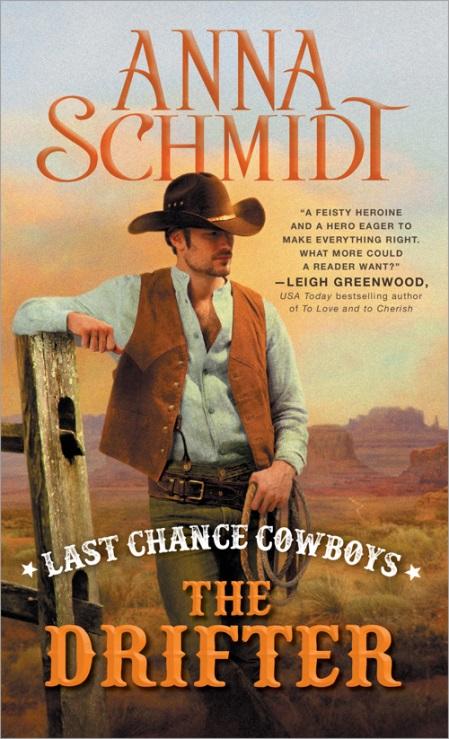 Caught between a greedy corporation and a desperate love of the land, Maria Porterfield barely has time to mourn her father’s death. If her family is to survive, it’ll be up to her to take charge—but she can’t do it alone. When a mysterious drifter rides into town, the handsome cowboy seems like an answer to her prayers. But Chet isn’t interested in settling down, no matter how tempting the offer…

Chet made his way West looking for a fresh start—the last thing he wants is to get involved in someone else’s fight. But something about Maria awakens a powerful need to protect the fierce beauty at all costs. He never thought he’d find love, but as danger presses in, he may find there’s more beyond the next horizon than just another long and dusty trail.


What is your favorite thing about writing western historical romance, or what attracted you to writing in this category?

Three words:
A love story set in the past with rugged cowboys and strong women? Come on, folks. Who wouldn’t jump at the opportunity to write what has become a trademark for the definition of the word “America?” Big sky, open land, horses, not to mention the challenges of a life spent carving out the future of a nation. Life or death choices to be faced. Impossible odds to overcome. The thrill of victory and the agony of defeat played out in real life—not on a sports field.
History is about lessons from the past that just might help us in the present. I can’t think of another time—at least in American history—when the stakes were so high or the potential for failure so great. What the men and women who left their homes in the East and traveled West sacrificed is mind-boggling.  They made a choice (not always willingly, I’ll grant you) that I doubt most of us would make today—to leave the known, the certain, the familiar most likely forever and travel into unknown country, face unimaginable challenges, overcome their fears and what had to so often be the soul-searing loneliness of the journey. And although many failed and others barely scraped by, as a group they became the very building blocks for the national persona that took on World War II when we were still staggering under the effects of the Great Depression, that came home from that war and built an economy and society second to none in the world, and that when we were attacked on our own soil on 9/11 refused to be cowed by fear. Who wouldn’t want to tell the stories of those pioneers whose lives and loves made us the best of who we are today?

Award-winning author Anna Schmidt delights in creating stories where her characters must wrestle with the challenges of their times. Critics have consistently praised Schmidt for her ability to seamlessly integrate actual events with her fictional characters to produce strong tales of hope and love in the face of seemingly insurmountable obstacles. She resides in Wisconsin.

Giveaway
Up for grabs is a paperback copy of Last Chance Cowboys: The Drifter.

To enter, fill in the raffleform below.