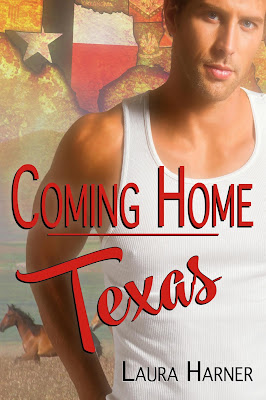 You know what they say—you can’t go home again—and Brandon Masters doesn’t want to. But when he gets a call that his father is down hard with a broken leg, he puts his thriving real estate business, his fiancé, and his life on hold and returns to his small town roots in Goldview, Texas, temporarily picking up the reins of the world he left behind. A dozen years gone should be long enough to erase the pain and humiliation he suffered when the town’s bad boy broke his naive teenaged heart.

Twelve years ago, Joe Martinez was left standing in the dust, his heart in his hand and his future on the line when the blond-haired, blue-eyed boy from the right side of the tracks left town without a backward glance. Or so he thought. Since then, he’s rebuilt himself from the boots up, to earn the respect of the community his father shamed.

When the now-Sheriff Martinez discovers Brandon has returned long enough to help his father recover, he realizes he’s been handed the perfect opportunity to get the answers he needs to move on—and maybe seek a little payback for pain and suffering. But businessman-Brandon has learned a thing or two about protecting his heart—and breaking down those walls may not be as easy as it appears. Irresistible force—meet immovable object. 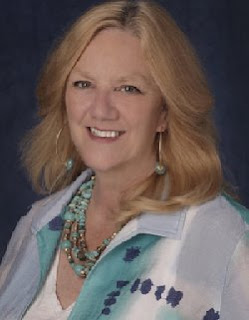 I live on waterfront property in Arizona because I've always wanted to be an oxymoron. I once enjoyed hobbies such as gardening and travel--now the characters my head compel me to tell their stories, so I write. (It doesn't actually help quiet the voices--but it keeps the folks in the white jackets at bay.)

I love to tell stories of people who find themselves in unusual situations (attracted to a best friend, in a haunted house, kidnapped for his own good, etc.) and then have to find way to push through whatever it is holding them back from finding love. I'm a big believer that love comes in many flavors, so among my titles you'll find MF, MM, and multiple partners of various combinations. In other words, love outside the lines. Suspense included, no extra charge.

My home is filled with an ever-revolving cast of characters--some of whom are actually real--and outside of writing and watching my Diamondbacks baseball, I am building my own version of the Willow Springs Ranch to turn into a writer's retreat.

With over fifty published novels and novellas, I'm rapidly approaching a half million books sold! I want to thank each and every reader who's taken a chance on one of my books--that makes you family. 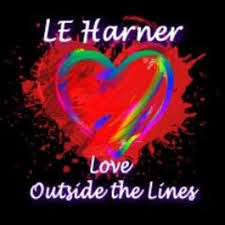