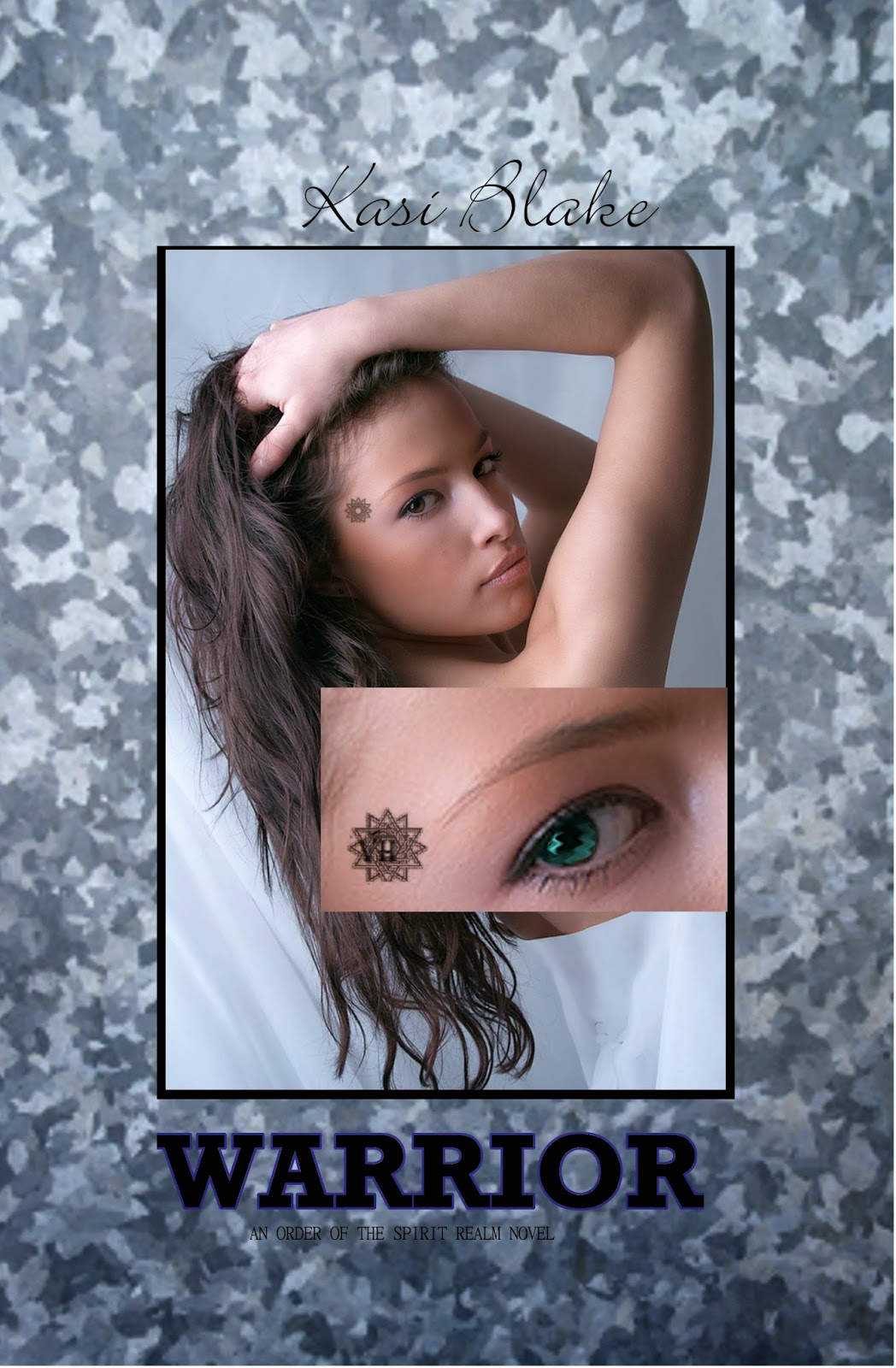 This is the third book in the Order of the Spirit Realm Series.  If you haven't read them, start with BAIT.  It is free at most online ebook vendors such as Amazon, B&N, Kobo, Smashwords, etc.
This book begins two years after HUNTER ended.  Bay-Lee is fighting a Devil Tree while her mentor and boyfriend, Nick Gallos, watches from the sidelines.  Things are tense between them.  She wants to amp up their relationship, but Nick has put on the brakes.  He's got one foot out the door, and she doesn't know what to do about it.
WARRIOR brings about closure and change, some good and some bad.  Together, Nick and Bay-Lee will take on the werewolf pack that killed her mother, face their twisted pasts, and face a friend turned enemy.
Quotes from WARRIOR:
Bay-Lee: You never told me I wasn't supposed to kill it.  You told me I couldn't kill it.
Nick: I should have known you'd take that as a challenge.
Keisha: Oh, don't play Miss Innocent with me, girl.  It was your idea for me to trade places with Nick's banshee, but you've been wearing a pouty face ever since.
Bay-Lee: I don't have a pouty face.
Keisha:  Sure you don't.
Bay-Lee (after knocking Keisha down):  You hit on my boyfriend, so I thought I should hit on you.
Little girl:  There's a monster in my closet.
He added, "Reapers aren't supposed to care. They don't have compassion or love inside of them."
"But you're still human."
"Because of you!"  It sounded like an accusation instead of gratitude.  "I haven't lost my humanity because I still have you.  His facial muscles tightened.  "I can't keep living like this."
Nick threw the talisman down and stormed off, heading for the castle.
She scooped the talisman off the ground.  It was precious, even if it was malfunctioning.  Without it Nick wouldn't be able to stay with her.  She ran until she caught up with him.  Slipping it into his hand, she begged him to keep using it.  "At least until we find something else.  Please."
The purple half-circles beneath his eyes attested to his lack of sleep and made her want to cry.  She cringed when he slipped the thing around his neck.  Asking him to live like this was horrible, but she couldn't let him go, not yet.

**I absolutely loved book one, Bait. Check out my review for Bait HERE**