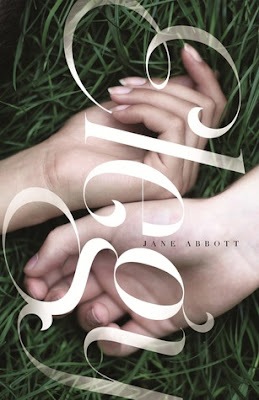 In a small Australian town, the most epic love story in history is unfolding . . . again.

Everybody knows everyone in Kincasey, and nothing ever happens. That’s what Jenny thinks when she moves there – until she meets the mysterious Michael Webster.

But when Michael gets into a fight with the town bully, long-held resentments simmer to the surface, loyalties are tested, and Jenny finds herself the centre of attention. Her situation isn’t helped by a deepening friendship with Michael’s stepbrother, Gabe, or her jealousy of Gabe’s beautiful but aloof sister, Caitlin.

Caitlin is the only one who knows the terrible truth: this isn’t the first life she and Michael have lived. They have a destiny to fulfil – and it’s time for Michael’s powers to awaken. But what use is power if it can’t give you what you most desire?

This is my first story by author Jane Abbott and it definitely won't be the last. I just fell in love with this book and couldn't get enough of it.

From the first page I was drawn in, Abbott's writing is simply fascinating and unique. I found the characters to be intriguing, fun and easy to connect with.
Everything just flowed so well together, with vivid detail you get lost within the pages.

This book is just amazing and I highly recommend picking up a copy. ^_^


What or who inspired you to become a writer?

My mum was an English teacher, so we grew up around books. When I was about 10 my grandparents gave me Tolkien’s Lord of the Rings for Christmas, and I spent the next five days holed up in my bedroom, only emerging for meals. When I’d finished, I promised myself that one day I would write a book like that. I haven’t, of course, and never will, but I’m happy to have made a start.


Who is your favourite Author & what is it that really strikes you about their work?

The million dollar question, and such a hard one to answer, because the truth is I have so many favourite authors, as well as favourite books. I love reading Patrick Ness; his work is so original and who else would have the guts to kill off a lovable dog? I’m a die-hard fan of anything by Stephen King; that man’s mind, as well as his work ethic, is second to none. Ursula Le Guin is, quite simply, an inspiration, and Alexander McCall-Smith, for his gentle wit and for outing Botswana.


What was the hardest part about writing your book?


What was your favourite chapter to write and why?


What was the most surprising things you’ve learned in writing your book?

That sometimes, no matter how crazy-sounding an idea might seem, there is always a way to bring it to life.

Do you ever experience writer’s block?

Not writer’s block, as such, but definitely self-doubt. Which probably results in much the same thing at the end of the day.


What is the last book you read?

The Sirens of Titan by Kurt Vonnegut Jr.


If you could trade places with any other person for a week, famous or not famous, living or dead, real or fictional. with whom would it be?

Indiana Jones. The hat, the stock whip, that laconic humour, and all those wonderful treasures! What’s not to love?

What do you like to do when you're not writing?

Spend time outdoors, away from four walls and a screen, kicking back with friends and family. Those are the moments that make the rest doable.


Is anything in your book based on real life experiences or purely all imagination?

The book is set in the central highlands of Victoria, where I have a small property, so the descriptions of the land and the farm and the town are drawn from that. I’m a huge lover of classic mythology, so much of that comes from my own reading, although obviously artistic license has been taken to rework the better known myths and legends. The rest is all imagined.

As a child, what did you want to be when you grew up?

A vet. I love animals, and thought it’d be great fun to take care of them. Then I did a week’s work experience at a veterinary clinic and realised you have to be made of pretty tough stuff to deal with some of the sadder aspects. I’m a real crier when it comes to animals. Thankfully, I’m also terrible at maths and science so I escaped that dream.


If Hollywood made a movie about your life, whom would you like to see play the lead role as you?

Scarlet Johansson. Or Jack Black. It’s a toss up.


Do you have any advice for aspiring writers?

Write. Just write. Don’t overthink it, don’t read about it, don’t do endless courses and get conflicting advice. Just write. Because anything can be changed, or edited, or improved, as long as it actually exists.


Is there anything you’d like to say to your readers and fans?

Thank you. Thank you so, so much, and I hope you have all enjoyed reading Elegy as much as I enjoyed writing it.


How would you describe yourself in 3 words?


What’s one thing readers would be surprised to learn about you?

What Scares you the most and why?

Vampires. My first boyfriend took me to see Salem’s Lot when I was sixteen. I didn’t sleep for six months after that. Two years later I read the book. I know, I’m a glutton for punishment.

When was the last time you cried over a book?

I honestly can’t remember. I know I bawled when I read Little Women, but that was decades ago. I’m not sure if I’ve cried over a book since then.


Tell us about your first kiss?

Ummmm … I would if I could remember it. I don’t think your first kiss is as memorable as your first love, and the two aren’t necessarily one and the same.


Light or Dark chocolate?  Dark
Sunrise or Sunset? Sunrise
Dogs or Cats? Both
Tea or Coffee? Tea
Favorite Colour? Blue
Favourite Disney movie? Yikes! I’m too old for Disney movies.
Name 5 of your fictional crushes as of right now? Manchee, Lassie, Black Beauty, The Cat in the Hat. And Cooper Bartholomew, of course. 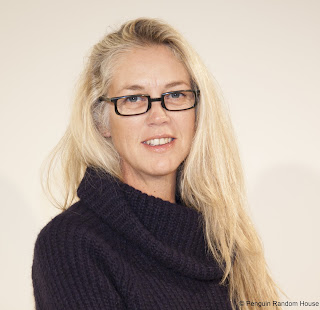 A single mother of two teenaged boys, Jane was born in the UK, raised in the leafy suburbs of Sydney’s North Shore, and now divides her time between Melbourne and central Victoria. Jillaroo, nurse, secretary, short-time teacher, office administrator (followed by a reluctant career in marketing), she has tried her hand at most things and lived in many places.
Her second manuscript, Watershed, was written in 2013; it received a Commendation in the 2014 Victorian Premier’s Literary Award for an Unpublished Manuscript, and secured Jane a place in the ACT Writers’ Hardcopy Professional Development Program for Australian Writers (Fiction Edition), where she met her future literary agent.

Thank you to Author Jane Abbott for answering my questions and for being on our blog today, it's been an absolute pleasure having you here.

Go get your copy of Elegy and start a most memorable story.