“If the merfolk were real, imagine how they might feel about the way we humans treat the ocean. That was my premise for Sins Against the Sea, a story deeply steeped in the mythology and folklore of the Scottish isles.” 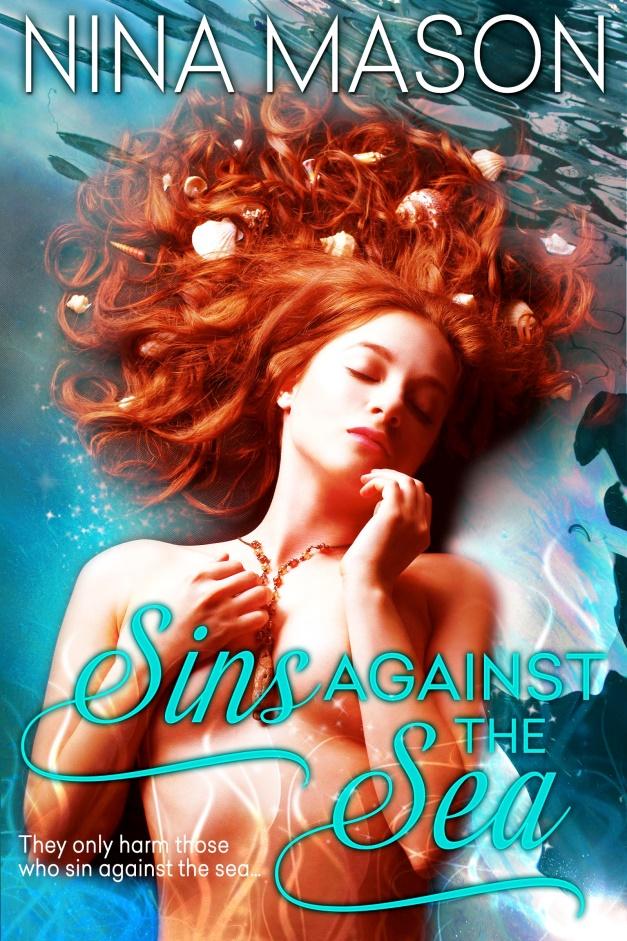 Cordelia Parker, an oil company spokeswoman, has never believed in magic, despite her late mother’s fanciful stories. Then, during an oil spill in Scotland’s mysterious Minch, her reality is shattered when she stumbles upon a merman in a hidden cave. Even more shocking, she feels the same soul-level connection to him she felt for the ocean before it claimed both her parents.

A fish out of water in his sexist culture, Cuan feels a powerful attraction to Cordelia, but, because she knows what he is, he is duty-bound to kill her. If humankind discovers the Blue Men of the Minch are real, they will destroy them the way they destroy the ocean, whose abundance belongs at once to all and none. Thus, the only way he can have a life with her is to prove she is more than she appears, trust her with his secrets, and give up his undersea world.

With so many obstacles to overcome, they will need a miracle to be together…or maybe just a splash of ancient island magic.


Nina Mason is an incurable romantic who strives to write the same kind of books she loves to read: those that entertain, edify, educate, and enlighten. She has one series out at present, Royal Pains, which follows a Scottish duke and duchess through the events of the Restoration period.

Born and raised in Southern California, Ms. Mason currently lives with her family in Woodstock, Georgia. When she isn't writing, she works as a consultant for Pure Romance, a line of relationship-enhancement products. Nina combines author readings with in-home Pure Romance parties. She also does Pure Romance parties on Facebook. For more information, email her at ninamasonauthor@gmail.com.

Here’s where you can find Nina on social media:

Find Nina on Goodreads: http://goodreads.com/ninamasonauthor
Subscribe to Nina's newsletter: https://vr2.verticalresponse.com/s/authorninamasonsnewsletter
Posted by Stacey at 6:00 AM