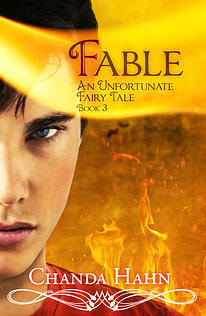 All that glitters is not gold.

When something precious is stolen from sixteen-year-old Mina Grime, she will do anything in her power to get it back, even if it means traveling to the dangerous Fae plane and battling one of the strongest fairy-tale villains yet.

However, nothing can prepare Mina for the dangerous obstacles she will face in the Fae world, or the choices she must make when love and life are on the line. 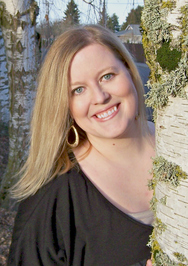 Chanda is the author of the popular YA Unfortunate Fairy Tale Series which includes UnEnchanted and Fairest. Both books have topped the ebook charts in 5 countries. She also pens YA epic Fantasy.

She was born in Seattle, Washington, raised in Nebraska, has lived in MN, IL and currently lives in Portland, Oregon with her husband and twin children. She's a former children's librarian and children's pastor. Currently she spends her free time penning new novels and a daytime taxi driver for her kids.

Mina stopped and parted the long weeping willow’s branches,
and could see the rose resting against Jared’s black boot. Wait…not
Jared—Teague.
Teague reached down to pick up the rose and brought it to his
nose to breathe in its scent. His hair was a lighter shade of brown
than Jared’s, and his eyes were a deep blue, while Jared’s were a
haunting gray. They both had similar angular jaws and drop-deadgorgeous
looks. Teague once again was dressed in black, and Mina
had a mind to joke about whether he was going to a funeral, but he
was, so the words died on her lips before she even spoke them.
Instead, she glared at him and held out her hand, demanding
the rose without saying a word.
Teague’s eyes widened and looked her over, never once
dropping his Cheshire Cat smile. “I only came to pay my respects.”
“What respect? You don’t respect me or my family.
Otherwise, your kind never would have cursed us.”
“You’re wrong—it’s always wise to respect your enemies.”
“Well, I don’t respect you.”
“You should, Mina. Do you see what happens when you
ignore your duty—when you ignore me?” He pointed to Charlie’s
grave, and his voice became threatening. “I don’t like to be
ignored, and now you have one less distraction in your life, so you
can focus more of your time on me.”
Teague’s words confirmed her worst fears. Her actions had
led Teague to strike out against her family and kill her brother. Her
stomach dropped, bile rose in her throat, and every inch of her was
sick with the guilt his words layered on her. It was her fault, and
she knew it. But she couldn’t show him how weak she was, and
how much his words had affected her. She had one more person to
protect: her mother, and she would not be negligent again.
“You’re not welcome here. So please leave.” Mina snatched
the rose out of Teague’s hand and felt a sting in her palm. She
winced in pain but refused to acknowledge it.
Teague reached for her hand, and Mina let him open up her
palm to inspect her wound from the thorn. She was still reeling,
and her whole body shook with anger. Teague leaned forward and
blew on the small cut in her palm, and it healed itself. She ripped
her hand from his grasp and took two steps away from him, almost
falling on the ground. She needed to keep better control of herself.
She needed Jared.
“How is my dear brother?” he asked, as if reading her mind.
“Why don’t you ask him yourself?”
His eyes darkened. “We are not exactly on speaking terms.”
“It wouldn’t have anything to do with the fact that you keep
trying to kill me, would it?”
“Now, sweet Mina, our fight goes back long before you were
born. But you can’t hold it against me that I’m only doing my job.
I’m supposed to throw quests your way, and you are supposed to
try to stop me. It’s as simple as that. I can’t help it if we have a
casualty or so in the process. That’s what makes the stories so
good.” He smirked. “That’s what makes them popular. That’s
what makes me powerful.” He was so close to her now that he ran
the back of his finger across her cheek, and she flinched and
smacked it away.
“I see that you are as disgusting as ever.”
“I see that you’re getting your fight back. You know, Mina,
out of all the Grimms over the years who died at the hands of my
fables, you are by far my favorite to toy with. I wonder why that
is?” he asked, appearing to ponder the question.
“Maybe because you picked the wrong girl to mess with.”
“I don’t think so. I’ve finally found the perfect Grimm. I think
you will be the most challenging. Which means your ending, the
tale that finishes you off, will make us both famous.”
Mina’s lip trembled, and she steeled herself to not show fear.
She stood her ground and looked Teague right in the eye. “A
thousand sweet words can never disguise the rattle of a viper about
to strike. I will not drop my guard ever again. And I will end this
curse…by doing whatever…or killing whoever…I have to.”
Teague’s face turned furious, and his lips pressed into an
angry thin line.
“Then be prepared, my dear Mina, for you won’t be able to
ignore this next tale. I’ve made sure of that.” He stepped away
from her. A crack of thunder rattled the earth and she jumped,
turning in surprise. A second later, pouring rain followed, soaking
everyone within minutes. Mina turned back toward Teague, but he
was gone.