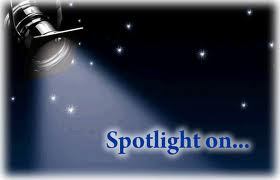 Good morning/afternoon/evening everyone! Today I am shining our spotlight on Imogen Rose and book one in her new Bonfire series.
Lets start with a little bit of info on our author. 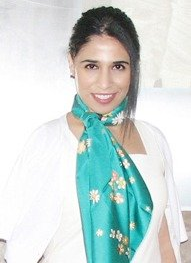 Imogen Rose is the author of the bestselling series, Portal Chronicles, which has attained cult status within indie literature and become a favourite among teens and adults alike. An immunologist by profession, Dr. Rose published her first work of fiction in 2010. She now writes full time and is currently working on her second teen series, Bonfire Chronicles. Imogen was born in Sweden and has lived in several places, counting London among her favourites. She moved to New Jersey in 2001. A self-confessed Hermes addict, Imogen freely admits to being obsessed with Kurt Cobain. She enjoys shopping, traveling, watching movies, and hanging out with her family, friends and chihuahua.

Now to the book!

Set in the foothills of the alpine mountains in St.Moritz, this exclusive private school caters to a special kind of student. Enter at your own risk... but if you are human, you may not want to enter at all.

WARNING: This YA story is set in a school for paranormals who are very different from normal human teens. Thus, the language and some scenes might not be appropriate for younger YA readers. Recommended for those sixteen and above.


INITIATION is the first book in the prequel series (Bonfire Academy) of the Bonfire Chronicles.

Here is an Excerpt!

“Well, Cordelia, are you glad to be back?”

“Ah, straight to the point.” His eyes narrowed into slits. “Very plucky. Most would have the sense to be more fearful and not ask questions,” he growled softly.

I held my breath, controlling my instincts. A snarl was always a signal for me to transform. But, I held back, on full alert.

“I was told that about you. And that’s one of the reasons you’re here. You’ve been appointed as a mentor.”

It was my turn to smirk. I got to my feet. “I can’t be appointed anything. Thanks for thinking of me, though. I guess it’s some kind of honor. But, no thanks.” I made my way to the door.

And crashed right into Jagger’s chest. I should have anticipated his move; lightning-fast location transfer was something covered in the first semester. I clumsily stepped back, then met his darkened gaze.

He lowered his head, brushing his nose along my neckline, breathing me in. I stood dead still, letting my fingers fuse. I shivered as his lips found my right ear, his every breath forming icicles against my skin. Then, he touched my fused fingers.

I boiled over with anger. Who the fuck did he think I was? Some silly human girl who’d melt under his pathetic attempt at intimidation? Not so.

“Step back, and I will.” My words were supposed to come out in a firm demonic growl, but instead, they slithered out in an unfortunate raspy whisper.

He chuckled under his breath and took a half step back. He needed to be taught not to mess with demons. Slapping the smirk off his face would be too much of a cliché. My mischievous demon instincts took over.

As the corners of his lips curled into a leer, I jerked up my arm and swiftly wrapped my fingers around the back of his neck, pulling his face down to mine. His eyes widened in surprise, but he made no move to resist as I stood on tiptoes and roughly parted his lips with mine. I kept my eyes wide open, gazing into his, as I explored his mouth, drinking him in. He yielded under my touch. The kiss became more and more fervent, until a surge of hot and cold, of terror and excitement, zapped through me–and him, by the surprise on his face–leaving us shocked and unable to move. Our eyes remained locked together as we stood suspended in time.

Jagger looked as dazed as I felt. His eyes searched mine, but I had nothing to offer, no explanation. Then, it hit me. Dad had mentioned the extremely rare phenomenon. I raked through my mind, trying to remember what he had said.

You can watch the trailer
HERE

Sounds good right? I will be reading and reviewing it in August so keep your eyes peeled.
That's it from me for today so wherever you are enjoy your day and...