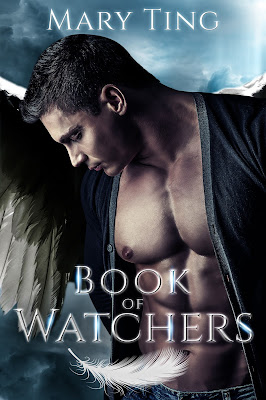 Before the Bible, there was Book of Watchers


Enoch wants to live an ordinary life. He’s content to lie low, skip his college classes, and avoid committing to any one girl. But ordinary isn’t on the syllabus for Enoch because at night, he dreams of demons. Vivid dreams that leave him wanting escape more than ever. When they escape his dreams and attack him during daylight, his reality becomes a nightmare.
As he pieces together the meaning behind the encounters, supernatural creatures emerge. Demons. Vampires. Witches. Angels. And they all want something from him. In a supernatural world he never thought possible, Enoch uncovers a secret that either will destroy him or force him to become much more than he ever wanted.

The scent of my own flesh and blood seeped through the walls. I didn’t bother to knock on the door, but instead flicked my wrist to the side. My power tore the slab of wood off the hinges, and I walked in. The family of four became immobile, their eyes wide with terror as they watch me saunter into their lives.


Fools.
They should be on their knees, bowing, worshiping me, but instead they stared like I was a ghost. Luckily for them, I felt tolerant. After all, I had come to claim my own. A happy occasion indeed.
I didn’t hide my true form, and I supposed I would be horrified if I were human and saw the likes of me. A demon. Over seven feet tall with ripped muscles, I towered over the entire family. But my face, reptilian with hardly any nose and rows of teeth like shark’s—I was a thing of nightmares.

International Bestselling/Award Winning Author Mary Ting/M. Clarke resides in Southern California with her husband and two children. She enjoys oil painting and making jewelry. Writing her first novel, Crossroads Saga, happened by chance. It was a way to grieve the death of her beloved grandmother, and inspired by a dream she once had as a young girl. When she started reading new adult novels, she fell in love with the genre. It was the reason she had to write one-Something Great. She also toured with Magic Johnson Foundation to promote literacy and her children's chapter book-No Bullies Allowed. 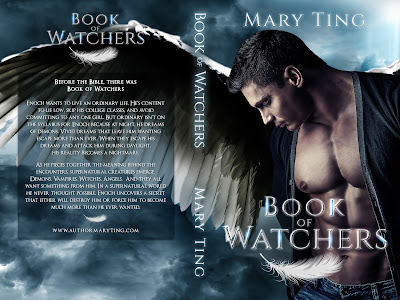