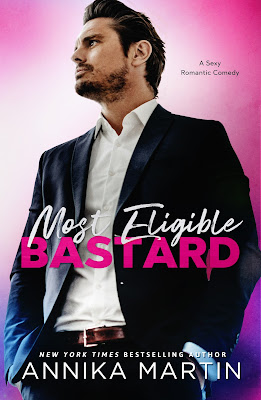 He’s a powerful billionaire CEO who built the family business into an empire. The money doesn’t matter to him, but the company is his life. And then his eccentric mother wills it all to her tiny dog.

********
I’m Vicky, the dog whisperer. (Not really, but that’s what my elderly neighbor always says.) When she dies, she surprises everybody by leaving a corporation worth billions to her dog, Smuckers. With me as his spokesperson.

Suddenly I go from running my Etsy store to sitting in an elegant Wall Street boardroom with Smuckers in my lap. And my neighbor’s son, Henry Locke, aka New York’s most eligible bachelor, glaring across the table at me.

Rumor has it Henry’s a business genius who’s as talented in the bedroom as he is in the boardroom. Sure, he’s gorgeous. Sex-in-a-seven-thousand dollar suit. But…

He’s arrogant and infuriating.
He refuses to listen to me when I insist I didn’t con his mother.
He thinks he can bully me, buy me off, control me, even seduce me.

Henry may have the women of Manhattan eating out of the palm of his hand, but I'm so over entitled rich guys who think they own the world.

No way will his wicked smile be charming ME out of my panties. 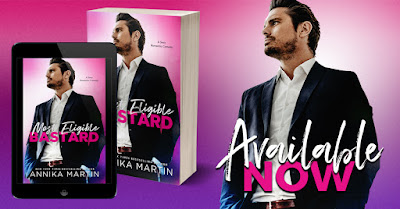 
I really enjoyed this book, I found myself laughing out loud (in a room full of people too lol), I swooned (boy did I swoon) and from start to finish it captured me.

A fun and very sexy read I highly recommend.

She glares at me now. “I can’t believe you tried to strip poor Smuckers of his vote. Do you have no decency?”
“When it comes to protecting this company?” I say. “No.”
Her gaze intensifies. “Just no?”
“None at all,” I say. “No decency whatsoever. Nada, if you will.”
Her pretty lips part. It’s shock. Maybe a little bit awe.
I give her an amused smile, adjusting my jacket sleeve over my cuff just so. The suit was tailored by a man who charges three hundred bucks an hour and is worth every penny.
“Uh,” she says. “You think you’re all that? You’re not.”
“Oh, I am all that,” I say. “I very much am. And for the record, I will crush you in the end.”
“Smuckers had this medication once,” she says. “We tried to hide it in his food, and he spit it out. No matter what we did, he’d spit it out.” She puts one finger on the paper with the new amendment and slides it back across the desk. “Smuckers doesn’t like when people try to fool him. That’s his message for you.”
“I have a message for Smuckers.” I put my finger on it and slide it back across to her. “Smuckers needs to know that we have a private investigator on this case. Smuckers might not have very nice food to eat if you ended up in prison.”
Finally she looks scared.
Brett swoops in. “I say we settle this. One-time offer from me personally.” He writes the number—$4,500,000.00. “This offer expires in two minutes.”
My heart pounds. She needs to take offer. We’ve shown how close she can come to losing everything.
She looks at the paper.
She’s all alone caring for that sister of hers. She’s poor—we have her banking information; we know it for a fact. She has every reason in the world to take it. Yet she hesitates.
“This is our last offer,” Brett says. “After this, we’ll take the company from you, and you’ll get nothing.”
She raises her brown eyes to me. It’s me she’s really dealing with. I like that she knows that.
“You know what Smuckers hates even more than being fooled?” she says.
My heart pounds. She almost lost everything to me, and now she’s going to tell me a dog story?
“He hates being threatened,” she says. “And bullied. He really, really hates it.”
“Well he’s going to have to get used to it,” I hear myself saying. “He’s used to bubbles and bows and sunny parks but he’s in the jungle now. There are animals who are faster and stronger and smarter than he is. Animals who will dominate him easily—savagely, even.”
“Then you don’t know Smuckers very well.”
“Oh, I know all about Smuckers, and I’d suggest he practice rolling over. Baring his belly for the superior predator.” I lower my voice. “Begging sweetly for mercy.”
The color heightens in her face. This shouldn’t be fun.
But oh, it is.
I keep going. “Smuckers may think he can request packets and bylaws and get up to speed, but he can’t compete here. He doesn’t have the skills.”
“Smuckers thinks owning fifty-one percent is the best skill to have,” she says. 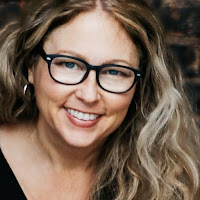 Annika Martin loves fun, dirty stories, hot heroes, and wild, dramatic everything. She enjoys hanging out in Minneapolis coffee shops with her writer husband, and also likes birdwatching at her bird feeder alongside her two stunningly photogenic cats, especially when she should be writing. She’s heavy into running, music, saving the planet, taking long baths, and consuming chocolate suckers. She’s worked a surprisingly large number of waitressing jobs, and has also worked in a plastics factory and the advertising trenches; her garden is total bee-friendly madness and her most unfavorite word is nosh or possibly fob. A NYT bestselling author, she has also written as RITA award-winning author Carolyn Crane.
Connect with Annika:
Facebook: https://www.facebook.com/AnnikaMartinBooks
Reader Group: https://www.facebook.com/groups/AnnikaMartinFabulousGang/
Twitter: https://twitter.com/Annika_Martin
Stay up to date with Annika by joining her mailing list: http://www.annikamartinbooks.com/newletter/
http://www.annikamartinbooks.com