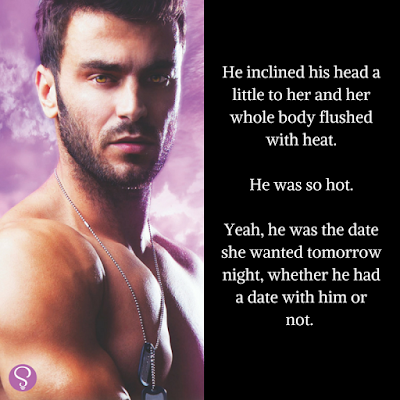 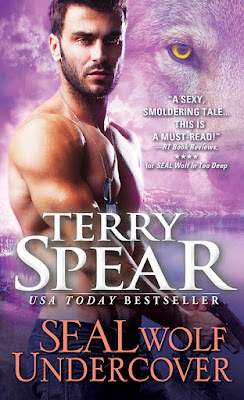 Never be so foolish as to fall for the enemy…

Special wolf agent Jillian Matthews has joined the jaguar-run United Shifter Force to track down a deadly criminal. She’s even willing to work with PI Vaughn Greystroke—until the hot, growly SEAL wolf makes the mistake of getting in her way. Naturally, she shoots him. Who could blame her?

Vaughn Greystroke has always worked alone. But when a string of attempted murders puts him in the crosshairs, teaming up with the Shifter Force begins to sound like a good idea. Even if he has to work with alluring—and potentially treacherous—Jillian Matthews. Vaughn is a trained SEAL, after all. He can surely keep his distance from Jillian...no matter how much she’s getting under his skin.

Formerly an army intelligence officer and now a PI, Jillian Matthews had agreed to go out with her brother Miles’s friend as a favor, but man did the guy have octopus arms. Oh sure, he was fun, but way more interested than she was. The guy several tables over, now he got her attention. If she didn’t know any better, she’d say he was all wolf, though some human males showed the same wolfish interest in a woman, even if she was with someone else. She’d never think about dumping a guy on a date when he was being nice, especially when it was to pay her brother back for his help in solving one of her cases. But she’d made sure she said it was only one date, unless she changed her mind.

Everything about the club was a blast—the music, drinks, dancers, and atmosphere—yet the man at the other table truly stole her attention tonight.

“Did you want to return here tomorrow night?” Miles asked.

She smiled at her brother. She’d love to if the other guy was going to be here. He had dark hair, chiseled features, tanned biceps. He was muscular but not overdone, and had a darkly, intriguing smile that made her melt.

“Sure,” she said, secretly wishing she could see tall, dark, and intriguing. Maybe tomorrow he would ask her to dance or she’d ask him. The guy’s own date looked bored and Jillian hadn’t seen him dance until women began asking him. As soon as a blond did, it was like a signal to other single women that he was interested and available. If Jillian had been without a date, even she would have asked him to dance. She’d help him move that gorgeous body right up close and personal. Her own date wasn’t interested in dancing with anyone else, so she curbed the inclination. She could envision hanging onto the guy too, if he still piqued her interest and not allow any other woman to take a turn with him.

“Hey, you ready to go?” Miles asked, breaking into her fantasy. “If I’m going to help you on that next case, I need some sleep.”

His date was a human woman, and Jillian knew her brother too well. Sleep wasn’t what he had in mind at all.

“I can take you back to your hotel,” her date said, as if he were looking for some mattress action too.

“Oh, thanks so much, but no, that’s fine. Miles is right. We have to get up before the crack of dawn.”

She and Miles rose from the table, Jillian’s date not making a move to leave. “See you tomorrow night then,” he said.

Not if she could help it. She gathered her sweater and bag, and though she didn’t want to seem too obvious that she was interested in the other guy, she glanced back at him. He inclined his head a little to her and her whole body flushed with heat.

He was so hot. Yeah, he was the date she wanted tomorrow night, whether he had a date with him or not.

Then suddenly a scream caught Jillian’s attention. One of the corner chains holding a dancer’s platform had broken loose, and the dancer on it screamed again. Thank God the dancer had reacted quickly enough to grab one of the remaining four chains holding it up before she fell. Dangling twenty feet above the patrons, she clung precariously to the end of the chain, looking up as if she was thinking of trying to climb up it. Before Jillian could do anything, the wolfish guy she had been admiring had climbed the ladder to the platform. He leapt to one of the chains still holding the platform, and shimmied across the top of it to reach the chain the dancer was holding onto.

The music was still in heavy jungle beat mode, most patrons unaware of the potential tragedy unfolding before them. Jillian rushed to tell a server to get help and to turn off the music so the guy rescuing the woman could concentrate.

“Hell, that’s part of the show,” the server said, smiling at her. “You’re not from around here, are you?”

“The guy trying to rescue her is part of it too?”

The server glanced up at him. “No. Once in a blue moon we get some hero type that has to show off how macho he is. He must not be from around here either.”

“He could injure himself! Kill himself even!”

“Safety nets spring up and will catch them if they fall. We’ve only had one case where we’ve had to use them, and everyone, including the would-be hero, loved it.”

Then the man managed to climb down the chain to the woman and had her crawl up his body. As agile as she was, she probably could have made it up the chain by herself if the heroic guy hadn’t tried to rescue her. The dancer wrapped her legs around his waist, her arms around his neck as he made the treacherous climb up.

Even so, Jillian was practically holding her breath. The visitor wasn’t part of the show, and any misstep on his part could mean the two of them could fall. Maybe he knew this was part of the show. Maybe the waiter didn’t realize it.

The music was still playing, but a lot more of the patrons had stopped to watch, probably because only once in a blue moon someone came to the dancer’s rescue.

At the top edge of the platform, the guy made his way across the wooden edge until he reached the next corner chain. He paused there for the longest time. The music was still playing, the only lights the ones highlighting the dancers on their platforms. The other dancers no longer moved, riveted by their fellow dancer and the heroic guy. If he jumped to the ladder and missed, that would be the end of the show, and the dancer and the good Samaritan would fall. What if the net didn’t appear in time?

Jillian wanted to do something, anything to help him. All she could do was lamely watch and pray he was successful.

USA Today bestselling author Terry Spear has written over 35 paranormal romances featuring werewolf and jaguar shapeshifters. In 2008, Heart of the Wolf was named a Publishers Weekly Best Book of the Year. A retired officer of the U.S. Army Reserves, Terry also creates award-winning teddy bears that have found homes all over the world and is raising two Havanese puppies. She lives in Spring, Texas.

Read the series from the start! Enter to win a copy of A SEAL in Wolf’s Clothing by Terry Spear, the first book in her SEAL Wolf series