The Dragonian's Witch by Meg Xuemei X PLUS Giveaway! 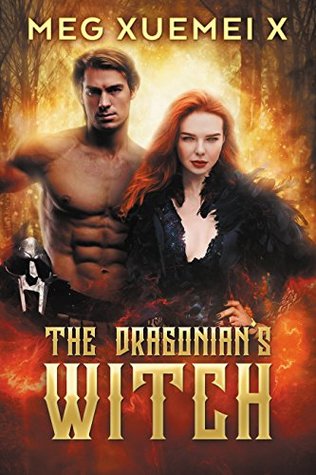 
He abducts me to find his fated mate, unaware that I am she.
I am Freyja, the First Witch. I was born with a cruel curse: anyone I touch with my bare skin will die an agonizing death. That is, until a formidable, drop-dead gorgeous Dragonian prince invades my forest home.
The prince’s lust burns hot and bright for me, yet he resists, wanting his destined witch more. The oracle promises the witch will be his true queen and bring him the greatest kingdom on Earth. Knowing he’s the only man who can touch me, I crave his scorching caress. But I’ve sworn never to reveal that I am the witch. Not until he chooses me above her.
When the mating frenzy drives both of us to the brink of insanity, someone has to give, but it won’t be me. 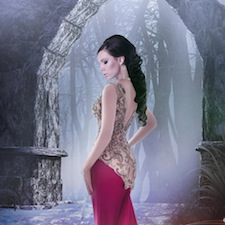 Author Bio:
Meg Xuemei X is an award-winning author of steamy paranormal and sci-fi romance. She finds it dreamingly delightful to be around drop-dead gorgeous alpha males who are forever tormented by her feisty heroines, formidable alien angels, wild shifters, haughty fey, dark vampires, and cunning witches.
She's visited the universe of The Empress of Mysth, The First Witch, and Dark Chemistry. Next she'll boldly go to the badland of The Wickedest Witch. At this moment, in her southern California abode, she's packing as many forbidden weapons as she can carry. Her favorite one was a magical whip.
She is always happy to hear from readers and welcome new friends on Facebook.
Facebook: facebook.com/MegXuemeiX
Email: megxuemei AT gmail.com
She'll be giddy if you sign up to her mailing list at eepurl.com/YxOcn to hear about her new release, discounts,giveaways and fun stuff!