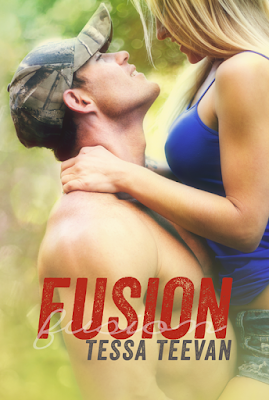 Where do babies come from?
The question every parent dreads hearing has finally fallen from the lips of six year old Ava Banks, the curious, precocious little girl that you fell in love with in Ignite. Jeremy and Sierra, normally blunt as can be, struggle to find the right words to answer her. So instead, they rewind sixteen years to that one fateful day where a game of Seven Minutes in Heaven inevitably led to life-long romance filled with laughter, love, and many, many mishaps along the way.
Falling in love with your best friend? It's the most incredible thing in the world. But when a love comes so easily, will it truly be able to last? When the world comes crashing down around you, can even the strongest relationship withstand great tragedy?
Stay tuned for lots of laughs, teenage awkwardness, a few tears, and most of all, mullets. Because what good love story doesn't do business in the front, and party in the back?

**While Fusion is a standalone romance, it’s best read after Ignite.
Ignite (Explosive #1)
One Click on Amazon 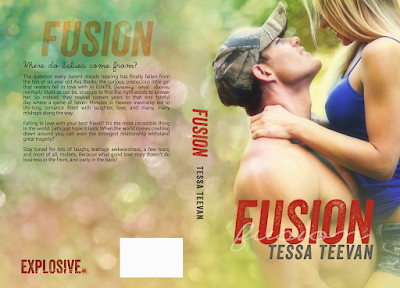 Excerpt
“It’s fine, Jeremy. I promise. I have no problem being the Tod to your Copper. Or the Joey to your Dawson. That’s who I am.” She hesitated for a brief moment. “That’s who I’ll always be. You’re my best friend, Jeremy. It’s okay that you don’t see my boobs. Hell, it’s probably better that way.”
My stomach plummeted and if I was man enough to admit it, my eyes burned with an unexpected rush of tears. I stepped back, out of the streetlight so she couldn’t see me. It was a move she misinterpreted, but before I could find a single ounce of courage, she was waving goodbye and running into her house, leaving me there to watch her go.
Something I never wanted to do again.
It wasn’t until after Sierra left for Ohio and I had a chance to reflect on her words that I realized what she’d said. Dawson and Joey, as of right then, weren’t even speaking. Copper and Tod went their separate ways, and even though their friendship remained, they were still apart for the rest of their lives.
I didn’t want to be Copper anymore. I sure as hell didn’t want to be Dawson.
But it was too late. I’d lost my chance. I’d missed my window. Sierra was gone and there was nothing I could do about it.
Jenna was right.
I was an idiot.

I'm a twenty something book junkie who is also obsessed with sports. Bengals, Buckeyes, Reds are my teams! I work for the government during the day, hang out with Air National Guard on the weekends, and have been married to my own book boyfriend for over seven years. We currently live right outside of Dayton, OH with our two cats.
If I’m not writing or looking through tons of photos of hot men, all in the name of research, then you can probably find me curled up with my Kindle, ignoring the rest of the world. I love my sports almost as much as I love my books. My other obsessions include red wine, country music, and all things Grace Potter.

Connect with the Tessa