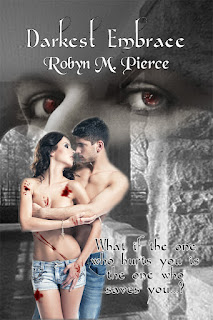 Blurb- While running away to escape the actions of her deceased father, Elyssa Smith is caught in the worst storm that Lanistter Isle has ever seen, forcing her to seek shelter in the only place nearby -- Lanistter Castle. Soon, however, it's made clear that the inhabitants of the castle are the ones she's running away from in the first place.

Zeke Lanistter is the head of the European Lanistter branch -- and a sadist through and through. He has bloody plans for Elyssa, and will stop at nothing to get rid of her.

Reid Lanistter is known by many for his womanizing. But when Elyssa enters the castle, he does all he can to protect her from Zeke, unexpectedly morphing into a one-woman man.

In a sinister turn of events, Reid becomes the danger to Elyssa's life, and it’s Zeke who finds himself doing whatever he can to protect Elyssa...

Review- What a perfect little escape! Mystery, action and a love triangle- what more could you want? When strong-willed Elyssa is forced to stay within the confines of the Lanistter Castle at the hands of one Reid Lanistter she never thought she would fall for her captor nor he for his prisoner. Their new found relationship isn't without drama though. Elyssa is in danger of becoming the next victim of Zeke's (Reid's brother) sick and twisted desires. The battle to keep her safe is intriguing and intense. But when a soul comes back to haunt the Lanistter Castle, Elyssa is left not knowing who to trust. Reid, her lover, who even though she loves with all of her heart, isn't quite right or Zeke, who has a disturbed lifestyle but can't seem to shake the fact that has some sort of feelings for Elyssa.


Robyn M Reid delivers an intense love story (or should I say love triangle?) that will have you captured from the very first page. Her writing style makes the story flow smoothly with no confusion in the storyline. Her writing shows that she put in a lot of time preparing the story and its characters before putting pen to paper.


Lanistter Castle is a place I would definitely run away to again. And with Book 2 in the works I won't have to wait long. Destructive Embrace is expected to be released in late October 2012.


Some Info on Robyn! 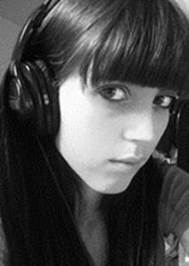 Robyn Pierce is an up-and-coming writer from Las Vegas, where the night is never-ending. She dabbles in PhotoShop, photography, modeling, and enjoys editing the work of others. She is currently working on a book series and can't wait for the world to read the stories.

Robyn had some spare time to answer some questions. Here they are.

Q1- So congratulations on your first novel Darkest Embrace. What inspired you to start writing?
Well, I was fifteen and in Geometry class. The teacher tended to go off into these little tangents (hah! Math-appropriate language!) about his past loves, so I usually spent most of class reading the novel my friend was working on. Eventually, he and I began collaborating on a few stories and, while those didn’t go anywhere, the love of writing stuck with me. A million roleplays and one very supportive English teacher later, and I had the idea for a 3-book series telling all of the stories of the Lanistter family. Now that number has grown, but I think that just emphasizes my love for what I’ve started. :]

Q2- Who is your favourite author?
This one is easy, at least! Richelle Mead. While I was reading her Vampire Academy series, I just felt this intense connection to all of her characters, and that inspired me to try to make the kind of relatable characters that I love to read about.

Q3- And your favourite book?
This one isn’t so easy! I don’t think I have one specific book that I would read over and over again. It’s more like… There are so many books that I would just love to read over and over again until I die, starting with the whole Vampire Academy series, and tossing in Meg Cabot’s Mediator series as an honorable mention.


Q4- Is the paranormal something that has always interested you?
Yes, I have always had a love for all things paranormal. I grew up watching Charmed with my mom and my grandma, along with anything spooky or just plain out of the ordinary, although the creepy things I was forced to watch alone. Ghost stories, vampires, werewolves, demons, angels, mediators… I love them all.

Q5- I love that the entire book was based in the one location yet you still managed to keep it flowing and interesting. Was that hard to do?
No. This one was easy. I’ve been working on The Lanistter Chronicles for such a long time, and with this being the first book in the series, the European Lanistter castle is someplace that I know inside and out. There is always somewhere inside it that I could bring them to if any of the ‘usual’ spots start to feel boring. We’ll learn more about them in Destructive Embrace.


Q6- The characters in the book all have their own unique mental issues. Was that difficult to write?
Not at all. I like to think we’re all a little bit insane inside, whether we’ll admit it or not. Occasionally it took me a few minutes of frustrated mumbling under my breath and pulling at my own hair in order to channel certain moods, but for the most part, it was easy to just find a bit of humanity in them all. Just enough to drive them – and those around them ;D – a little crazy.

Q7- Elyssa is a very strong willed and determined young woman. Is there a little of yourself in her?
I would like to say there isn’t, and that I’m not a full of myself just enough to put some of me in her, but even now, as I read back through DE or write new things involving Elyssa, I sometimes roll my eyes and just mutter, “Yea, that’s so you.” Because somehow a lot of me wound up in there. And yet I don’t think I would have the nerve to deal with what she did!


Q8- Book 2 Destructive Embrace is due out later this year, can we expect a book 3?
Yes, Destructive Embrace is due out later on, no later than the end of October if everything goes according to schedule. And yes, I hope you can look forward to a third book. However, it won’t be with the characters you’re used to by then. Book three will involve the American branch of the Lanistter clan, and I hope everyone loves them just as much as they seem to love the crazies on Lanistter Isle.


Q9- Now a couple of random questions. Reid or Zeke?
Nooooo! -falls over in despair- The question I have dreaded since I first realized there was something there! I love them both to death. There is just something about each of them that always has me running back to each of them. Reid is just so much fun, and ever the pervert, so he’s nice to spend time with. But Zeke’s intensity… There’s just something about him that I’ve kind of been in love with since the moment he first existed. [I know: bad Robyn! Falling for your own creation!] I don’t think I could ever fully choose between the two, but I always somewhat lean more toward Zeke than Reid. [Meanwhile, Reid pouts in the corner like the lovely little brat he is…]

Q10- What is your favourite animal?
Oh, yay! Back to the easy questions! -wipes sweat from brow- I love cats. I have two of my own, and a couple of darling little demons they are! They’re my little babies, haha, and I love them.

Q11- Favourite smell?
Coconuts. Hands down. Shampoo, conditioner, lotion, everything coconutty, I love. A close second would be the plumeria scent that Bath & Body Works has…

Q12- A question from my sister Emma- What is your favourite romance movie?
Hmmm. Good question. I’m not sure I know, to be entirely sure. I love The Notebook, Sweet Home Alabama, recently watched Pride & Prejudice and loved it… Hmm. I don’t think I have a favorite, though. No wait, I know! -snaps fingers- It has to be Nightmare Before Christmas! …Not a romance? Pish! Jack & Sally are my favorite together, that’s romance enough for me! :]

Thanks Robyn for taking the time to answer my questions. I look foward to Destructive Embrace.

You can stalk Robyn and her books with the following links